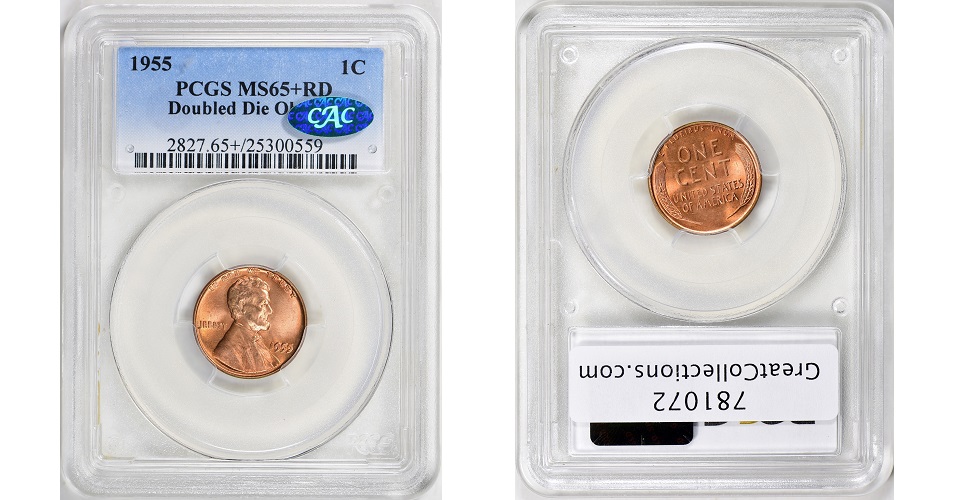 March 2, 2020. Irvine, California — A very rare 1955 penny which was struck with a doubled die sold for a new world record price of $124,875 at an unreserved auction by GreatCollections on Sunday, March 1st.

The auctioned coin is the finest known of the famous U.S. error and was graded MS-65+ RD by PCGS, the leading third-party grading service for rare coins.  It was also approved by CAC, another third-party company who reviews coins for originality and condition.  It last traded at an auction in 2018, where it brought $114,000, another world record at the time, far surpassing the third-highest price of $62,100 for an example sold in 2005. 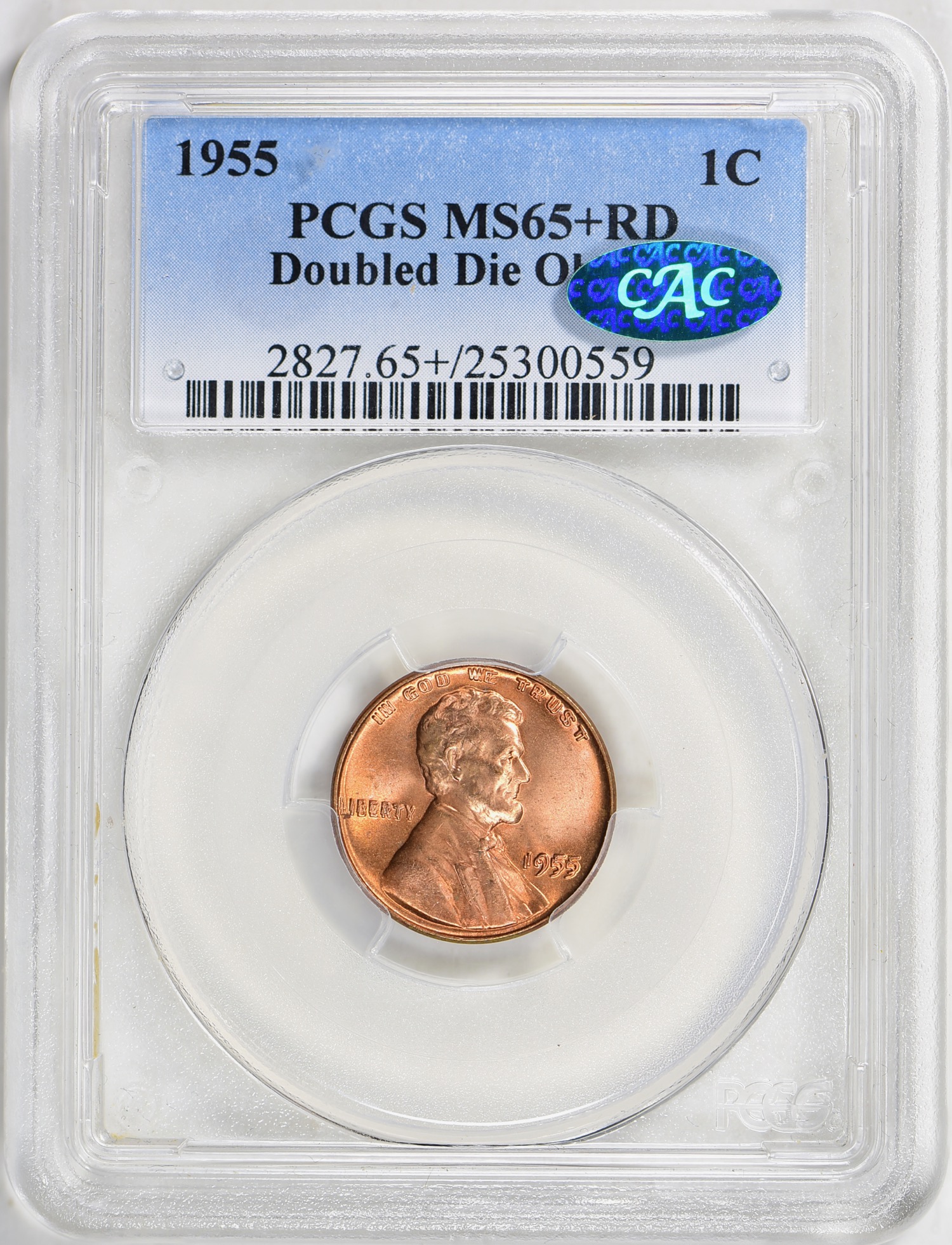 Major doubled die varieties occur on a dozen different years between 1909 and 1995.  They are caused by the coin’s die being struck more than once with a hub, while being rotated at a small angle. The result is a very clear doubling of IN GOD WE TRUST, LIBERTY, and the date 1955 that can be seen with the naked eye.

There was significant press at the time, not to mention coin dealers offering an immediate profit to those lucky enough to find the error, and, as a result, it is estimated up to 10,000-15,000 exist today in varying condition from average circulated to Mint State/Uncirculated grades. A typical example in low grade Mint State/Uncirculated can sell for $2,000-$3,000.

This is one of the most famous of U.S. coins and being the single finest, it attracted a lot of attention from serious collectors and dealers over the past few weeks. The winning bidder is a serious Lincoln cent collector from the East Coast. While we do not disclose individual bidders’ identities, the underbidders could combine to form the who’s who of American numismatics.

Over 140 registered bidders were actively tracking the 1955 Doubled Die, and the listing attracted over 6,000 page views — all while the financial markets were having one of their worst weeks in history, proving how immune the rare coin market is to the global stock markets and economy.

Other highlights sold by GreatCollections on March 1st include a 1915-S Panama-Pacific gold $50 round commemorative that realized $88,749 and the finest 1888-O Morgan silver dollar that sold for $34,031.

The original auction listing can be viewed here.

GreatCollections is an auction house for certified coins and paper money, as well as coins approved by CAC, handling coin/banknote transactions from start to finish. For sellers, GreatCollections offers professional imaging for each coin/note, cash advances as appropriate, extensive marketing, and other individualized services generally not available with other auction houses and websites, freeing the seller to do nothing except collect the proceeds of the sale. Buyers benefit by entrusting a venue whose principals have years of numismatic experience and whose reputations in the industry are impeccable. Ian Russell, the owner/president of GreatCollections, is a member of the prestigious PNG (#785) and is a Life Member of the American Numismatic Association, while the company is an authorized submitter to PCGS, CAC, and is a member of the National Auctioneers Association. Calif. Auctioneer Bond #106582267.