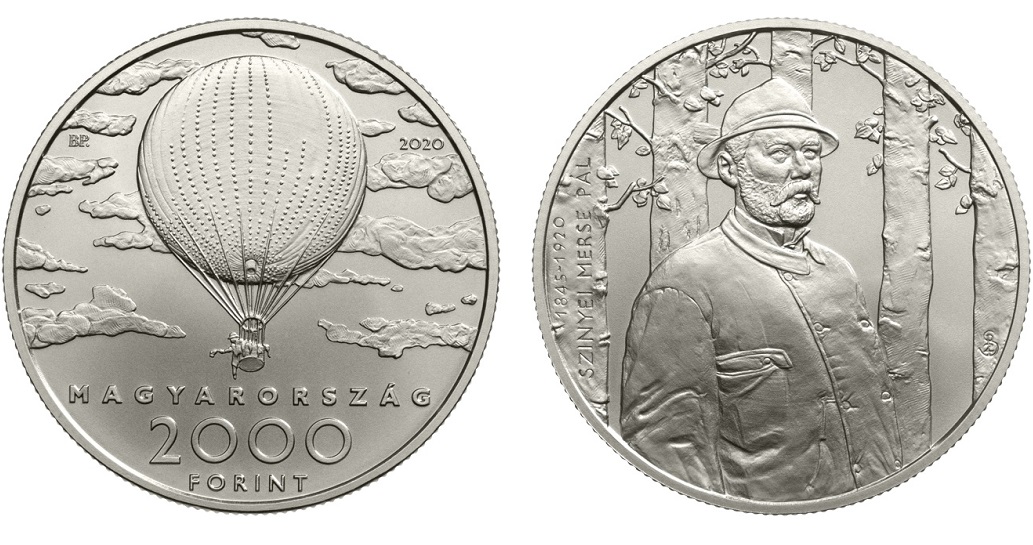 Pál Szinyei Merse, one of the earliest practitioners in the school of Hungarian and Central European Impressionism, is being commemorated by the Hungarian Mint with a pair of coins, one silver, and the other copper-nickel, on the 175th anniversary of his birth on July 4, 1845.

Szinyei began his studies at the Munich Art Academy in 1864, and by 1869 his early sketches already revealed his search for new ways of expression. At the same time as his Western European peers, he discovered the problems with outdoor painting and the artistic rendition of sunlight and developed independently his own rich, realistic style of landscape and portrait painting. He did not get to Paris until 1908 to see for himself what others had done.

He won a gold medal at the 1873 World Fair in Vienna for his painting Bath House, but his main work from that period, Picnic, was met with little enthusiasm. He returned that to his family estate and it was not until 1896 that his work began to get recognized. He then went back to the life of an artist and won numerous gold and silver medals (1896 Budapest, 1900 Paris, 1901 Munich, 1904 St. Louis, 1910 Berlin, 1911 Rome); the Uffizi Gallery in Florence asked for his Self-portrait in a Leather Jacket, painted in 1897. It is still there today, part of the museum’s famous collection of self-portraits. 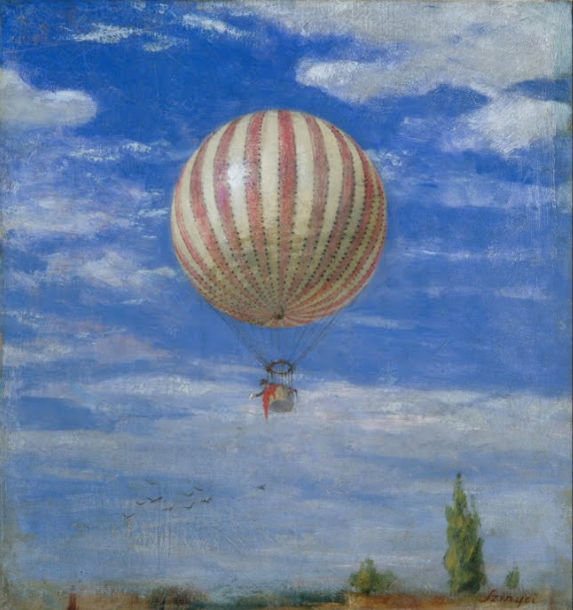 In 1896, he was elected to Hungary’s Parliament, where he advocated for major reforms in art education. In 1905, he became director of the Academy of Fine Arts of Budapest, an office he held until his death in 1920.  In 1908 he was one of the founders of the first society of modern art in Hungary, the Circle of Hungarian Impressionists and Naturalists. 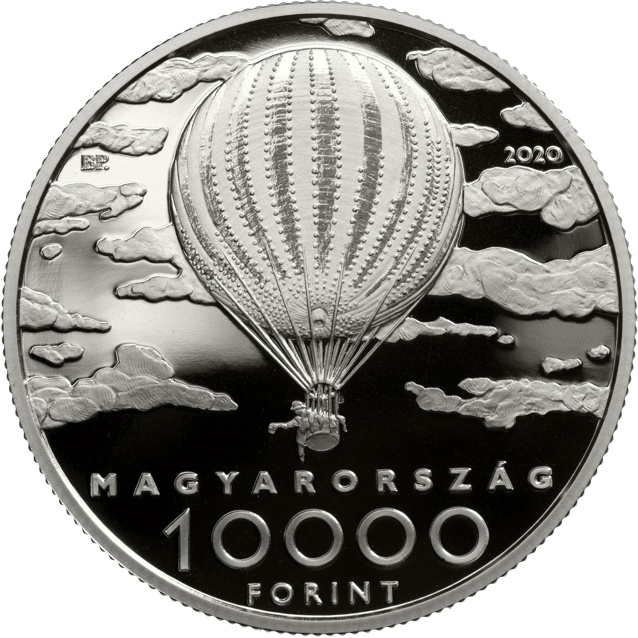 Szinyei’s paintings are the basis for both sides of the coins that are identical in design and differ only in face value and metal. The obverse is based on 1882’s The Balloon (Léghajó in Hungarian), a work now part of the collection of the Hungarian National Gallery in Budapest. It is said that the work was inspired by a balloon trip taken by the artist’s brother-in-law in May 1873. The painting symbolizes freedom in art and thought, but does not become too abstract. The numbers used for the denomination reflect the form of the air balloon. 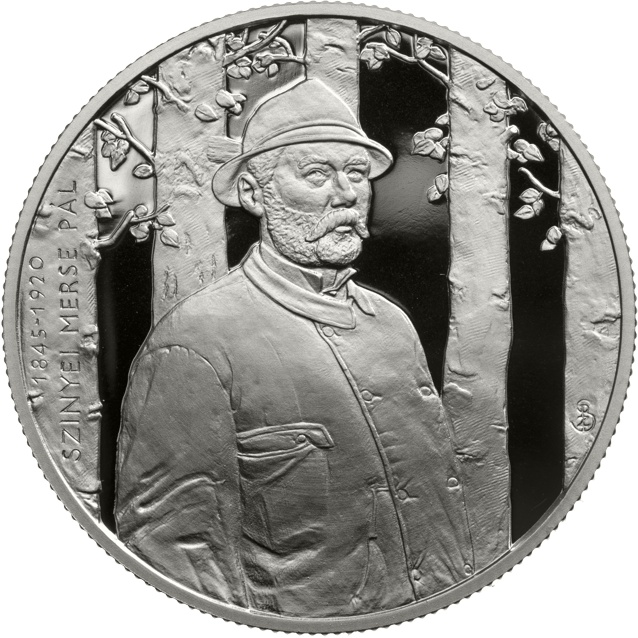 The reverse is a replication of the Uffizi’s Self-portrait in a Leather Jacket. The legends on the reverse are creatively integrated into the trunks of the trees: SZINYEI MERSE PÁL on the left, with the dates 1845-1920, and the mark of designer Borbála Szanyi on the right.

To order, or for more information on these coins and others of Hungary, contact the Hungarian Mint’s North American Representative at P.O. Box 399, Williston, VT 05495, call toll-free at 1-800-421-1866, fax 802-536-4787, email , or click on the Hungarian flag here for secure website ordering. Add $5.75 to each order for shipping and handling in the U.S.A. Shipping to other countries will be based on actual cost. Vermont residents add 6% sales tax. Those desiring to receive information and photographs electronically on a regular basis can provide their email address to .