The Bulgarian National Bank has issued (21st March)  a commemorative silver coin featuring the Zograf Monastery. This is part of the coin series “Bulgarian churches and monasteries”. 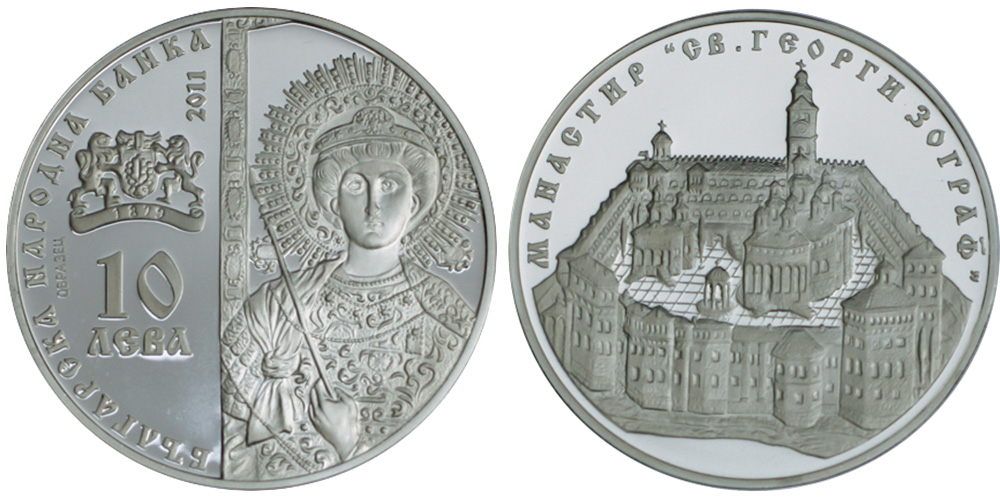 The obverse of the coin was designed by Ivan Todorov. The right half features the logo of the Bulgarian National Bank and the nominal face value of ‘10 ЛЕВА’ (BGN 10). Additional inscriptions include ‘БЪЛГАРСКА НАРОДНА БАНКА’ (BULGARIAN NATIONAL BANK) and date of issue ‘2011’. The left half of the obverse features the icon of St. George Zograf, which is kept at the Zograf Monastery on Mount Athos.

The reverse of the coin, designed by Todor Todorov, is based on a 19th century engraving which depicts the Zograf Monastery. The inscription above reads ‘МАНАСТИР „СВ. ГЕОРГИ ЗОГРАФ”’ (St. George Zograf Monastery).