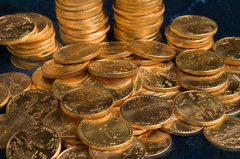 Two days ago, an article was posted at zerohedge.com (http://www.zerohedge.com/article/trading-over-counter-gold-and-silver-be-illegal-beginning-july-15) that has panicked many readers into contacting coin dealers and precious metals commentators to ask if it will be illegal for Americans to buy and sell physical gold, silver, platinum, and palladium after July 15

The quick answer is that for almost all such customers, there will be no change in operations after July 15.

The zerohedge.com website has already posted two subsequent articles with additional information to explain that the markets that will be affected are not those where the physical delivery of precious metals is made within 28 days.  What seems to concern many people was the reference to “over the counter” trades being banned.  The actual transactions that will be affected are those for “Over The Counter” (OTC) paper contracts for foreign exchange which may also involve taking a long or short paper position in precious metals—the kinds of metals that are not meant to be delivered within 28 days.

Last year, when Congress was wrangling over the language in the Dodd-Frank financial reform legislation, there could have been a real problem for dealers in physical precious metals.  The version initially approved by the House of Representatives would have required coin and bullion dealers to deliver physical metals within 2 days of receipt of payment.  The Senate version included language giving dealers 28 days to make delivery after payment.  Had the House version been included in the bill that was enacted, that would have made it almost impossible for dealers to serve customers, especially those who wanted to make payment by personal or company check.

The national trade association for rare coin and precious metals dealers is called the Industry Council for Tangible Assets (ICTA).  I have been treasurer and served on the board of directors of ICTA since 2002.  As part of my service, I had a minor role in ICTA’s work in persuading the Congressional Conference committee to go with the 28-day delivery limit.  At the time, we tried to ensure that the legislation has little to no effect on most dealers in physical precious metals.

To be clear, the kinds of transactions that will be prohibited starting July 15 include paper contracts to go long US dollars or other currencies and short precious metals, or vice versa.  A large number of derivative contracts traded by hedge funds will also be prohibited because they do not involve physical delivery of the underlying merchandise within 28 days.  By now, multiple funds have announced that they will cease trading such contracts once this new regulation takes effect.  It is also possible that people who have leveraged positions may be affected by this new regulation (check with your attorney if you trade on margin).

So, for those customers who have contacted me in the past 48 hours asking if they have to sell their physical gold and silver before July 15, the answer is no.  You can relax.  You will be able to buy or sell your physical precious metals after July 15 with no noticeable difference for most people.

In the short-term, the new regulation is unlikely to have much impact on gold and silver prices.  In the medium- to long-term, though, I suspect that the elimination of some paper trading and derivatives trading in precious metals will make it easier for precious metals prices to rise.  On that basis, it may make sense to consider adding to your holdings of physical metals before July 15.