During a teleconference meeting held on July 8th, 2014, the Citizens Coinage Advisory Committee (CCAC) reviewed and discussed the design concept direction for the World War II Civil Air Patrol Members Congressional Gold Medal. The medal was authorized to be awarded to the World War II members under Public Law 113-108 in recognition of their military service and exemplary record during the war. 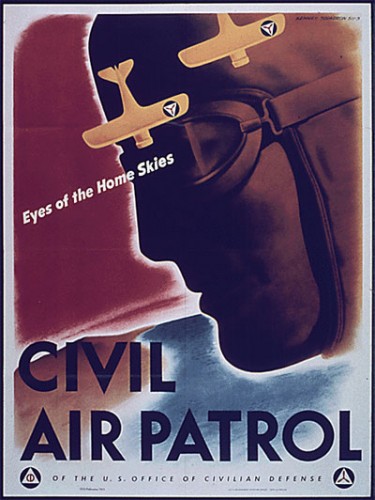 The Civil Air Patrol (CAP) was established on December 1st, 1941, just one week before the United States entered World War II. In the months that followed, the CAP became involved in combat operations off the Atlantic and Gulf coasts to protect merchant ships and oil tankers in the shipping lanes from German submarines, which were sinking vessels within sight of coastal communities. They also performed missions to support military training, border security along the Rio Grande river, as well as search and rescue operations to locate lost military aircraft. They were civilian volunteers often too young, too old, or otherwise unqualified for military duty, notably including women who gained flight experience prior to eventual acceptance into the Women’s Airforce Service Pilots (WASP).

The committee discussion touched on many elements of the CAP: their importance to the safe passage of vessels in the coastal regions, their inclusion of women as pilots, and the aircraft they used. The CAP roundel, a red three-blade propeller on a white triangle within a blue circle, was of particular interest for inclusion as either a primary device or as a privy mark. A parallel to the Minutemen of the American Revolutionary War was mentioned, as was the symbolism of eagle’s wings to represent the CAP’s flights. Many members stated that simplicity would need to be a key aspect of what they foresaw as quality designs, as the CAP’s mission had too many different aspects to be literally incorporated into the medal.

The typical process for creating a Congressional Gold Medal will further involve the United States Mint preparing one or more design candidate alternatives for both the obverse and reverse of the medal. These will be reviewed by the Commission of Fine Arts and Citizens Coinage Advisory Committee prior to the official design selection by the Secretary of the Treasury.