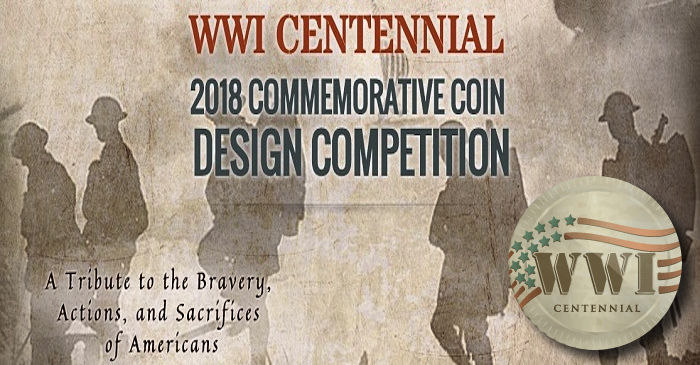 The United States Mint will unveil the winning designs in the World War I Centennial 2018 Commemorative Coin Design Competition at 12:30 p.m. Eastern time on Monday, October 9—opening day of the Association of the United States Army (AUSA) Annual Meeting and Exposition at the Walter E. Washington Convention Center in Washington, D.C.

The designs will be featured on the obverse (heads) and reverse (tails) of the WWI American Veterans Centennial silver dollar, scheduled for release in January 2018. The official website for the competition can be viewed here. (Continued below the Mint video.)

The unveiling will be held at the following location (click here for a map or to get directions):