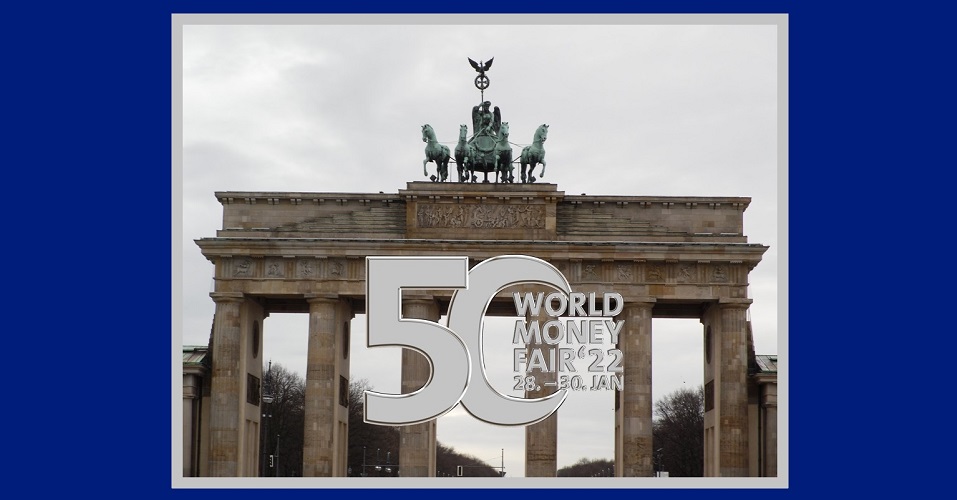 The organisers of the World Money Fair, one of the coin world’s most prestigious and popular international events, in terms of attendance, has announced on Friday the 17th December they have regrettably been forced to postpone the fair due to the ongoing pandemic. The organisers stated their regret and reluctance with having to make the announcement which was made to dealers and participants by email but that their customers had shown which way the decision would ultimately be. The announcement was also posted on the WMF main page on their website late in the afternoon. The WMF organisers cited numerous cancellations over the last few days arising from the latest COVID variant being reported in many countries in Europe. As the numbers infected by the Omicron variant have increased over the last two weeks, travel is being discouraged by many governments.

The World Money Fair announced last year the 2021 fair would be postponed, and, in its place, an online version was successfully launched. The virtual fair enables the trade to schedule appointments with each other in real-time, as well as symposiums being staged in, which the public was encouraged to attend. The benefit of this option also allowed many participants who might not ordinarily have the chance to travel to Berlin to experience the many events.

The WMF organisers have not mentioned a definite date for the 2022 fair scheduled for the 28th to 30th January and which was be the event’s golden (or 50th) show since it was first launched in 1971. However, as circumstances change and international travel is less hazardous, the organisers will advise dealers and other participants in due course. For additional information for the online event, please click here.

Workshop on monetary and financial history: Day one