The Mint of Austria proved to be a most welcoming host to the many delegates and invited guests on the evening of the World Money Fair’s Gala Dinner. Held on the evening of the opening day, this event gives the opportunity of the Fair’s guest host to showcase their culture and of course – the cuisine to invited guests and organizers of the World Money Fair. 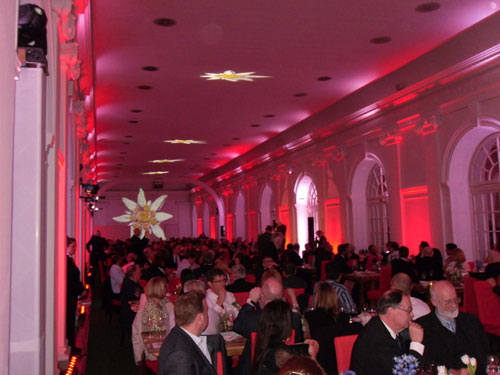 The year’s dinner was held at the Charlottenburg Palace. This spacious palace is the largest in Berlin and only surviving royal residence in the city which dates back to the time of the Hohenzollern or Imperial family. Built at the end of the 17th century and substantially expanded during the 18th century, it includes an array of exotic internal decoration in the baroque and rococo styles. The wing of the Orangery was bathed in red spot-lights on the evening and the dinner was in the style of a Tyrolean country setting. The national flower of Austria, the edelweiss was projected onto the wall and ceiling with an image of the “philharmonic” gold bullion coin serving as the center of the flower. 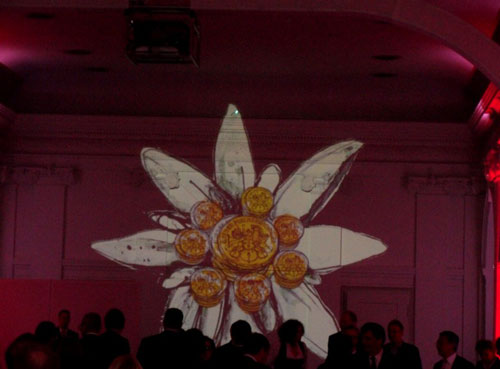 Guests were treated to a champagne reception upon arrival and not long after arriving were led into the orangery of the Charlottenburg Palace. With a selection of red & white wines from Austria, a traditional soup of vegetables and noodles was the first course followed by an even more traditional serving of Wiener Schnitzel with buttered potatoes and blanched vegetables. Dessert included a selection of pastries and cakes. 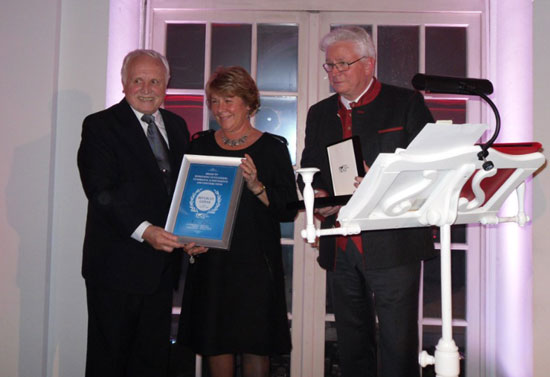 In between courses, the organizers of the World Money Fair hosted by Hans-Henning Gohrum and Dr. Albert Beck presented a very special award to one guest who is very well known to many who regularly attend the annual numismatic event. Beverly Lepine, chief operating officer of the Royal Canadian Mint was honored with an outstanding numismatic achievement award. The award comes amid the announcement that long-time president and CEO of the RCM Ian Bennett will be leaving his post in June. Ms. Lepine was presented with a plaque and addressed guests of the dinner expressing her delight at the acknowledgement and thanked the World Money Fair organizers for their kind support. 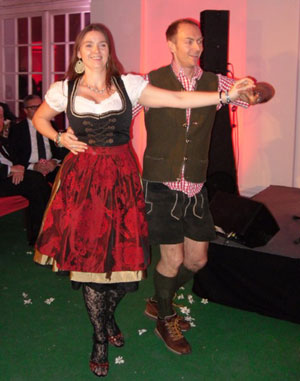 Diners were also treated to authentic an Austrian yodeller and afterwards, dancing with a live performance which the husband and wife pair were cheered on with great enthusiasm. 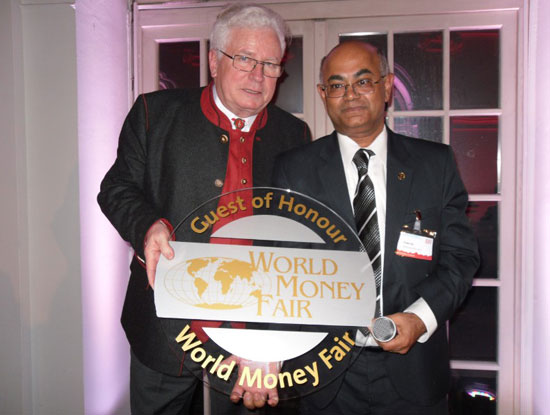 Towards the end of the dinner, it came time to announce next year’s guest of honor or host of the world Money Fair 2015 – the Royal Australian Mint will have the opportunity to welcome and host the 45th World Money Fair. Dr. Prabir De, Chief operating officer and on behalf of the RAM was pleased to accept the invitation from the WMF and thanked diners for their support. Next year’s WMF dates are to be announced shortly but it is likely to be the 6th to the 8th February – watch this space for confirmation.