The Treasury of the Isle of Man Government have launched (20th April) a set of coins which marks the upcoming Winter Olympic Games, to be staged in the southern Russian city of Sochi from the 7th to the 23rd February next year. It is the first time that Russia will host a winter Olympiad and only the second time an Olympic tournament has been hosted by Russia (or in Russian territory) since the Summer Games in Moscow in 1980. The Sochi Olympic Park will be built by the Black Sea coast in the Imeretin Valley and will be the most compact or contained Winter Games in its history as it will be possible to get from one venue to another in just a matter of minutes.

Struck by the Pobjoy, UK on behalf of the Isle of Man Government, The four coins in the set depicts some of the ninety-eight events being held across fifteen disciplines of seven winter sports and feature the following designs: 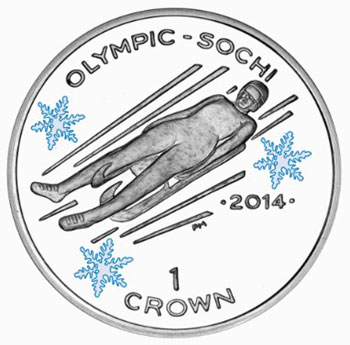 The Luge – introduced to the Winter Games in 1964, the coin shows a single one person sled speeding down the Luge track. 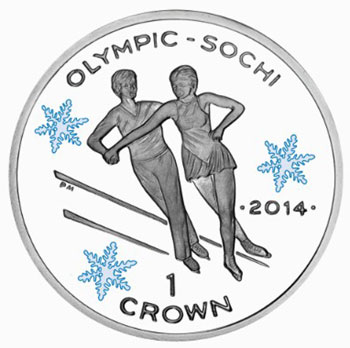 Figure Skating – this event was held during the Summer Olympics from 1908 to 1920 making the switch to the Winter Olympics in the 1924 Games.  The coin shows a pair of Figure Skaters. 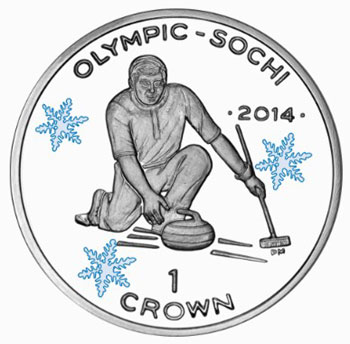 Curling – this event was included in the inaugural Winter Games in 1924 although the event was not added to the official programme until 1998.  A single player sliding his stone across the ice towards the target area is depicted on the coin. 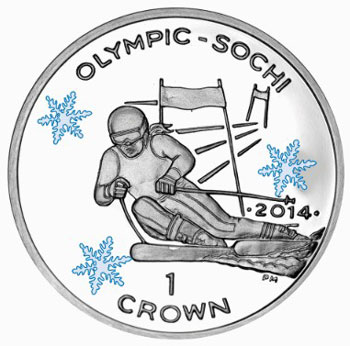 Alpine Skiing – contested at every Winter Olympics since 1936, the image on this final coin shows a slalom skier.

The reverse design of each coin includes three snowflakes falling around the Olympians, the coins are also available with these snowflakes specially colored so that they look frosty.  The obverse of each coin carries an elegant head & shoulders depiction of Her Majesty Queen Elizabeth II, Lord of Mann sculpted by Ian Rank-Broadley FRBS.

For more information for these and other coins issued on behalf of the Isle of Man Government, please visit the website of Pobjoy Mint at: www.pobjoy.com Information offered in English, International orders fulfilled.