As of today, there are no longer any regular wholesale supplies of the 1 ounce through 100 ounce silver rounds and bars available for immediate delivery.  It may be possible to locate incidental quantities of some product, but most wholesalers are now promising two to four weeks delivery to allow time for the silver to be fabricated. 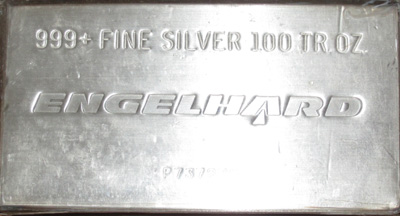 As a result of the shortages, premiums have started to rise.  So far, the increases have been modest, on the order of 0.5-2%.  However, if the shortage grows, expect to see further and larger premium increases in the coming weeks.  We could see a repeat of the late 2008 gold and silver buying frenzy, where product availability got as slow as 1-4 months after payment.

As the price of silver almost continuously rose from $17.98 on August 23 to $29.36 mid-day on November 9 (a 63% increase), the COMEX had not changed its minimum requirements for leveraged accounts.  It would be a normal process to periodically bump us the minimum amounts for margin accounts as prices rise, but this was not done until November 9, when the margin requirement was increased from $5,000 per contract to $6,500.

On September 16, the COMEX further raised the silver contract margin requirement to $7,250—even though the price of silver had been dropping since November 9!  What is suspicious is that a lot of “insiders” were liquidating their silver positions starting the afternoon of November 15.  Is it possible that they may have received advance notice of the coming change in the minimum margin account requirement and sold in anticipation of lower prices the next day?

I suspect, as do many others, that the two rounds of increasing gold and silver margin requirements were timed for no other reason other than to try to help hold down prices through November 23.

Don’t be surprised if supplies of other low premium physical silver products, especially US 90% Silver Coin, dry up, with those premiums also starting to rise.  If you are looking to acquire some physical silver, I suggest you act sooner rather than later.