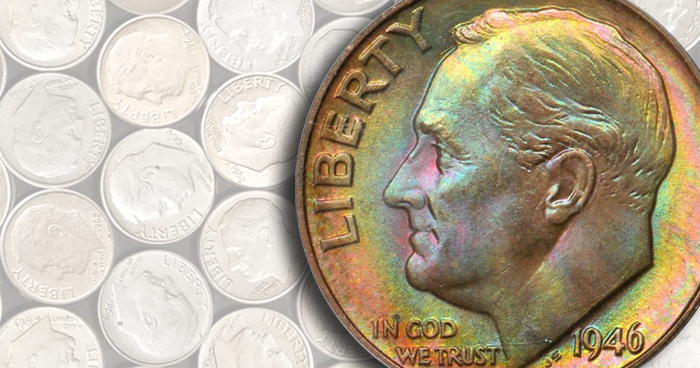 (Pelham, Alabama) — Whitman Publishing is looking for sharp, high-resolution photographs of Roosevelt dimes, 1946 to date, including die varieties, to illustrate the fourth edition of MEGA RED (the Deluxe Edition of the Guide Book of United States Coins). Hobbyists who share their photographs will be credited in the book’s acknowledgments.

Billed as the “biggest, most useful Red Book ever,” MEGA RED measures 7 x 10 inches and has 1,504 pages. Each year’s new MEGA RED features an in-depth focus on one or more coin series.

The fourth edition of MEGA RED will debut in March 2018. It will cover all series of United States dimes, starting with the famous disme of 1792. Q. David Bowers will share his research on Draped Bust, Capped Bust, Liberty Seated, Barber, Mercury, and Roosevelt dimes.

“We’re seeking nicely matched sets of Roosevelt dimes, including silver and copper-nickel coins, in Mint State as well as Proofs, plus the major die varieties,” said Whitman publisher Dennis Tucker. “In addition, we welcome photographs of dime-related ephemera from any era. This might include savings-bank folders, Christmas cards with openings for dimes, dime-shaped bottles, and other collectibles.”

Image files should be at least 300 dpi at two times actual size. “Scans and cell-phone photographs generally are not acceptable for this kind of cataloging,” Tucker said. “Ideally we’d like to see collectors’ best professional-level photography.” 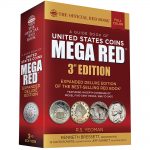 MEGA RED measures 7 x 10 inches and has 1,040 more pages than the regular-edition Red Book. Its larger size and increased page count combined make MEGA RED five times bigger than the regular edition. The third edition prices 8,200 items in up to 13 grades each, with 48,000 individual values and 15,400 auction records covering circulated, Mint State, and Proof coinage. The book is illustrated with thousands of images.

The third edition of MEGA RED officially debuted at the Whitman Coin and Collectibles Baltimore Expo, March 30, 2017, and now is available nationwide. MEGA RED retails for $49.95 and can be found online (including at Whitman.com) and from booksellers and hobby shops nationwide. Whitman Publishing is the Official Supplier of the ANA, and Association members receive a 10% discount off all purchases.

Whitman Publishing is the Official Supplier of the American Numismatic Association. As a benefit of membership in the ANA, members can borrow the Red Book (and other Whitman books) for free from the Association’s library, and also receive 10% off all Whitman purchases. Details are at www.money.org.

Revised “Yellow Book” a must-have guide for all collectors