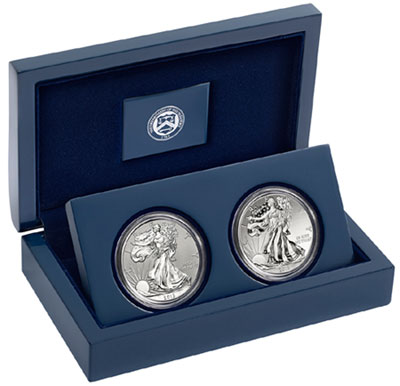 Each set will contain two American Silver Eagles struck at the West Point Mint and containing the “W” mint mark. The first coin will feature a reverse proof finish, which carries mirrored design elements and inscriptions against a frosted background, or the reverse of the traditional proof finish. Reverse proof Silver Eagles have previously been offered by the US Mint within special sets issued in 2006, 2011, and 2012. 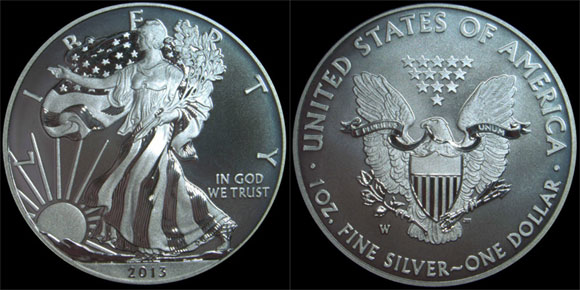 The second coin within the set will feature an enhanced uncirculated finish.This will be the first time that such a finish has been used on an American Silver Eagle. Design elements and inscriptions carry a mixture of uncirculated finish and heavy frost, with the background fields carrying a lightly frosted finish. These enhancements are indicated as unique to the uncirculated coin included in the set.

The two coins are housed in capsules and packaged within a custom designed, highly polished, blue lacquered hardwood presentation case, along with a certificate of authenticity.

The price of the set is indicated at $149.95. Shipping is expected to begin in mid to late June.