As the United States Mint considers a 24 karat gold coin to celebrate the 50th anniversary of the Kennedy Half Dollar, a US Mint product of the past shows how the same milestone was celebrated for a different coin series.

The Roosevelt Dime had been introduced in the year 1946 to honor President Franklin D. Roosevelt shortly following his death. The coin was designed by US Mint Chief Engraver John R. Sinnock and featured a profile portrait of the 32nd President on the obverse and the arrangement of a lit torch flanked by an olive branch and oak branch on the reverse. The coins were first released to the public on January 30, 1946, which would have been Roosevelt’s 64th birthday. Initially, the coins were struck in a composition of 90% silver and 10% copper, but this was changed to the copper nickel clad composition for circulating coins dated 1965 to present. 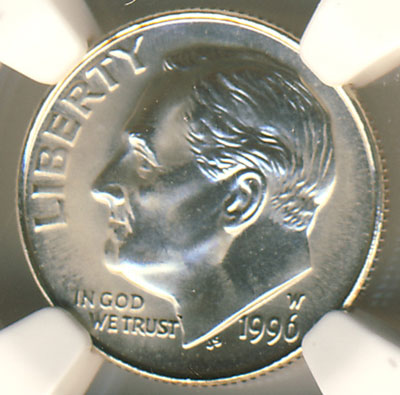 To celebrate the 50th anniversary of the series in 1996, the United States Mint issued dimes struck at the West Point Mint carrying the “W” mint mark. This represented the first time that the West Point Mint had struck the dime. The coins were included “free” within the 1996 Uncirculated Set and not issued for general circulation. 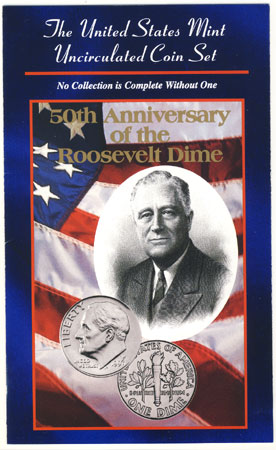 The use of the West Point Mint in New York carried significance since it was located near Hyde Park, where Roosevelt was born and buried. The US Mint explained that the special dime particularly belonged within the annual Uncirculated Set since it represented one of the Mint’s most popular and populist products, words that could also describe FDR. Promotional materials further stated that the inclusion of the West Point dime was the US Mint’s way of thanking longtime collectors for their continued support. 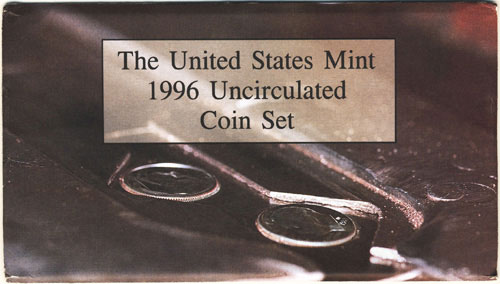 The 1996 Uncirculated Mint Set was offered at a cost of $8 per set, the same price level as the prior year. The sets included the ten coins typically issued at the time–Philadelphia and Denver Mint versions of the Lincoln Cent, Jefferson Nickel, Roosevelt Dime, Washington Quarter, and Kennedy Half Dollar–along with the special 1996-W Roosevelt Dime.

Collectors responded enthusiastically to the offering, ordering a total of 1,457,949 of the sets. The order total was more than 40% higher than the previous year.

The 1996 Mint Sets have continued to remain popular with collectors. The higher mintage for the set is more than offset by increased demand, which has kept secondary market values higher than the original issue price. By comparison, the preceding and following mint sets can generally be acquired for less than the original mint issue price.

By itself, the 1996-W Dime also provides a special draw. In addition to its unique mint mark for the denomination, it ranks as the lowest mintage circulation strike for the entire series. The coin was included as number 21 within the book 100 Greatest U.S. Modern Coins. Some collectors will pursue certified examples of the coins in high grades such as MS68 or MS69 or carrying with the Full Bands designation.