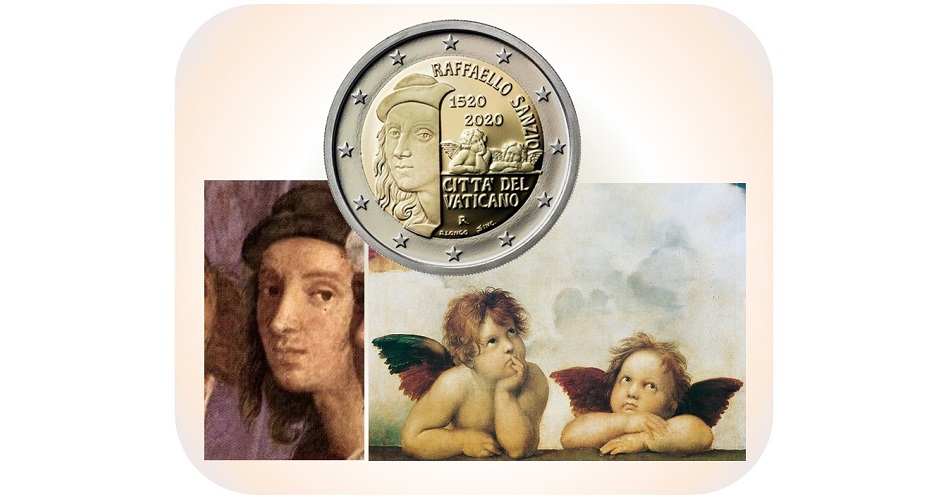 The Ufficio Filatelico e Numismatico Governatorato della Città del Vaticano — Philatelic and Numismatic Office of the Vatican City State, Holy See, has issued (16th October) their second 2020-dated commemorative €2 coins which are in tribute to the 500th anniversary of the death of the “Prince of Painters,” Raffaello Sanzio (Raffaello Sanzio da Urbino), known simply as Raphael, who died in April 1520. An Italian master painter and architect of the High Renaissance, his work was both then and today admired for its clarity of form, ease of composition, and visual achievement of the Neoplatonic ideal of human grandeur. Raffaello is best known for his many depictions of the Madonna and for his large figure compositions which are on display in the Vatican. Pope Paul VI once commented about the works of Raffaello –

“It is beauty, like truth, which brings joy to the heart of man and is that precious fruit which resists the wear and tear of time, which unites generations and makes them share things in admiration.” 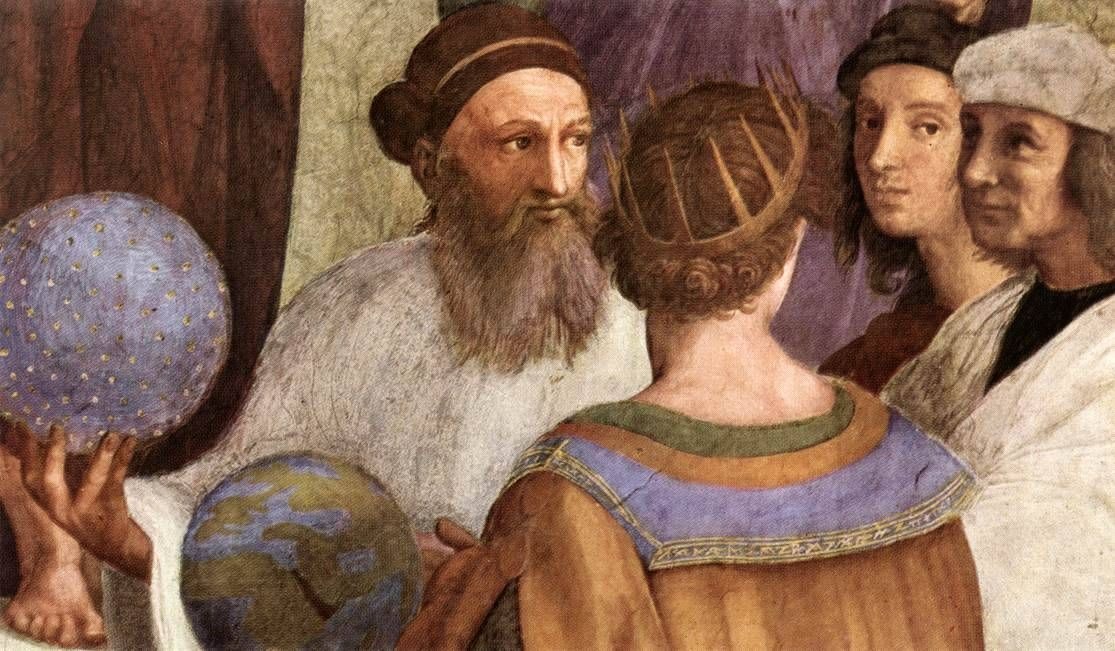 After he had been welcomed very affectionately by Pope Julius, Raffaello started to paint a huge fresco in the Stanza della Segnatura, depicting the theologians reconciling philosophy and astrology with theology, in which are portraits of all the sages of the world shown disputing among themselves in various ways. The original name of the fresco was originally the Causarum Cognitio (“Knowledge of Causes”), but today, it is known as the School of Athens from a 17th-century guidebook. Though Raffaello did not leave any personal notes on this work, some of the persons depicted can still be easily identified. The work itself indicates that he was himself an educated person who had a great degree of knowledge of Greek philosophy and science. Scholars and art historians today consider The School of Athens as an undisputed visualization of his expertise on the subject. So telling about his own interest in the subject matter was the fact that he included a self-portrait. In the depiction, Raffaello is directly gazing at the viewer, as if questioning what the onlooker thought about his painting.

The coins are produced by the Istituto Poligrafico e Zecca dello Stato (IPZS) at their facilities in Rome and on behalf of the Ufficio Filatelico e Numismatico Governatorato della Città del Vaticano. Noted artist Daniela Longo has designed an especially relevant obverse for this two-euro coin. The artist reproduces the beauty seen in Raffaello’s eyes in the self-portrait present in the fresco of the School of Athens and in the expressions of the two unforgettable little angels that he depicted and placed at the base of the Sistine Madonna in 1512. In 1754, King Augustus III of Poland purchased the painting for 120,000 gold francs and it was relocated to Dresden where it is today on display at the Gemäldegalerie Alte Meister. The design is surrounded by 12 stars, representing the European Union.

The reverse side is that of the standard euro-zone design for the two-euro coins, the numeral “2” superimposed over a map depicting Europe, and was created by artist Luc Luycx.

The FDC version of the commemorative €2 coins is presented in a moiré-effect lined card holder and is accompanied by information about the coin.

The Proof versions are encapsulated and presented in a custom case, accompanied by a certificate of authenticity. For further information, please contact customer care at or visit the website of the Philatelic and Numismatic Office of the Vatican City State.