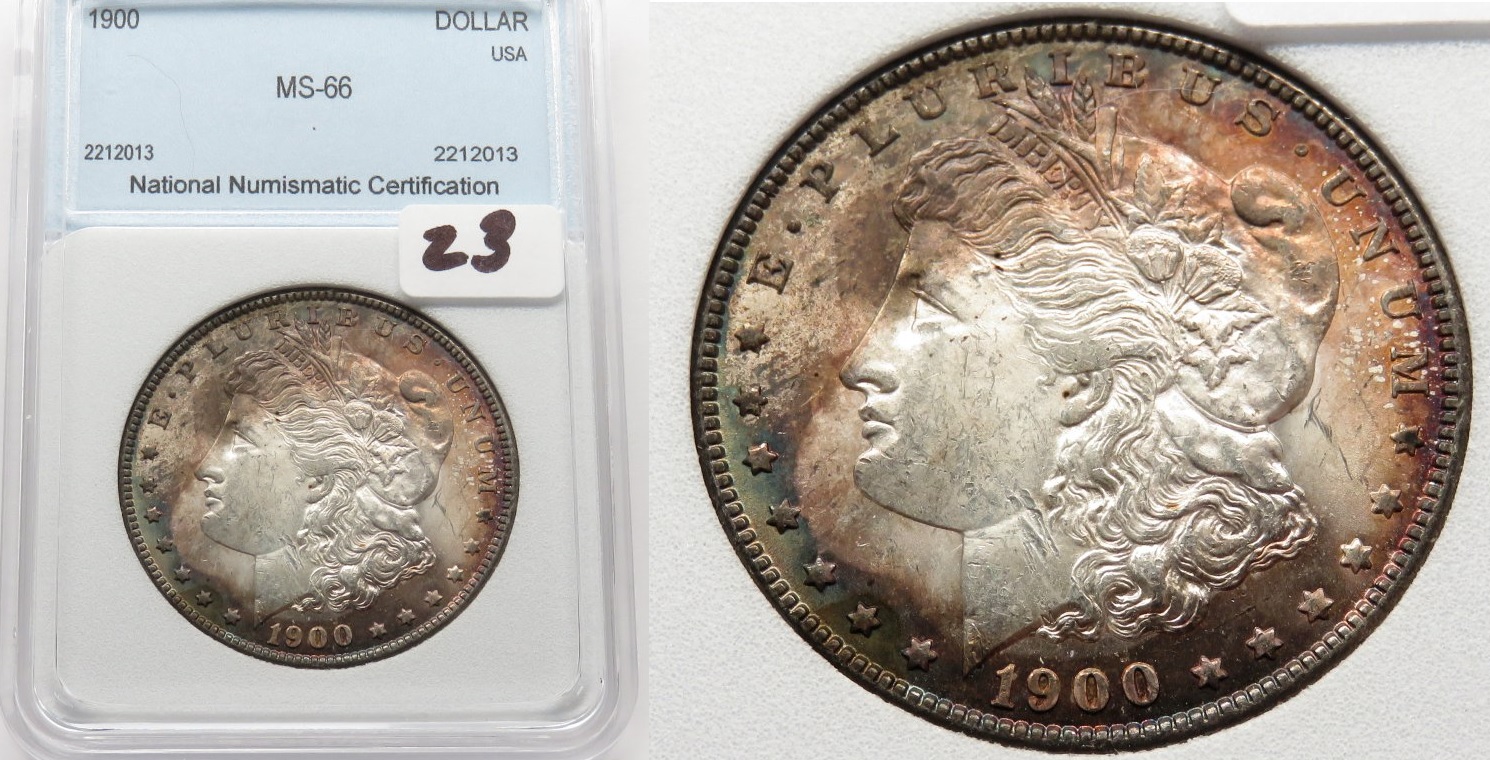 One of the reasons I patronize Auctions by Wallace and Weaver Signature Coin and Currency Auction (along with a few others on Proxibid) concerns the quality and number of online photos allowing me to inspect coins for damage, cleaning, or other flaws before I place bids.

The above photo is from a Weaver online action on Proxibid. The 1900 Morgan dollar is beautiful and graded MS-66 by a holdering company not recognized as being top tier. Indeed, the coin has a sharp strike, lovely toning, and clean cheek and appears to be near gem or gem (MS-64-65).

Except it has two gashes on the upper neck extending into the lower cheek. The blow-up photo illustrates the extent of the damage which seems to have been caused by a rim of another coin jostling in a canvas bag and pushed into the metal. I doubt PCGS, NGC, ANACS of ICG would holder the coin without noting the damage and detailing it on the label.

Online auctioneers, especially ones that hold estate auctions (the best place to find uncertified coins), also have resisted investing in numismatic photography. If you’re interested in that topic, see this Coin Update post.

To  illustrate how bad photography can be online, consider this screenshot from a recent Proxibid auction: 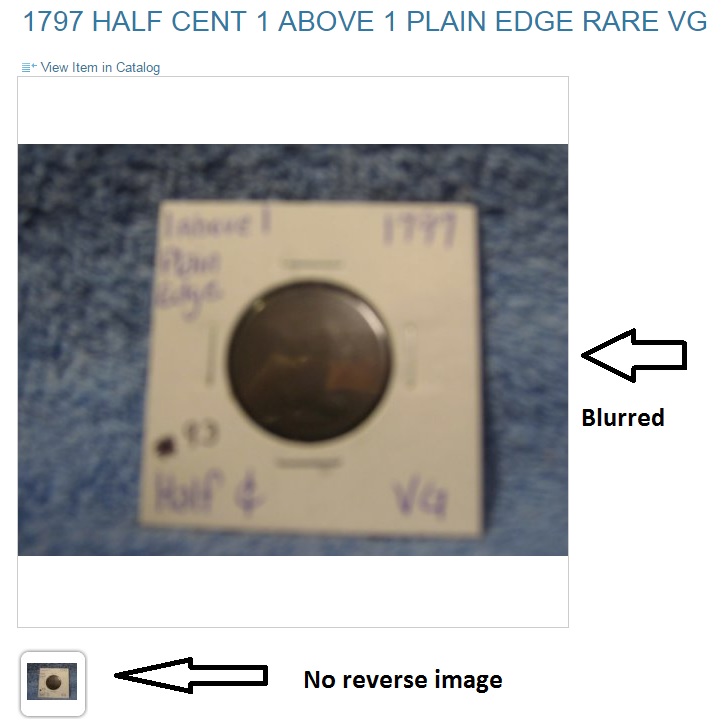 I’m happy to report that photos as bad as the one above have become increasingly rare on Proxibid. It goes without saying that sellers should provide photos of obverse and reverse, and if they do not, don’t bid on speculation.

A few years ago the photo below (another screenshot from a current Proxibid auction) would have passed as being acceptable, even excellent: 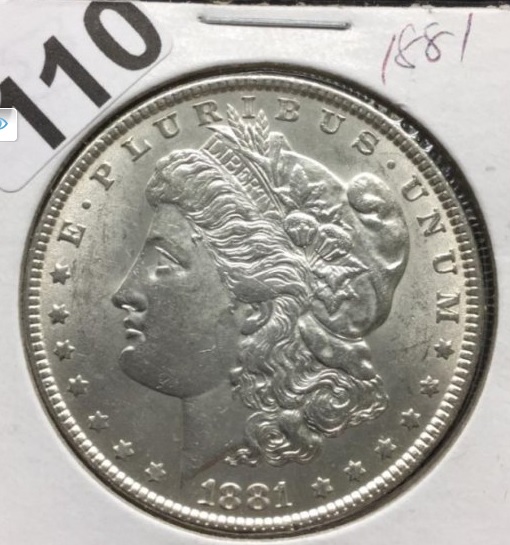 I actually won this coin because an 1881 in MS-64, which this appeared to be, has a retail value of about $170. However, when I received the coin, I considered it AU-58, a slider. Because the auctioneer did not provide a blow-up photo, I could not see the wear on the cheek and in the upper left and mid right fields. (I won’t be bidding again on this site unless the photography improves.)

The basics of online photography call for a photo of obverse, a blow-up of obverse, reverse, and a blow-up of reverse. If the coin has damage or is a variety, photos should show that, too. And if more than one coin is shown in a lot, then each coin must be photographed as if alone. Here’s a good example from Auctions by Wallace: 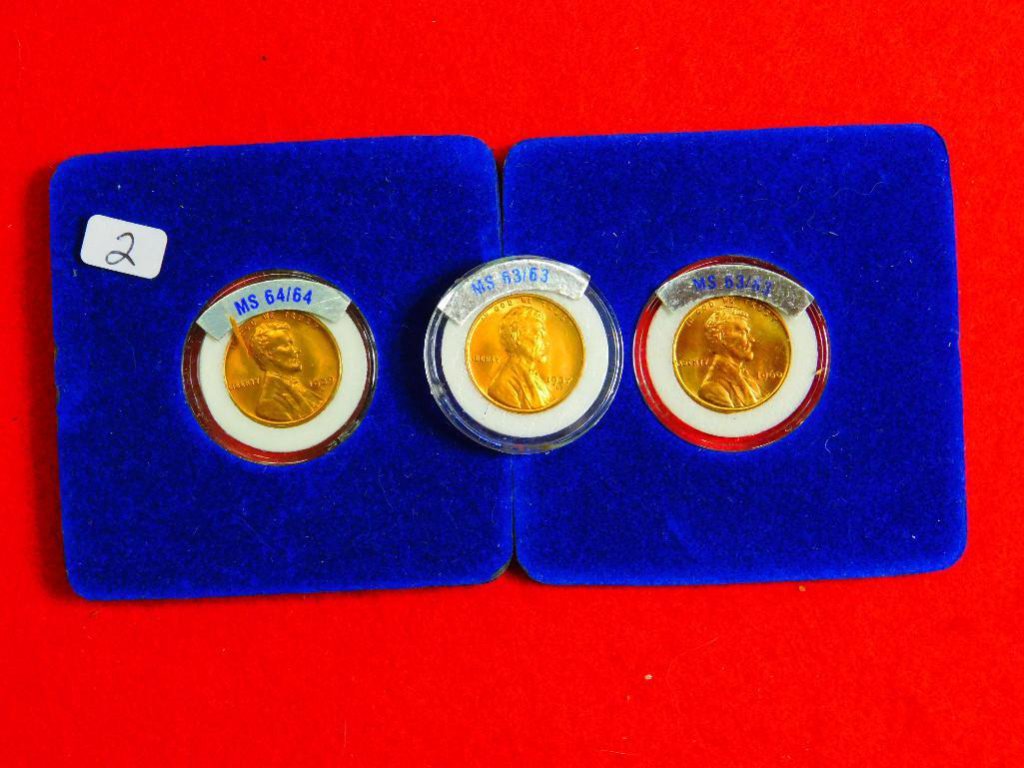 This lot has three coins. Note how many photos auctioneer Sheena Wallace provides: 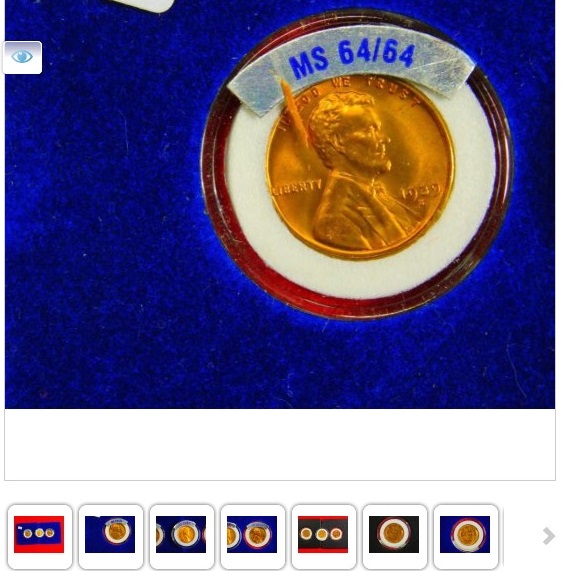 There are nine thumbnail photos here.

Because of the quality of photos, and my grading ability, I am able to score fine coins on Auctions by Wallace. Here’s an example, a coin I won with a $155 bid and that graded with a value of $400: 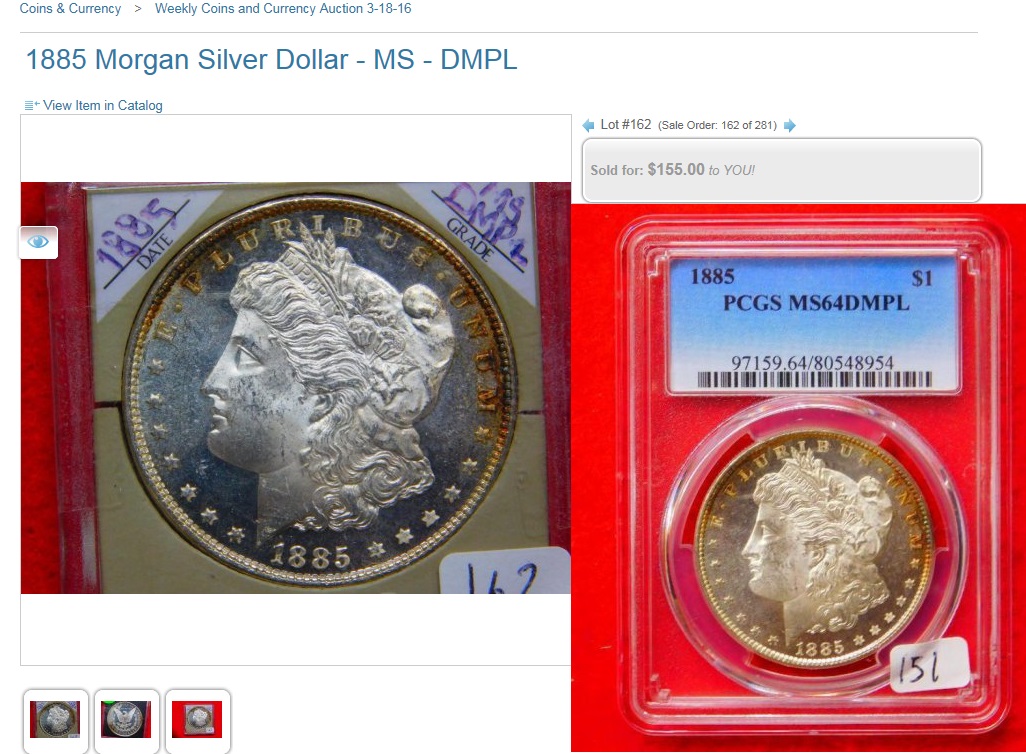 The lesson here is simple. A photo might be worth a thousand words, or just two in online auctions: Don’t Bid.

What are your experiences with bidding on coins based on photos vs. the actual coin as you received it? (Word of caution: Don’t name any seller, please!)