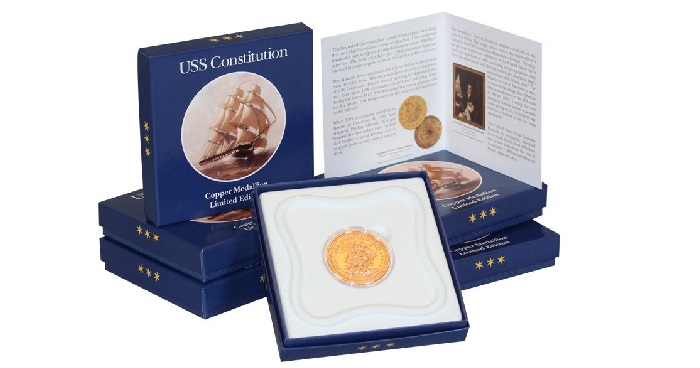 The USS Constitution Museum, named after the planet’s oldest still-commissioned vessel, the USS Constitution, has revealed that it is offering a limited edition medallion minted from copper taken from the ship itself. The USS Constitution was named by none other than President George Washington himself, and has stayed afloat since its launch in 1797. She was built at Edmund Hartt’s shipyard in Boston, Massachusetts, and is often referred to by the loving nickname “Old Ironsides.” The Constitution is renowned for her valiant service in the War of 1812, defeating five different British warships throughout the conflict: HMS Pictou, Cyane, Java, Levant, and Guerriere. While the copper was added in 1976 to the ship’s hull for the arrival of HM Queen Elizabeth II’s historic visit the very same year, forty years later, that copper is now being used in the first of three planned medallions. 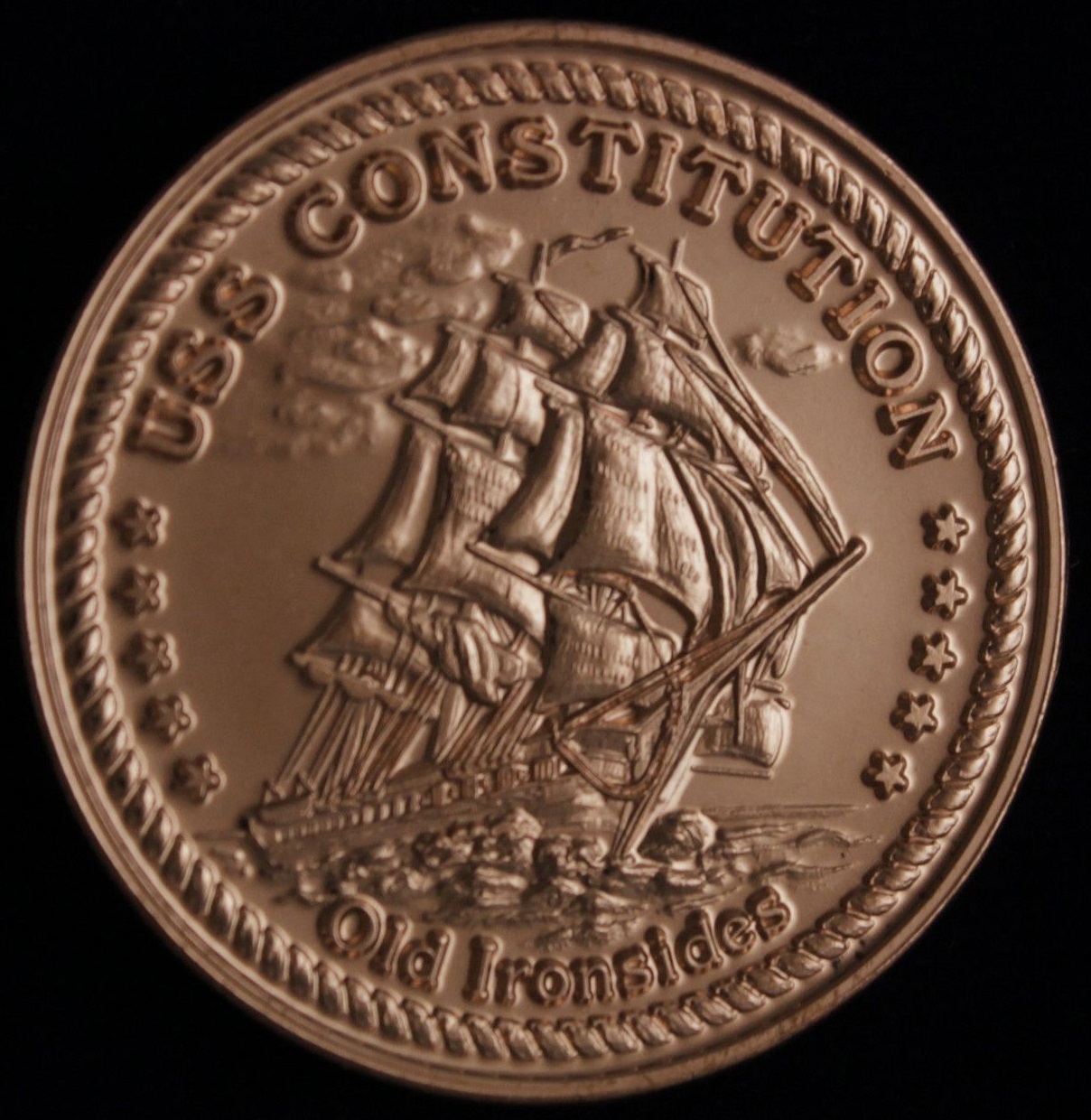 The medallion’s obverse features the USS Constitution sailing over the ocean. Inscriptions include USS CONSTITUTION and Old Ironsides. 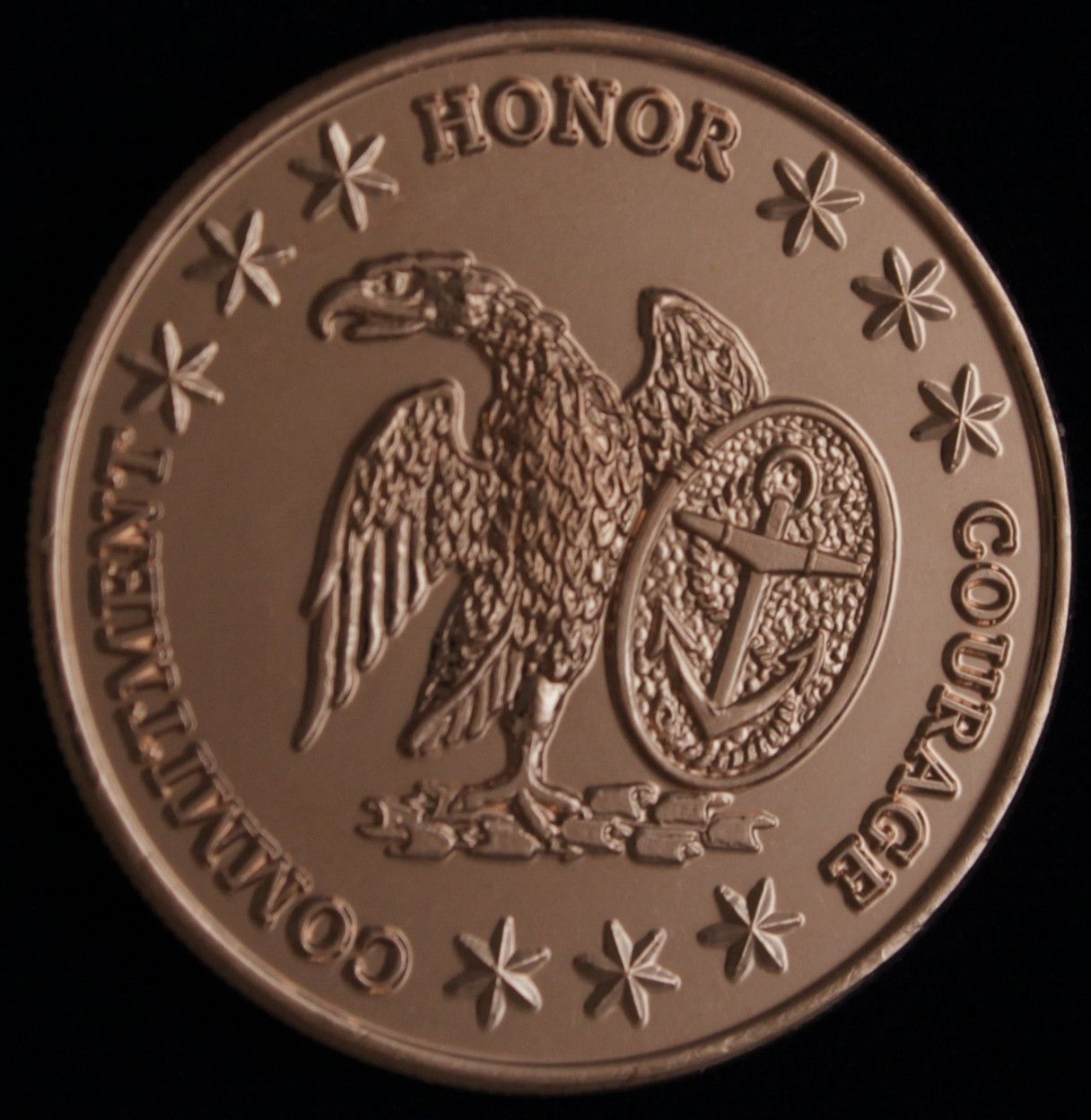 On the reverse we are treated to a bald-eagle design based on an officer’s button. Inscriptions include HONOR, COURAGE, and COMMITMENT.


The USS Constitution Limited Edition Collector’s Medallion holds a mintage limit of just 6,000 pieces. Each medallion is housed in an acrylic holder and presented within a navy blue box decorated with an oil painting by Marshall Johnson (1850–1921). Along with the presentation box and holder, each medallion comes complete with a text card that describes the specific elemental composition of each coin, and its mintage number.

For more information on this medallion and others offered by the USS Constitution Museum, please visit their website.