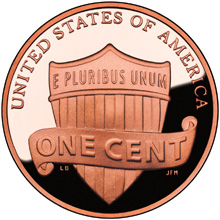 The latest sales figures are available for the United States Mint’s numismatic products. Buyers continue to show strong interest in the 2010 Proof Gold Eagle and Silver Eagle offerings. These products were not available last year, so many collectors were eager for the comeback. Some annual sets moved through milestones. The American Veterans Disabled for Life Silver Dollars showed elevated sales levels in their final days of availability.

The 2010 Proof Silver Eagle added sales of 89,109 in the latest period. The total sales for the product, which was released on November 19, 2010, have now reached 796,813. The 2010 Proof Gold Eagles showed higher sales for the 4 Coin Set option in particular. After the one ounce version quickly sold out, this became the most popular option. Out of the maximum product limit of 39,000 sets, sales of 28,838 have now been recorded.

Sales of the American Veterans Disabled for Life Silver Dollars officially ended on Monday, December 13, 2010. During the last full week of reported sales, more than 4,000 of the commemorative coins were purchased. The total sales across proof and uncirculated options reached 266,850 out of the 350,000 maximum authorized mintage.

The full US Mint sales report for numismatic products appears below. Figures are compiled as of December 12, 2010. The first number column represents total sales through the reporting date, and the second number column represents the change in sales since the last report. (Remember that the last report was issued two weeks ago.) Figures which are followed by an asterisk (*) are no longer available for sale from the United States Mint. Rows appearing in bold are for products making their debut on this report. Available US Mint products can be found online at http://catalog.usmint.gov/