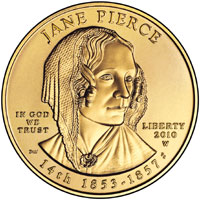 The latest report of the United States Mint’s numismatic product sales is available. With the price of gold reaching a fresh all time high earlier this week, gold coins are in focus. Also in this report, the 2010 Boy Scouts Silver Dollars finally attained sales equal to the maximum authorized mintage of 350,000 coins. Accordingly, the coins were put on waiting list status late last week.

Sales of the 2010 American Buffalo Gold Proof Coin have slowed to a moderate pace. With 2,054 coins sold in the prior week, the total sales have now reached 19,519 since the coins went on sale June 3.  This continues to track lower than the sales figures for last year’s coin. In the third week of availability, the 2009 Proof Gold Buffalo had recorded sales of 4,316 to reach total sales of 32,271.

The United States Mint did not provide updated sales figures for numerous products that had sales end on June 15. This included the 2009 Proof Set, 2009 Silver Proof Set, 2009 Mint Set, and 2009 Lincoln Cent Two Roll Sets. In the coming week, sales will end for the six 2009 District of Columbia & U.S. Territories First Day Coin Covers. Collectors will only have until June 30 to order these products.

The complete weekly sales report appears below. The figures are compiled through June 20, 2010. The first number column indicates total sales through the reporting date and the second number column represents the change in sales since the previous report. Figures followed by an asterisk (*) are no longer available for sale at the US Mint.