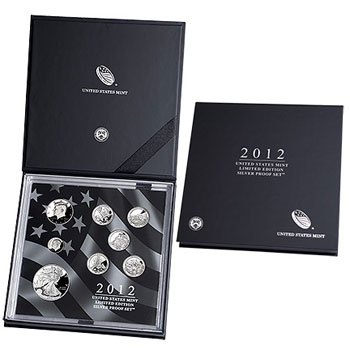 These eight silver proof coins are packaged together within a protective lens and display case. Production is limited to 50,000 units with an initial ordering limit of two sets per household. The price of the set is $149.95 plus applicable shipping and handling.

Shipping for the 2012 Limited Edition Silver Proof Set is expected to begin in late December. For more information or to place an order, visit http://catalog.usmint.gov/