The United States Mint has started accepting orders for the 2015 Harry S. Truman Coin & Chronicles Set, which includes a coin, medal, stamp, and historical information about the 33rd President of the United States of America.

This represents the first of four different Coin & Chronicles Sets to be issued during the year. The remaining sets will honor the 34th to 36th Presidents, Dwight D. Eisenhower, John F. Kennedy, and Lyndon B. Johnson. 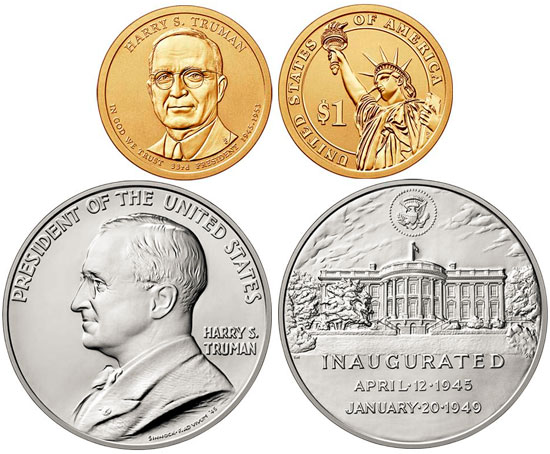 According to the Mint, the reverse proof coin will only be available within this set. The coin, medal, and stamp are displayed in a rich deep red folder covered in a soft-touch material with a handsome textured appearance. 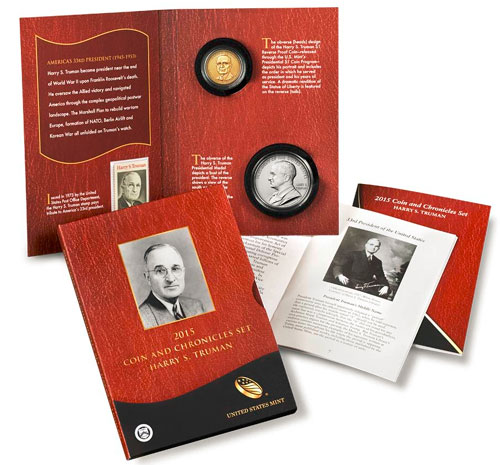 Production for the set is limited to 17,000 units. An ordering limit of five sets per household will be imposed. The sets are priced at $57.95 each. For additional information or to place an order, please visit the US Mint product page.

The Coin & Chronicles Set featuring Dwight D. Eisenhower is scheduled for release on August 11, 2015, followed by the set honoring John F. Kennedy on September 15, 2015, and the set honoring Lyndon B. Johnson in October 2015.