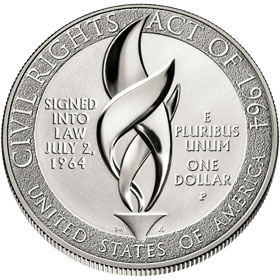 During the fiscal year ended September 30, 2014, the United States Mint saw roughly flat revenue from their numismatic segment, although a shift in product mix and losses generated in some categories sent net income and seigniorage down 47%. Revenue for the numismatic segment was $504.5 million, yielding net income and seigniorage of $50.8 million.

The United States Mint’s numismatic program offers for sale to the public high quality or specially packaged versions of circulating coins, precious metals coins, commemorative coins, and medals. Some products are required by federal statue or individual public laws, while others are created at the discretion of the Secretary of the Treasury.

The Mint’s main objective for the program is to increase their customer base and foster sales while controlling costs and keeping prices as low as practicable.

The largest contributor to revenue was the 2014 Kennedy Half Dollar 50th Anniversary Gold Proof Coin, which had sales of $76.2 million during the fiscal year. This three-quarter ounce 24 karat gold proof coin features the original 1964 portrait design by Gilroy Roberts and the dual date of “1964-2014” to celebrate the 50th anniversary of the popular series.

The coins of the National Baseball Hall of Fame Commemorative Coin Program represented another significant contributor to revenue, driving an increase in commemorative product unit sales of 180.7% compared to the prior year. The $5 gold coin, silver dollar, and half dollars issued under the program featured a unique curved shape consisting of a concave obverse depicting a glove and a convex reverse depicting a baseball.

Driven by the 50th anniversary Kennedy gold proof coin, gold and platinum products were responsible for nearly half of the revenue for the numismatic segment at $246.4 million. These products also generated the most net income and seigniorage at $39.5 million.

Silver products generated revenue of $77.9 million, down by 39.8% from the prior year when results were driven by the specially offered 2013 West Point Silver Eagle Set. The decline was also attributable to the lower sales prices due to the lower spot price of silver during the fiscal year.

The United States Mint’s annual sets generated revenue of $52.9 million, yielding a loss of $16.9 million. The Mint attributed the loss to lower pricing for the Silver Proof Set, which reduced margins.

A bright spot in the line up was Presidential Dollar products which drove revenue of $45.5 million with a significant net margin of 52.1%. These products consist primarily of numismatic bags and rolls containing $1 coins, which generate a significant amount of seigniorage