The United States Mint’s Circulating $1 Coin Direct Ship Program continues to be a significant channel of distribution for Presidential Dollar and Native American Dollar coins. In the latest fiscal year, the Mint distributed 90.7 million coins through the program, up from the 85.2 million distributed in the prior year. 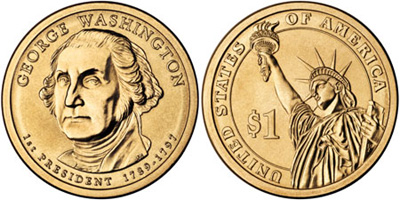 Public Law 109-145 requires the US Mint and other federal agencies to work to remove barriers and improve circulation of the $1 coin. To proactively comply with this requirement, the US Mint launched the Direct Ship program in June 2008. Consumers and small businesses are able to purchase quantities of $250 worth of dollar coins at face value with no additional charge for shipping. The purpose of the program is to complement the Federal Reserve Banks ordering system by allowing the public to order smaller quantities of coins directly.

In August 2009, the United States Mint also initiated a Bulk Ship Program, which allows larger quantities of dollar coins to be ordered directly. Presidential Dollars and Native American Dollars can be ordered in $140,000 bulk bags at face value plus a 1% handling charge. In the first full fiscal year of the program, the US Mint shipped 3.4 million coins through the Bulk Ship Program.