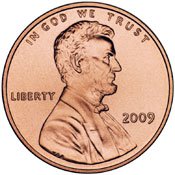 The United States Mint produces and issues coins for circulation, which are distributed through the Federal Reserve Banks in quantities needed to replenish inventories and meet the needs of commerce. The Mint recognizes revenue based on the face value of coins as they are shipped. Seigniorage arises from the difference between the face value and the cost to manufacture and distribute the coins. Amounts earned through seigniorage are transferred to the United States Treasury General Fund.

Historical Cost of Producing the Penny

Historical Cost of Producing the Nickel

Although producing and distributing cents and nickels has generated losses each year, the gains from other denominations more than make up for the losses.

In the most recent fiscal year, the US Mint lost a combined 22 million on production of the cent and nickel. The gains from other denominations more than made up for this amount. Last year, the United States Mint shipped a total of $777.6 million in circulating coins, which earned $427.8 million in seigniorage.