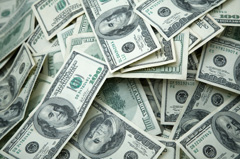 At the meeting of BRICs nations today (Brazil, Russia, India, China, and South Africa), attendees signed an agreement that future credit transactions among the five nations would no longer be priced in US dollars. Instead, such transactions will be priced in the currencies of these five countries.

This agreement does not apply to trade transactions, although China has already signed bilateral trade agreements with several nations to no longer use the US dollar for pricing and payment of such international transactions.

The five nations that signed the agreement hold 40% of the world’s currency reserves and account for 20% of global Gross Domestic Product.

In response to this development, the US Dollar Index, which measures the value of the US dollar against a market basket of world currencies, fell to 74.68, its lowest level since last 2009. The value of the dollar declined despite the re-emergence of fiscal crises today in Greece and Portugal.

Gold and silver closed in US markets today at $1,471.75 and $41.66, respectively. In aftermarket trading, prices rose further, with silver climbing above $42.00. The current price of silver is now higher (ignoring inflation) than it closed on all but two days during the early 1980 gold and silver market peak.

In further bad news for the US government today, the Congressional Budget Office released its analysis showing that the alleged reduction of $38.5 billion of federal government spending agreed late last Friday will only result in a drop of $352 million compared to prior year expenditures.

Expect the news for the US government and US dollar to continue to get worse in the days ahead, especially at the International Monetary Fund and World Bank meetings being held in Washington, DC this weekend. Also look for gold and silver prices to keep rising, perhaps at an accelerated rate.