There continues to be a lot of misunderstanding and confusion about the distribution process and related issues regarding the 2010 5-ounce America the Beautiful silver bullion coins.  I believe another update and some more clarification is needed.

First of all, those who still want to obtain a set of the bullion version have not lost the opportunity to do so.  As of mid-February, several Authorized Purchasers (AP’s) have still not begun accepting orders for the coins, and the Mint has yet to indicate when it will sell the numismatic versions. 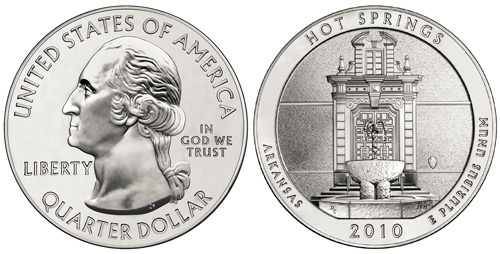 APMEX has not made any of its sets available beyond those which were sold on a pre-order basis last year. Coins ‘n Things indicates on its web site that it will not begin accepting orders until the second quarter of 2011.  Dillon Gage says on its web site that those customers who were placed on a waiting list earlier this year will be contacted when the company can begin sales, and that it is not accepting any more names.

Finally, Jack Hunt Coin Broker’s site has a note dated Dec. 29, 2010, which says they are still trying to develop a method of distribution which complies with the Mint’s guidelines that require them to sell only one set per customer and to charge 10% over their cost plus shipping and handling.

It really does strain credulity when a company states that several months later it still can not figure out how to sell the coins.  That is especially the case since the other AP’s managed to develop a distribution process and have sold out of their allotments.  The coins that one sees for sale on e-Bay, and that are available by now from many different coin dealers come, as far a I know, from Manfra, Tordella & Brookes (MTB), FideliTrade, A-Mark, the Gold Center, and Prudential. 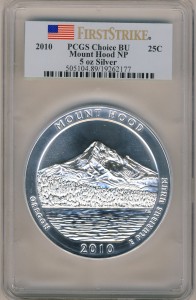 Those who purchased their America the Beautiful Silver Bullion Coin sets from A-Mark received them in PCGS first strike holders labeled as “Choice BU.”  There is a great deal of confusion regarding what the designation, Choice BU, actually means.  Many people, including presumably many of those who are flipping their sets on e-Bay for prices that are now approximately $1600 for the 5 coin set, believe that those coins are not high grade.

One dealer sent me an e-mail offer for graded sets that are marked “Gem BU,” and said he is not selling any PCGS sets marked “Choice BU.”  He explained that the sets marked “Gem BU” were considered for numerical grades but graded below 69, while those marked “Choice BU” were not considered for numerical grades.  Unfortunately, he is only correct about the second point.

Last week I contacted PCGS President Don Willis who told me that both the “Choice BU” and “Gem BU” sets have not been considered for numerical grades.  This means, in my view, that some people who are selling their sets may not be aware that if they re-submit them to PCGS, or send them to another company like NGC, some or all of their coins may well be high grade and potentially much more valuable than they realize.

As always with coin collecting, especially modern U.S. coin collecting, having accurate and timely information makes all the difference.  This is especially the case if you consider another critical point.  Some of the 5 ounce coins were made with very reflective, mirrored finishes that are receiving designations of prooflike (PL) or deep prooflike (DPL).  I have seen some of these coins and to me, it is clear that several of them have those PL surfaces, especially some of the Yosemite, Yellowstone and Mount Hood coins, whereas most have more matte finishes. 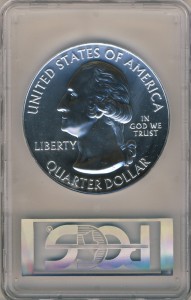 But again, many collectors may not realize that only NGC has given those coins PL and DPL designations if they merit them.  I asked Mr. Willis of PCGS about this, and he said he was not aware of any coins slabbed by his service with those designations, but he did not rule it out completely, saying we would have to see what happens in the future.  I also asked if he knew when PCGS would start making population numbers available so collectors and investors can start to get a sense of how many coins have received MS69, MS68, etc.  He said he did not know when that information would be available.

On February 14, I contacted a representative at NGC who said she believed the initial census numbers would be made available on the NGC web site by the end of the week, but she could not be certain.  In order to have access to the NGC census one needs at least a basic membership, and to access the PCGS population report one also needs to be a paid member.

Another point that seems to confuse some people is the one coin per household limit.  The Mint’s rule does not mean that individuals ordering sets from AP’s are not allowed to buy a set from as many AP’s as they can find who will accept their orders.  We are free to order one ATB Silver Bullion set from as many different AP’s as we wish, but each AP may only sell one set to each household.  Many, if not all the AP’s, were deluged with multiple orders from the same individuals who tried to get around the rules by using a family member’s name.  But that strategy only worked if both the name and address were different.  It also significantly slowed down the processing of orders.

Prices for America the Beautiful Silver Bullion Coins (raw and graded) are declining, as many people predicted they would.  That is particularly the case for the raw sets.  But it is important to try to understand why that is, and what the future trends may be.  As I explained in the first part of my recent article on commemoratives, modern coins that generate a lot of interest are almost always bid up in price during the period following their release because of dealer promotions and e-Bay flippers, and they subsequently decline in value.  However, after some time, prices often then resume their upward trend, sometimes surpassing their previous highs.

In the case of the ATB’s, prices are being affected by those buyers looking to make a quick profit who are selling them to dealers or on e-Bay.  One would imagine prices may decline a bit more when the other AP’s sell their coins, assuming they ever do so.  But in my view, once all the sets have been distributed into the marketplace and the grading services start revealing how many of each grade exist so far, their real value will only begin to emerge.  There is no way to be sure, but I believe that a year or two from now, it will not be possible to obtain an ungraded set for less than $2,000.

Finally, those owners concerned about declining values would do well to consider having their coins slabbed by a top-notch grading company like NGC or PCGS, especially given that NGC prooflike and deep prooflike coins continue to sell for major premiums, as do any coins graded MS69.

Author’s note: The second part of my two-part article on commemorative coins will appear soon.