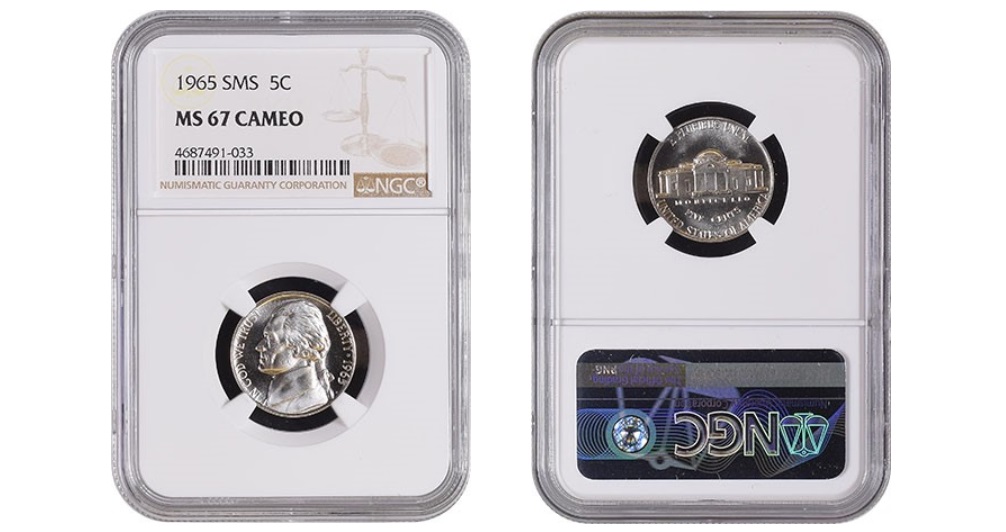 NGC sometimes receives inquiries from customers searching for the listings of Special Mint Set (SMS) coins within the NGC Census, NGC Coin Explorer, and NGC VarietyPlus web resources. This can be challenging, because these distinctive pieces are neither ordinary coins (labeled as MS) nor Proofs (labeled as PF). Instead, they are a unique series of strikes that don’t exactly fit the criteria of either category.

A little background on these issues is useful in understanding how they are labeled and sorted by NGC.

The term Special Mint Set was first employed by the U.S. Mint during the nationwide coin shortage of the mid-1960s. This crisis was part fact and part fabrication, as Congress and the Mint desired to ease the transition to the new copper-nickel-clad dimes and quarters, as well as the silver-clad half dollars. These coins were to replace the 90% silver coinage beginning late in 1965, and it was feared within government circles that the old pieces would immediately be hoarded by the public. There had indeed been a shortage of coins starting in the early 1960s, and this became national news by 1964.

The timing could not have been worse, as the Treasury knew that replacement of the traditional silver coins with debased issues was inevitable within a year or two. This was indeed legislated in July 1965, and to address both the real and exaggerated shortage of coins, the U.S. Mint announced that no Proof Sets would be made for 1965 and subsequent years. Also approved was the elimination of mintmarks until the crisis had passed.

Coin collectors were stunned by these developments and also angered, as the coin shortage was publicly blamed on their actions. While the hoarding of rolls and bags of fresh coins was quite a fad during the early 1960s, the number of pieces squirreled away was still but a fraction of the number produced. To mollify collector complaints, it was decided that pseudo Proofs would be produced for the coins dated 1965 and later until the coining of actual Proof Sets could resume. 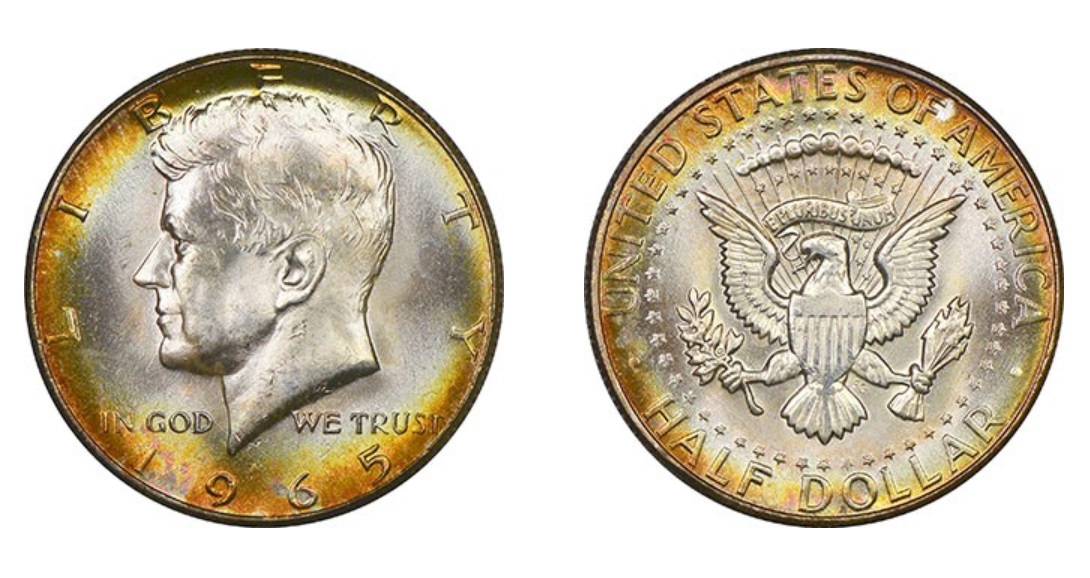 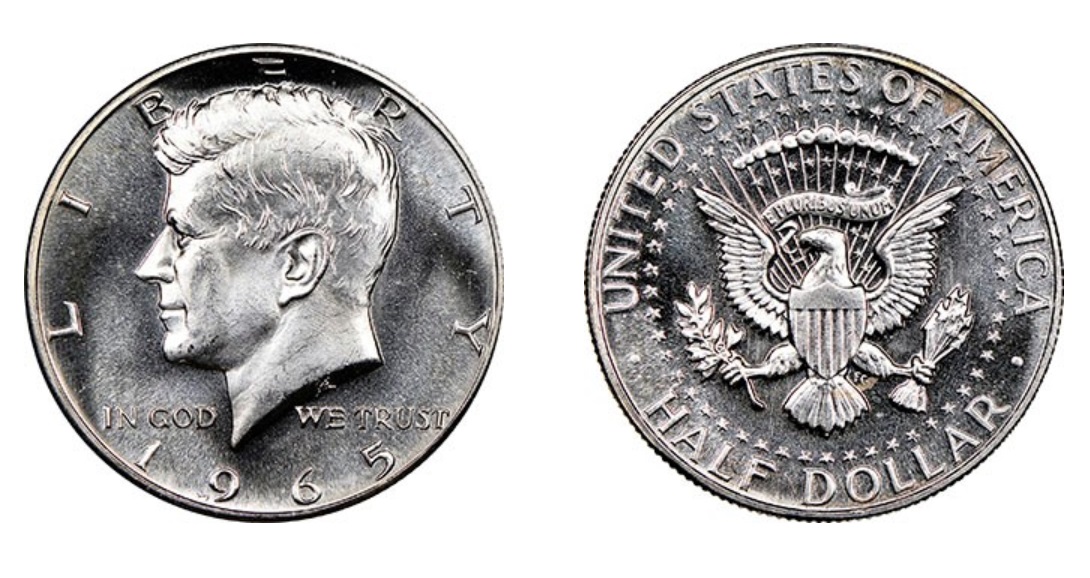 Early in 1966, the San Francisco Assay Office (SFAO), as that mint was then called, began striking 1965-dated cents through halves that were made with polished dies but unpolished planchets. These coins were packaged within the same flexible packaging the Mint had used for 1955-64 Proof Sets, a product called “pliofilm.” While the Proof Sets had sold for just $2.10, these Special Mint Sets were priced at $4. Despite this near doubling of the price for a lesser-quality product, sales were strong in the first two years, but they declined sharply for the 1967 edition. The 1966-67 sets were delivered in superior packaging, a hard plastic holder that did seem to provide greater value for the price.

The 1965 sets range in finish from fully Prooflike fields for those coined with freshly polished dies to smooth and semi-brilliant for those struck with worn dies. In very rare instances, the coins display Cameo contrast between frosted devices and brilliant fields. The 1966-67 sets feature more uniformly brilliant fields, and they are more often seen with the desired Cameo or even Ultra Cameo contrast. Since the coins did not receive special handling between the time of coining and the time of packaging, contact marks are not unusual for these issues, making very high-grade examples quite rare.

Late in 1967, it was announced that the coin shortage had been fully conquered, and the Treasury authorized the resumption of both mintmarks and Proof Sets for 1968. The latter were made at the SFAO, as it had established its ability to put out high-quality coins. Collectors were delighted to have Proof Sets dated 1968-S, and San Francisco has been the main producer of this series since that time. The SMS sets of 1965-67 serve to fill the gap between the Philadelphia Mint Proof Sets of 1950-64 and the later series bearing San Francisco’s mintmark.

Because the Special Mint Set coins were produced by the U.S. Mint solely for sale to collectors, with extra steps in the minting process and a distinctive, Prooflike finish, NGC has elected to list them within the Proof issues. They are arranged by simple date order for easy locating in the NGC online resources. The coins, while labeled MS by NGC, also carry the supplemental designation of SMS to distinguish them from the circulating editions.

Starting in 2005, the U.S. Mint adopted a satiny finish for the coins included in its annual Uncirculated Set. Such sets feature all of the circulating issues of each mint from cents through dollars. Until 2005 these coins were of conventional manufacture, though the sets dated 1986 and later appear to have been made with fresh dies that resulted in sharper strikes and a faint Prooflike quality. 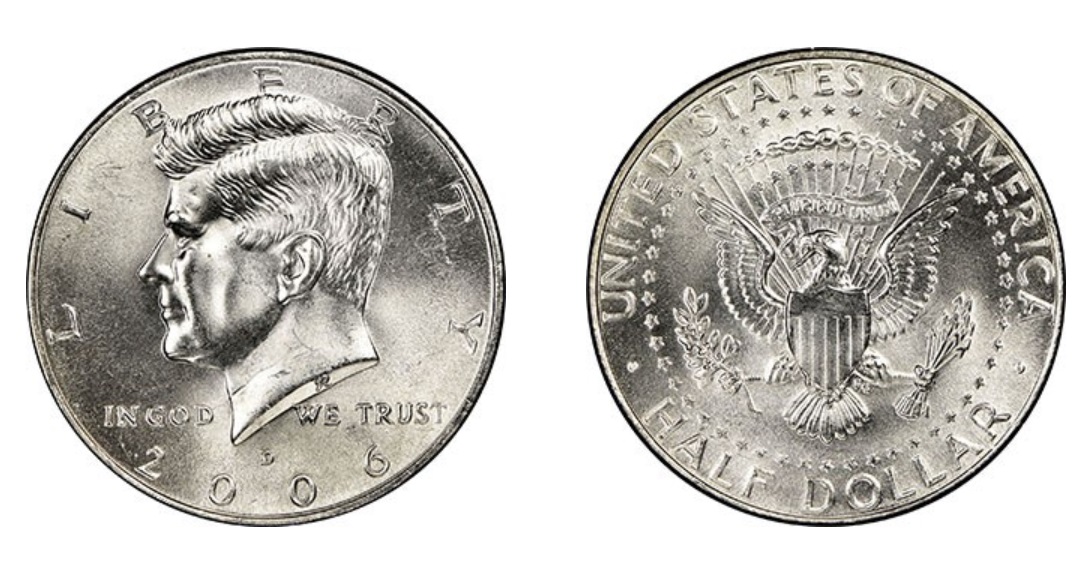 From 2005 through 2010, however, the coins in the Uncirculated Sets were intentionally made from dies that imparted a finely textured, satiny surface. While not handled with the care afforded Proof coins, the SMS pieces are generally found with fewer marks than their circulating counterparts. The satin finish was discontinued after 2010, perhaps due to collector dissatisfaction, and the U.S. Mint resumed the earlier technique of coining its Uncirculated Set coins.

Since the mass-produced coins dated 2005 through 2010 bore no such special finish, the coin hobby needed a way to distinguish regular pieces from those found in the sets. The Mint had not given the set coins any particular title, simply referring to their satiny finish, so it was left to the grading services to come up with a designation for them. Falling back on a term already familiar to collectors, these coins are labeled SMS.

Since they in no way look like Proof coins, NGC has opted to include them following the regular MS coins rather than within the Proof listings. Thus, each date and mint in the Census and Coin Explorer includes an entry labeled simply MS, followed by the corresponding Uncirculated Set entry labeled both MS and SMS.