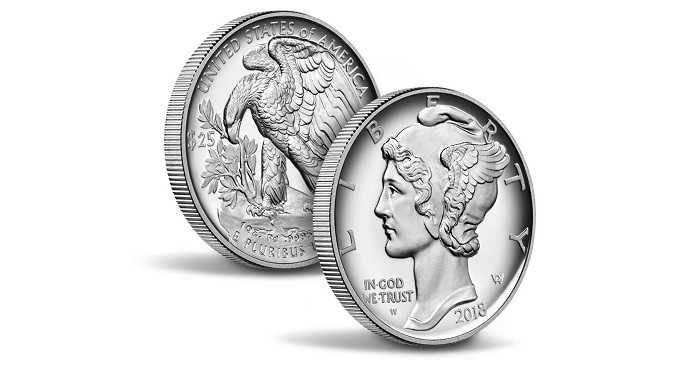 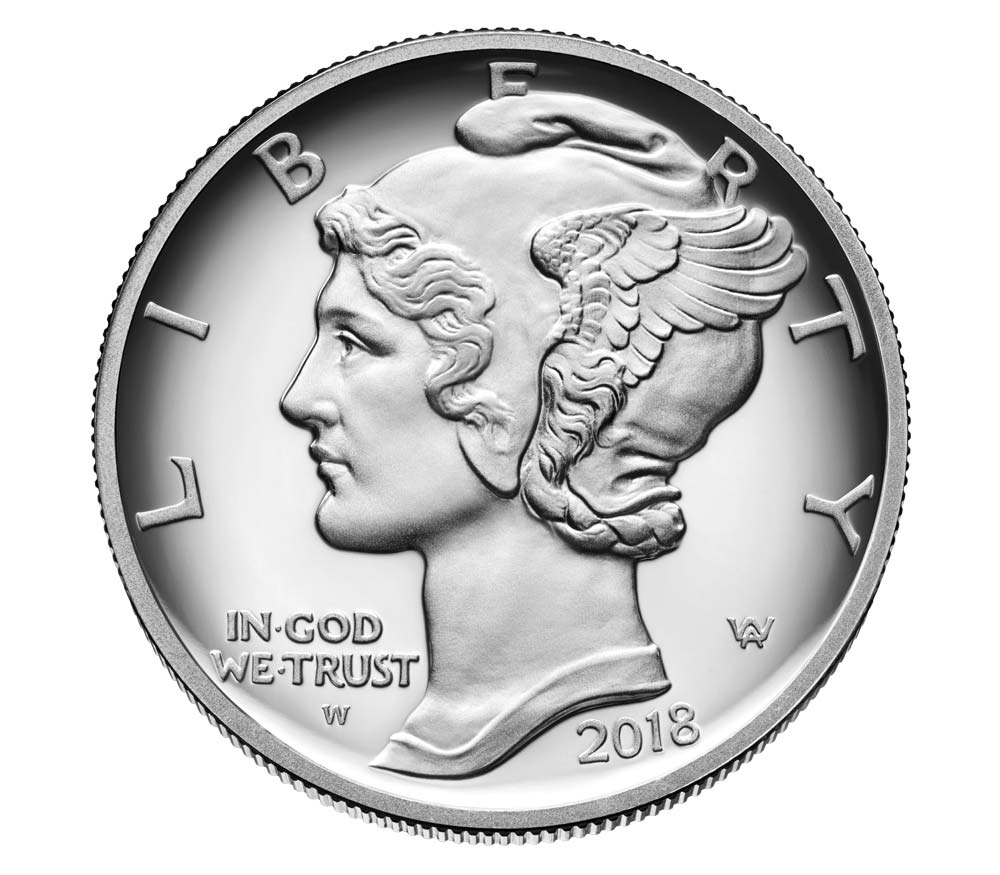 The obverse (heads) design of the coin features a high-relief likeness of “Winged Liberty” from the Mercury Dime obverse by Adolph Weinman. In keeping with the original coin, inscriptions are LIBERTY, IN GOD WE TRUST, 2018, and Weinman’s initials. 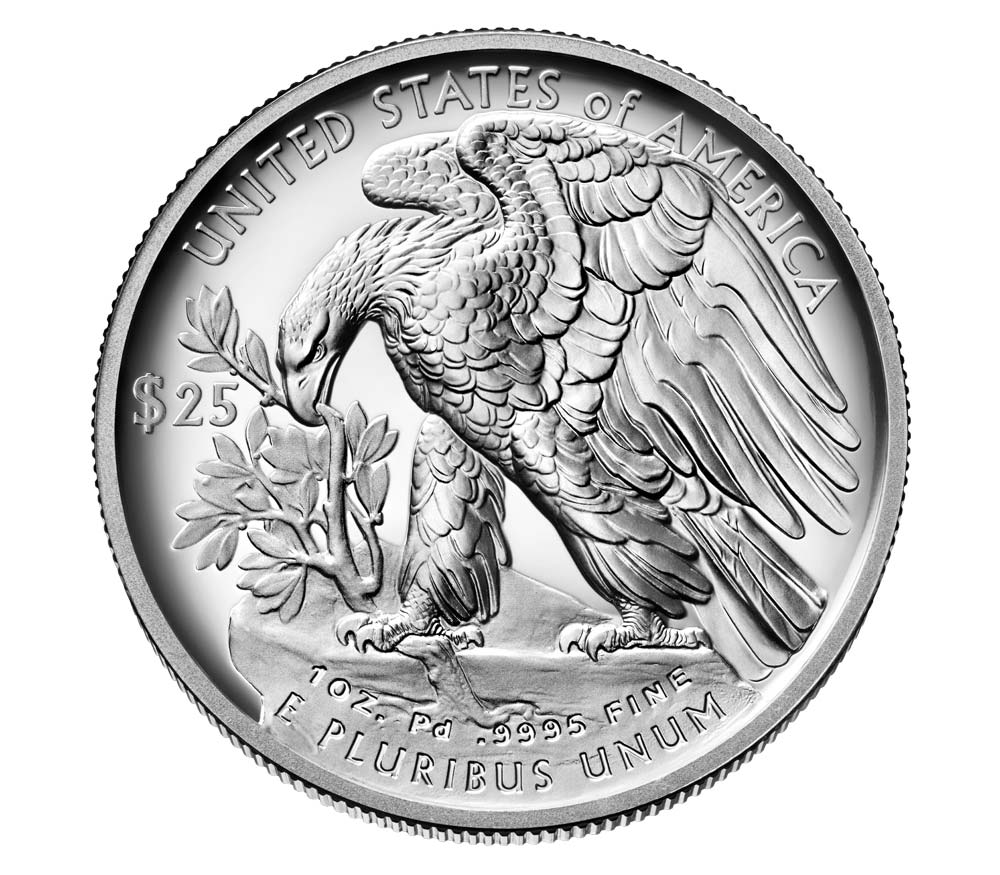 The reverse (tails) design features a high-relief version of the 1907 American Institute of Architects gold medal reverse, also by Weinman, which includes an eagle and a branch. Inscriptions are UNITED STATES of AMERICA, $25, 1 OZ. Pd (the chemical symbol for Palladium) .9995 FINE, and E PLURIBUS UNUM. 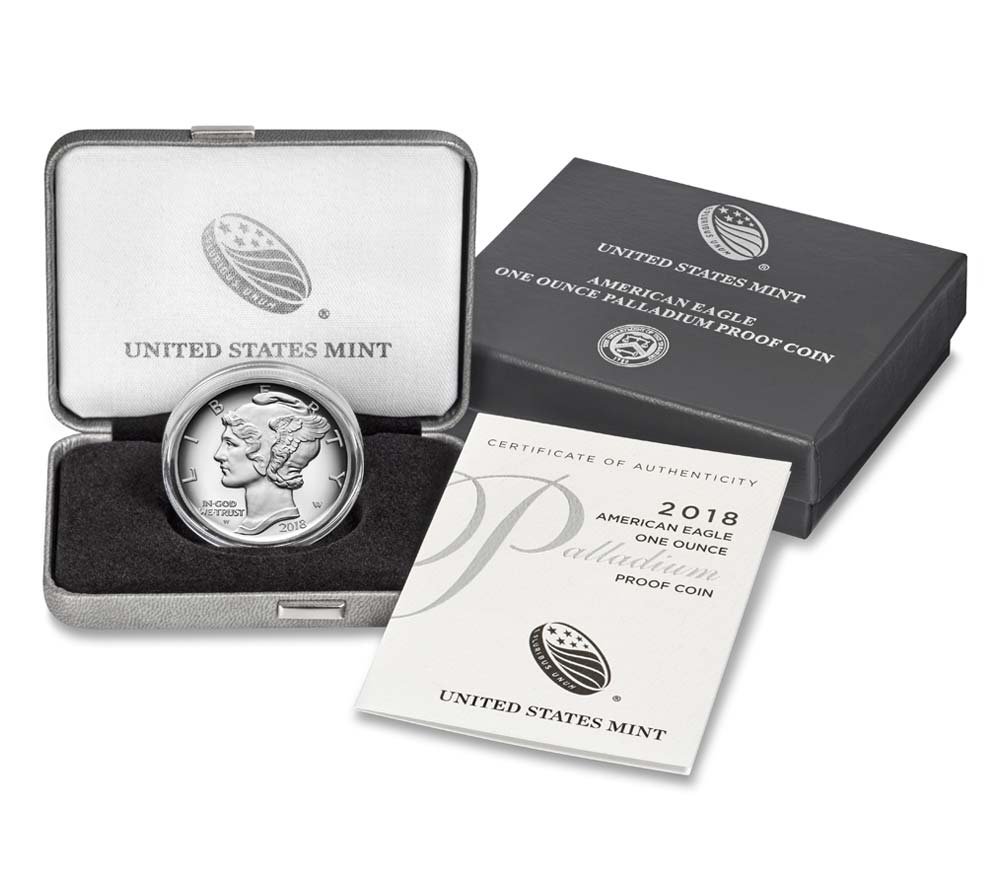 Each encapsulated coin arrives packaged in a gray leatherette presentation case with satin lining. A certificate of authenticity is included.

Pricing for the 2018 American Palladium Eagle one-ounce Proof coin is determined according to the range in which it appears on the United States Mint’s “Pricing of Numismatic Gold, Commemorative Gold, Platinum, and Palladium Products” table. Click here for the most current pricing information.


The Mint will accept orders at online or 1-800-USA-MINT (872-6468). Hearing- and speech-impaired customers with TTY equipment may order at 1-888-321-MINT. Information about shipping options is available at the Mint’s website.

The Mint has limited orders to one coin per household across all sales channels for the first 24 hours of sales, after which the Mint will remove the limit. This coin will not be available for purchase via the bulk program. The mintage and product limits are 15,000 units.