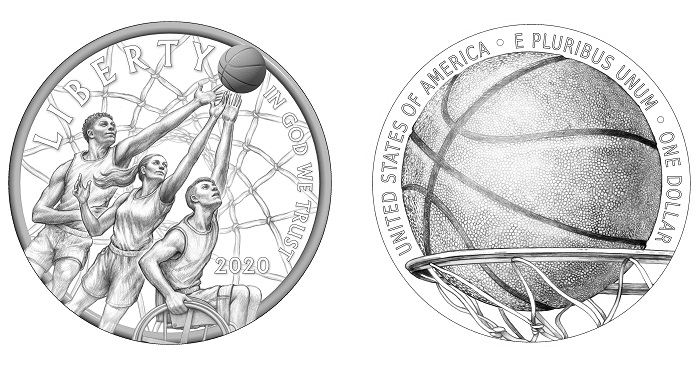 The designs will be featured on three dome-shaped coins: A $5 gold, a $1 silver, and a half-dollar clad. Public Law 115-343 authorizes the minting and issuance of these coins in recognition of the 60th anniversary of the founding of the Naismith Memorial Basketball Hall of Fame. 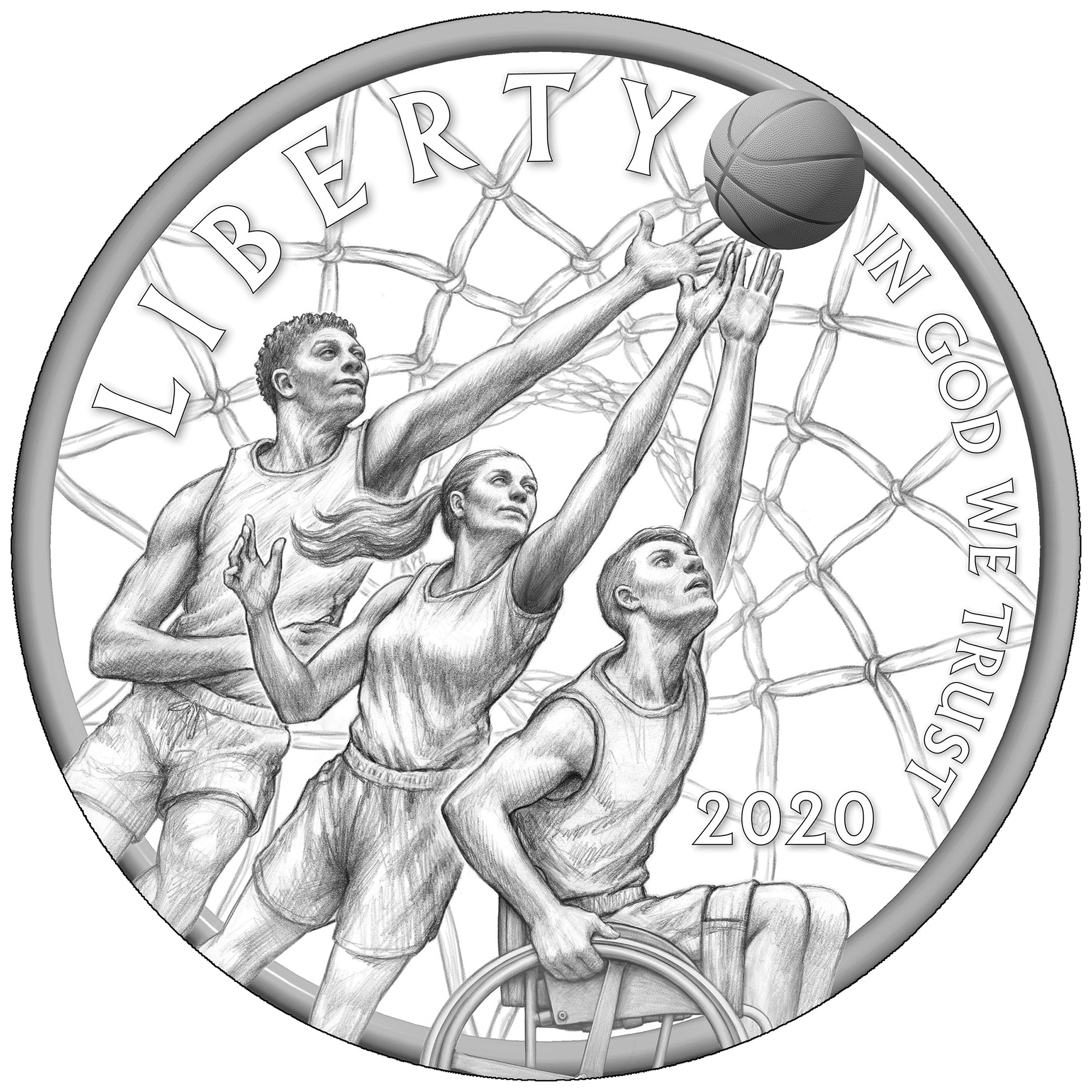 The common obverse (heads) design was selected from a public competition as required by the authorizing legislation. The winning design, by Mint Artistic Infusion Program (AIP) artist Justin Kunz, portrays the fast pace, intensity, and hands-on action of a basketball game — the constant, competitive struggle for possession of the ball and the skill required to clear the hoop. The design features three players reaching for the ball in unison, reflecting how the sport of basketball has brought together diverse people around the world through a simple, universal, and unifying athletic experience. Their arms are slightly elongated to emphasize the full exertion of physical and mental energy required to excel in this sport. The rim and net are subtle background design elements complementing the three players. Inscriptions are LIBERTY, IN GOD WE TRUST, and 2020. 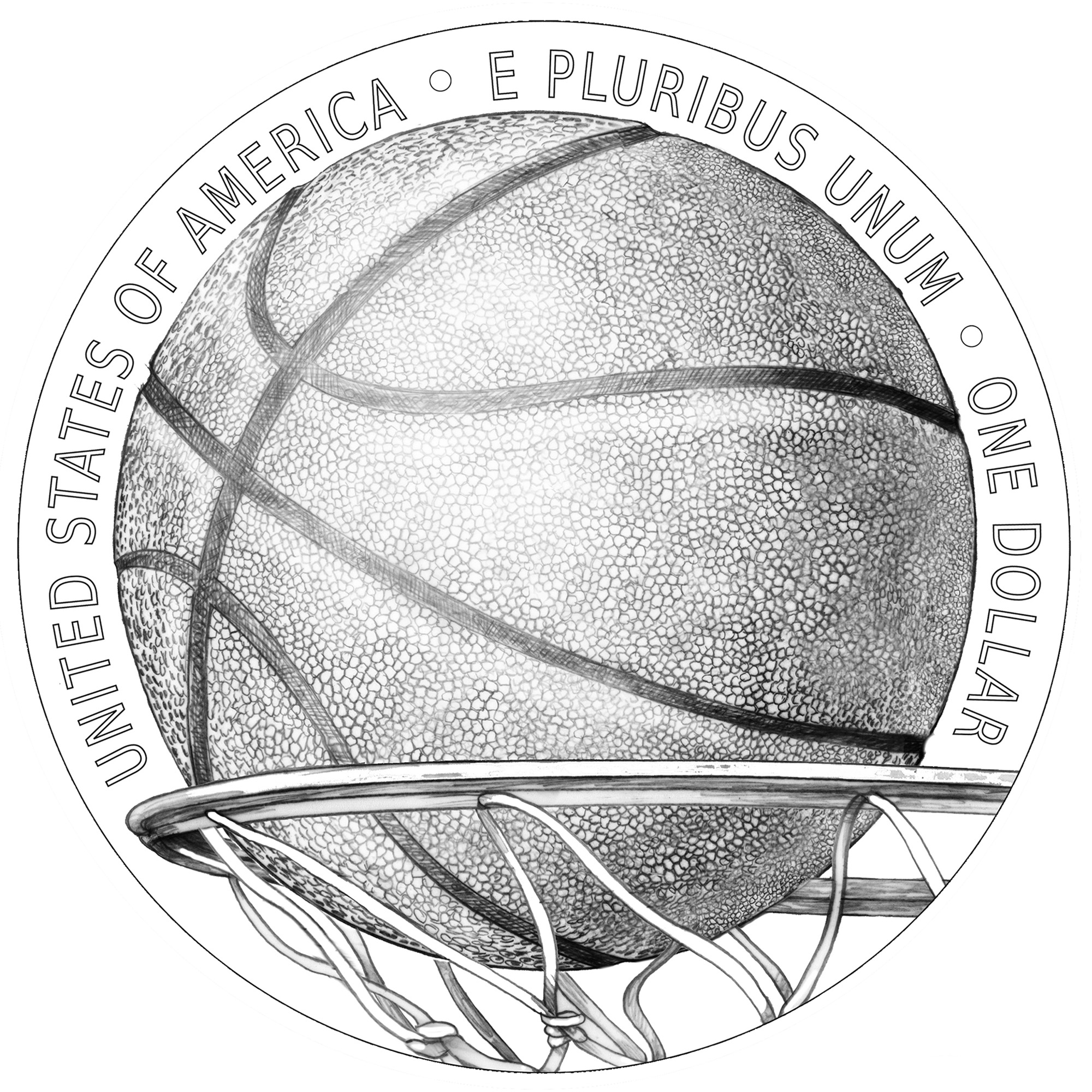 The common reverse design, by AIP artist Donna Weaver, depicts a basketball about to pass through the net, with the inscriptions of UNITED STATES OF AMERICA and E PLURIBUS UNUM. Additional inscriptions include FIVE DOLLARS on the gold coin, ONE DOLLAR on the silver dollar, and HALF DOLLAR on the clad coin.

Line art of both designs is available here.

The legislation authorizes the Mint to strike and issue up to 50,000 $5 gold coins, 400,000 $1 silver coins, and 750,000 half–dollar clad coins. Surcharges collected from coin sales — $35 for each gold coin, $10 for each silver coin, and $5 for each half dollar coin — are authorized to be paid to the Naismith Memorial Basketball Hall of Fame to fund an endowment that will enable increased operations and educational programming.