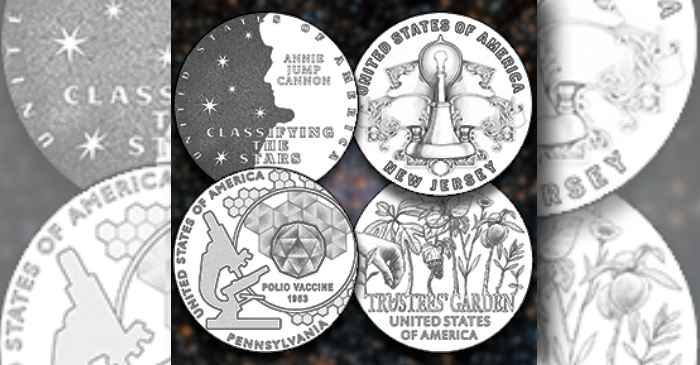 The $1 coins in this program feature distinctive reverse (tails) designs that pay homage to America’s ingenuity and celebrate the pioneering efforts of individuals or groups from each of the 50 states, the District of Columbia, and the United States territories. The 2019-dated coins represent innovators or innovations from Delaware, Pennsylvania, New Jersey, and Georgia.

Artists in the Mint’s Artistic Infusion Program (AIP) created the designs, which were sculpted by Mint sculptor-engravers. The Delaware $1 coin recognizes astronomer Annie Jump Cannon, who developed a system for classifying the stars that is still used today. This design features a silhouette of Ms. Cannon against the night sky, with a number of stars visible. The inscriptions are UNITED STATES OF AMERICA, ANNIE JUMP CANNON, CLASSIFYING THE STARS, and DELAWARE. 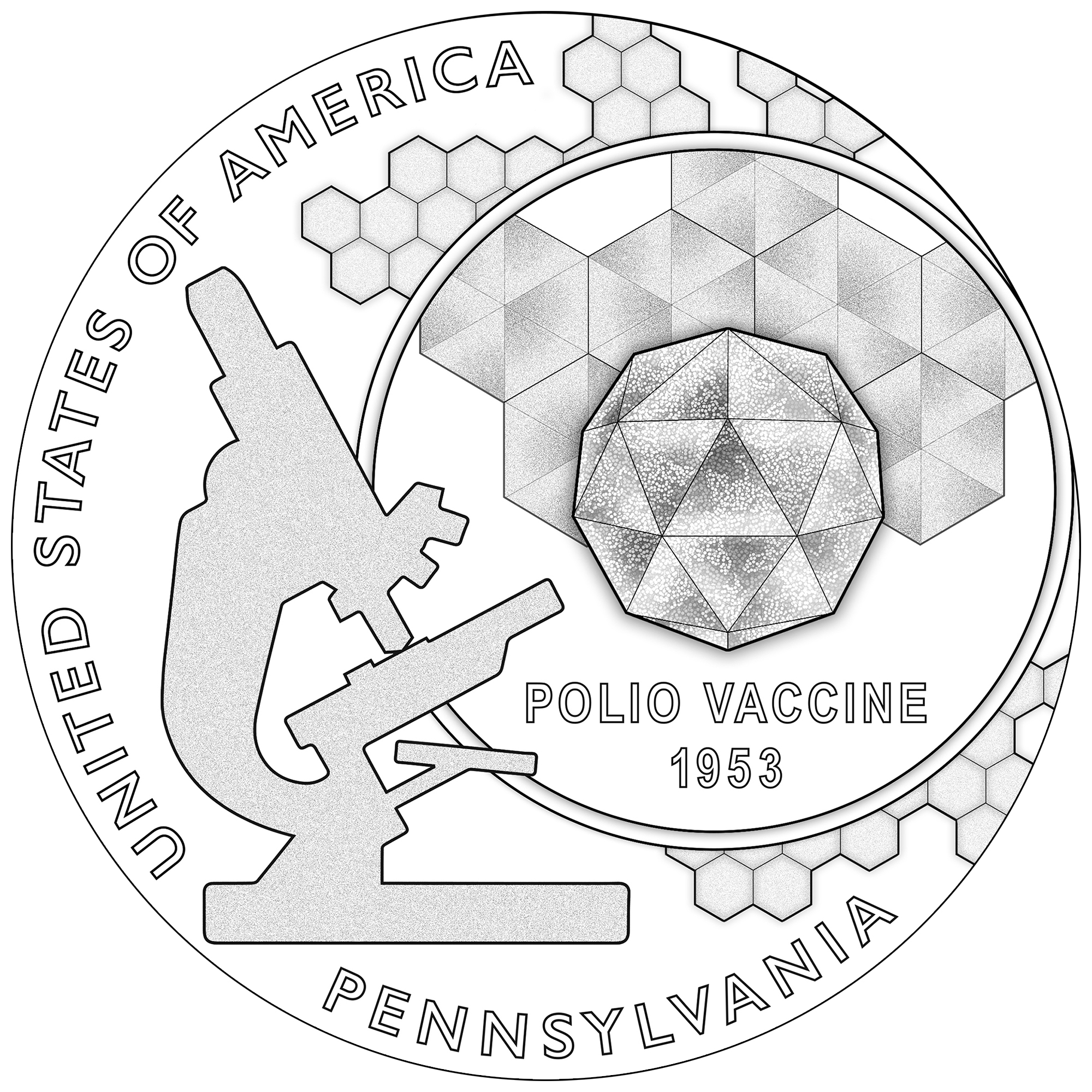 The Pennsylvania $1 coin recognizes the creation of a vaccine to prevent polio. This design depicts an artist’s conception of the poliovirus at three different levels of magnification along with the silhouette of a period microscope, representing the extensive research that was conducted to develop a cure for polio. The inscriptions are UNITED STATES OF AMERICA, POLIO VACCINE, 1953, and PENNSYLVANIA. 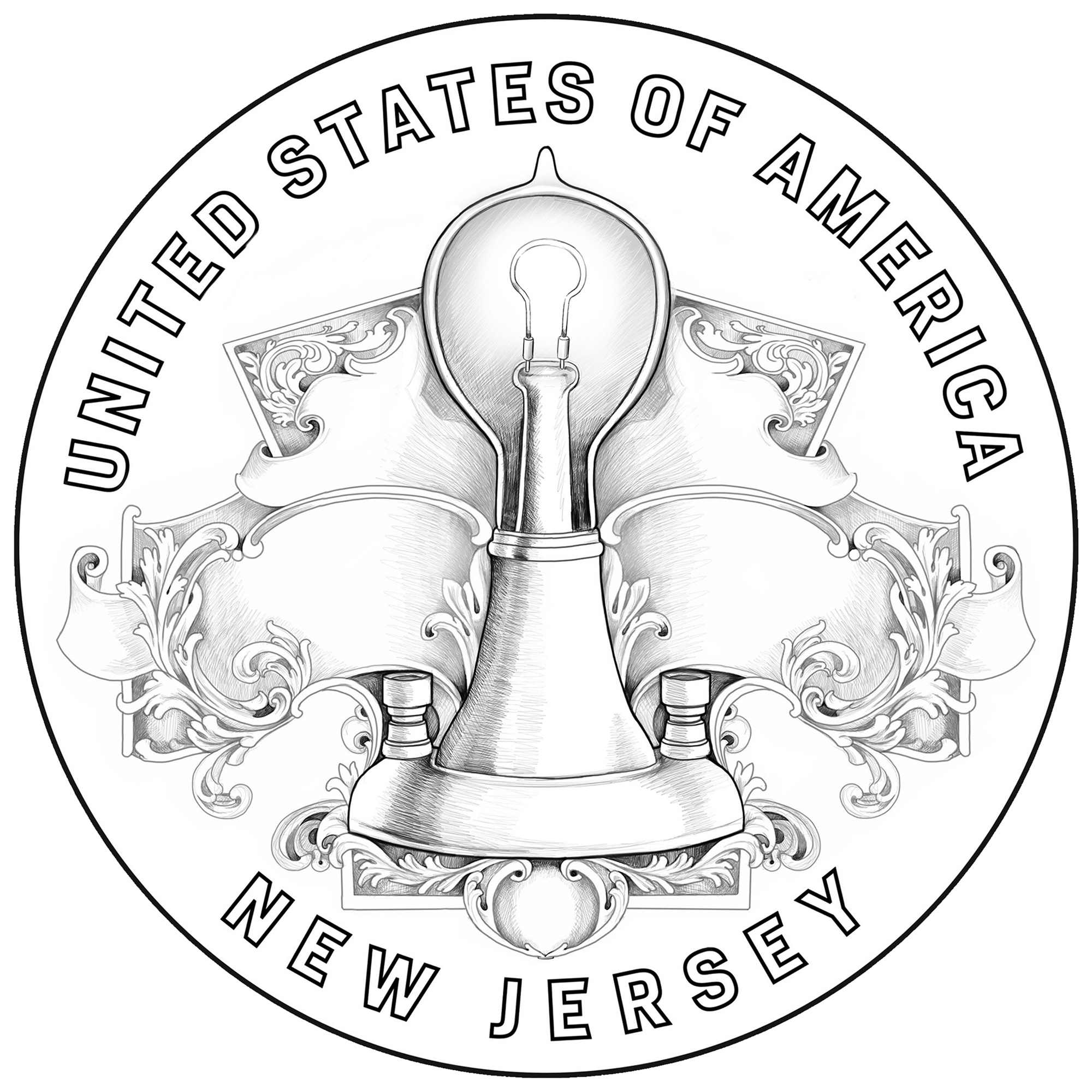 The New Jersey $1 coin honors the development of a lightbulb with a filament that could last 1,200 hours. This design features an Edison bulb against an ornate background. The inscriptions are UNITED STATES OF AMERICA and NEW JERSEY. 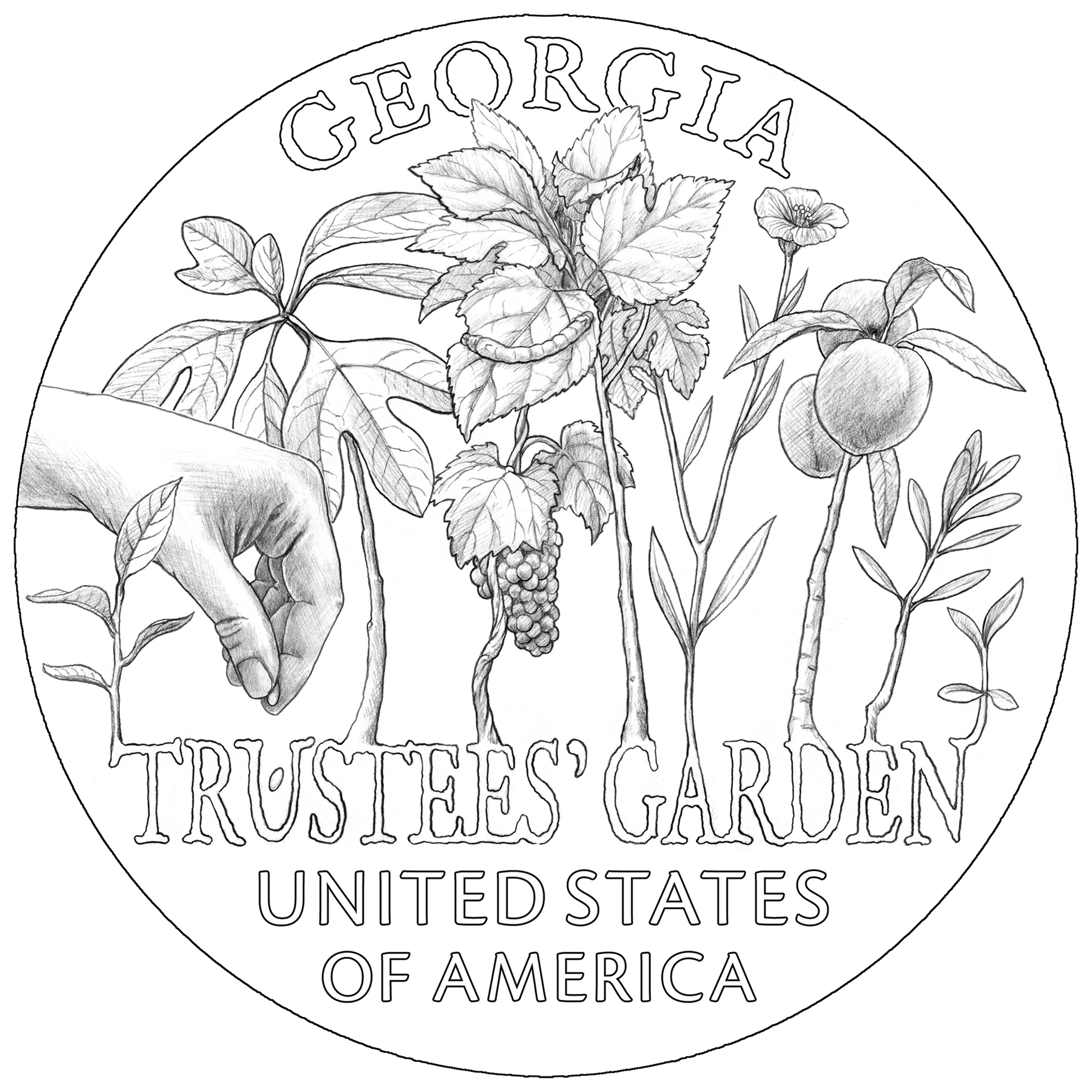 The Georgia $1 coin recognizes the Trustees’ Garden, established in the 1730s. It was the first agricultural experimental garden in America. This coin’s design depicts a hand planting seeds in the inscription TRUSTEES’ GARDEN, from which grows a variety of species representing the variety of plants grown in the garden: An orange tree seedling, sassafras, grapes, white mulberry, flax, peaches, olive, and a young shoot too small to be identified. The additional inscriptions are UNITED STATES OF AMERICA and GEORGIA. 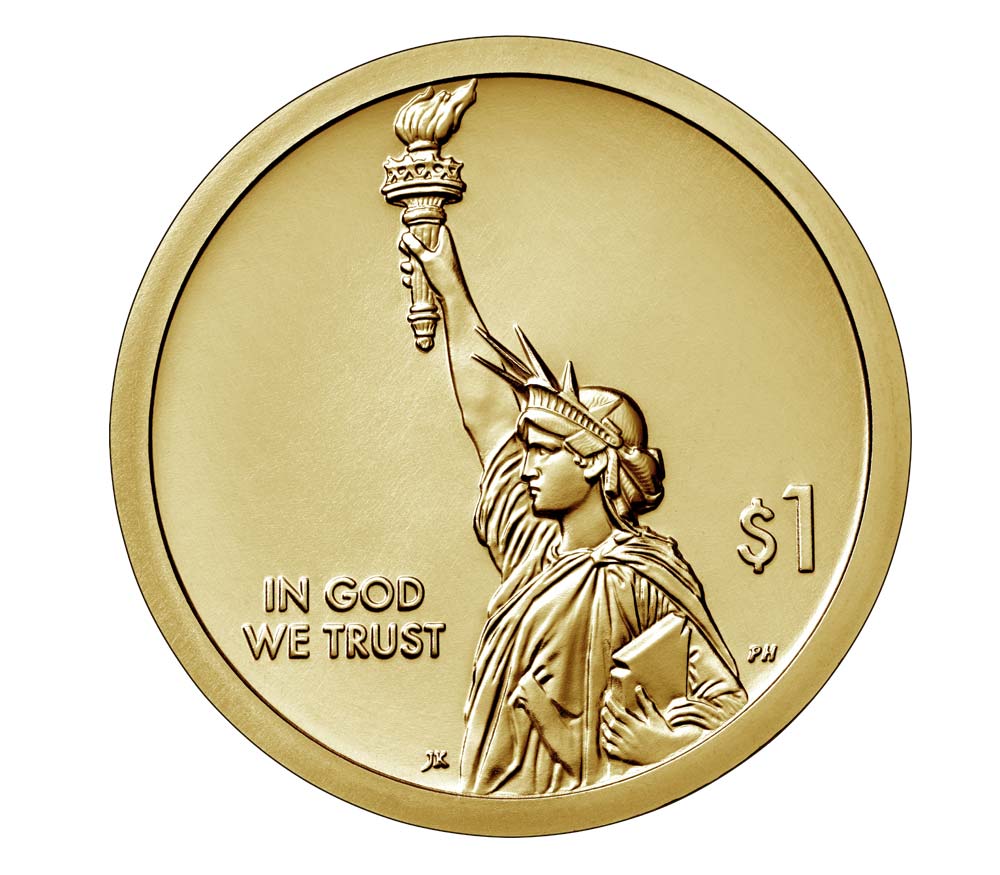 The common obverse (heads side) of all the coins in this series features a dramatic representation of the Statue of Liberty and the required inscriptions $1 and IN GOD WE TRUST.

The Mint will release coins featuring these designs later this year.

The American Innovation $1 Coin Program is authorized by Public Law 115-197 — the American Innovation $1 Coin Act of 2018 (Act). The Act directs the Mint to strike and issue non-circulating $1 coins in recognition of significant innovations and pioneering efforts of individuals or groups from each of the 50 States, the District of Columbia, and the United States territories — Puerto Rico, Guam, American Samoa, the U.S. Virgin Islands, and the Commonwealth of the Northern Mariana Islands. The Mint will issue these coins at a rate of four per year in the order each State ratified the Constitution of the United States or was admitted into the Union. The program began in 2018 and will span a 14-year period.