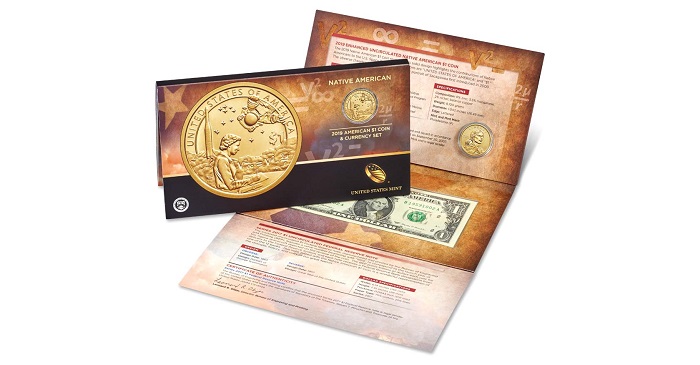 This unique set pairs one enhanced Uncirculated 2019 Native American $1 coin produced by the United States Mint at Philadelphia and one $1 Series 2017 note produced by the Bureau of Engraving and Printing. 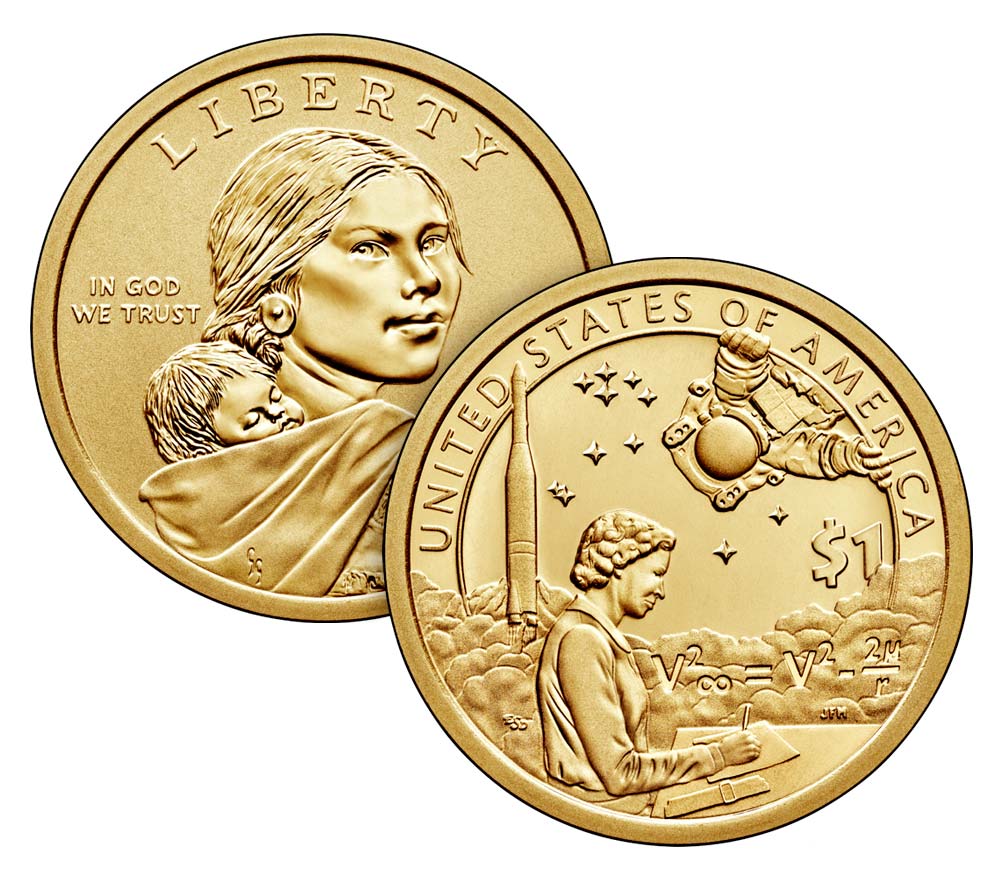 The reverse (tails) of the 2019 Native American $1 coin depicts Mary Golda Ross writing calculations. Behind her, an Atlas-Agena rocket launches into space, with an equation inscribed in its cloud. An astronaut, symbolic of Native American astronauts, including John Herrington, spacewalks above. In the field behind, a group of stars indicates outer space. Inscriptions include UNITED STATES OF AMERICA and $1. The coin’s obverse retains the central figure “Sacagawea” carrying her infant son, Jean Baptiste, with the inscriptions LIBERTY and IN GOD WE TRUST. 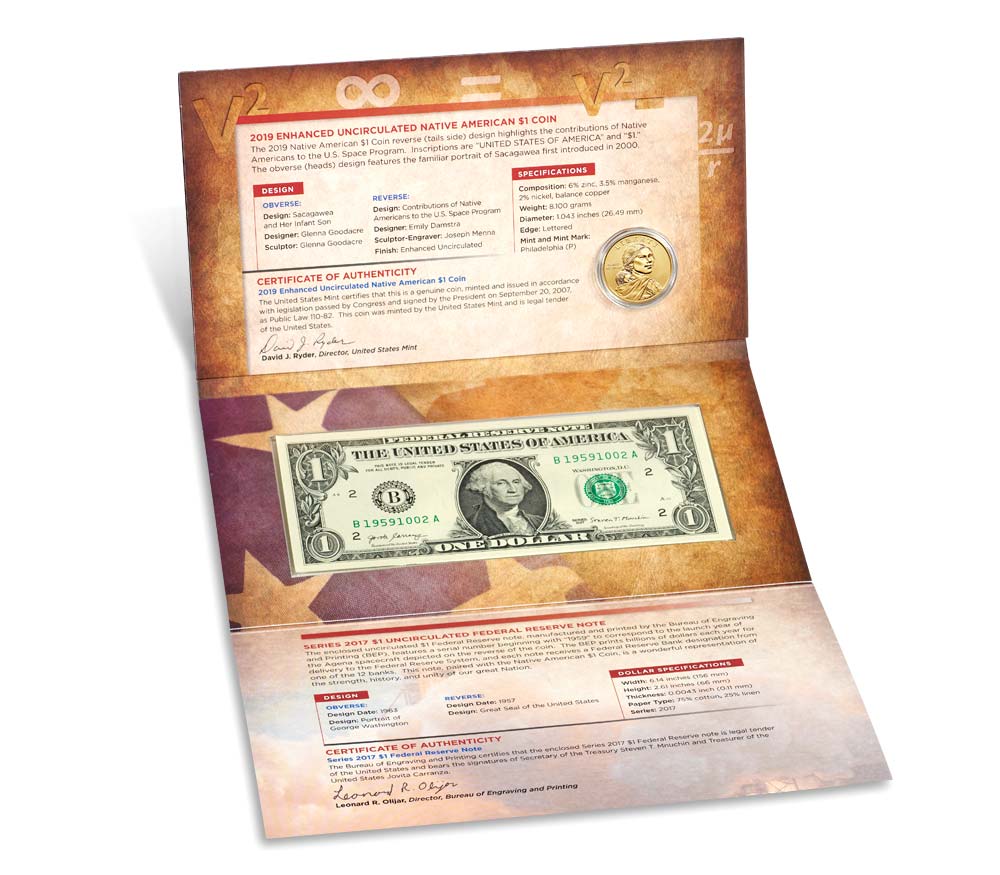 The $1 Series 2017 note is from one of the 12 Federal Reserve Bank locations across the United States. It features a serial number beginning with “1959” that corresponds with the launch year of the Agena spacecraft depicted on the reverse of the $1 coin. The note is in a protective sleeve. 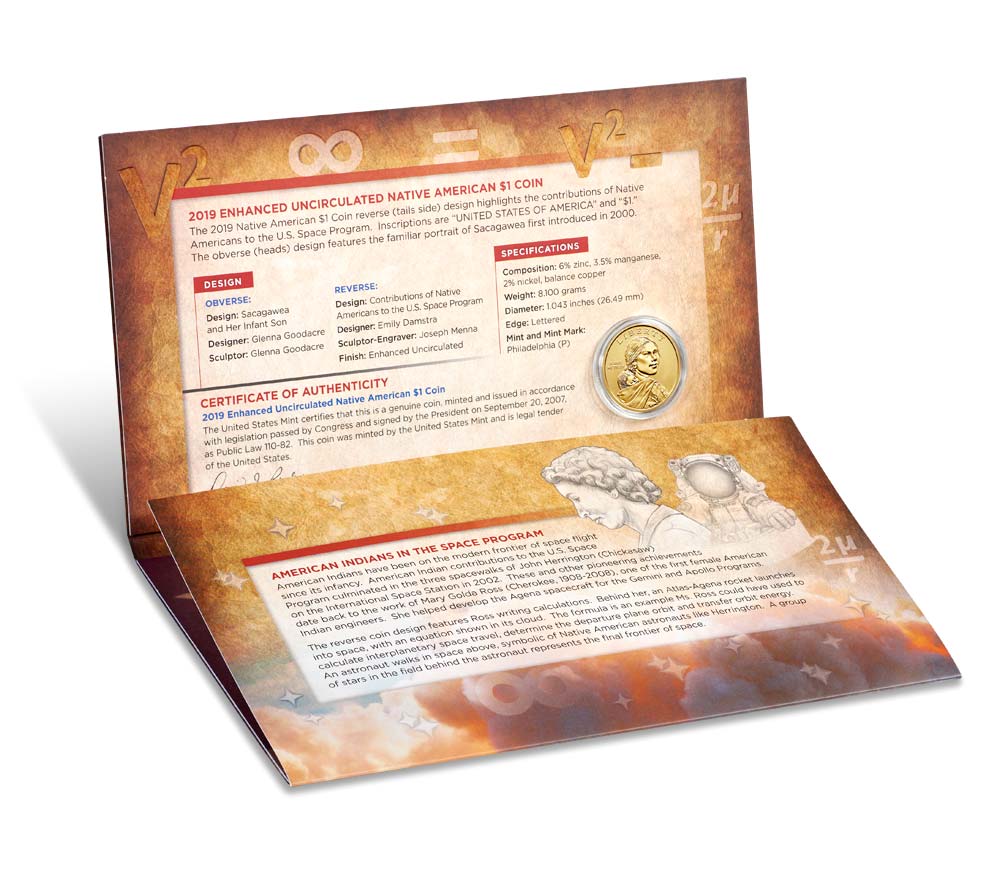 A handsome tri-fold presentation folder holds the $1 coin and $1 note. The certificate of authenticity is printed on the package, which includes an outer sleeve. 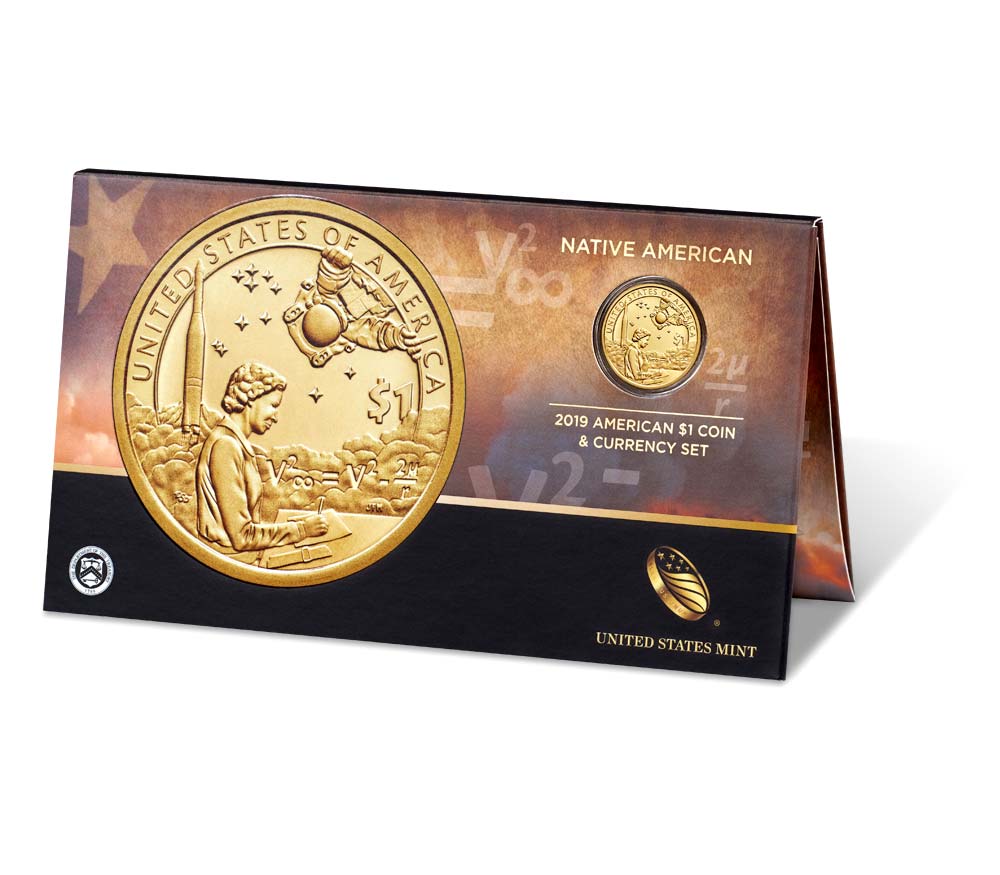 The Mint accepts orders online and at 1-800-USA-MINT (872-6468). Hearing- and speech-impaired customers with TTY equipment may order at 1-888-321-MINT. Visit the Mint’s website for information about shipping options.

Mintage for the 2019 Native American $1 Coin & Currency Set is limited to 50,000 units. Orders will be limited to two per household.