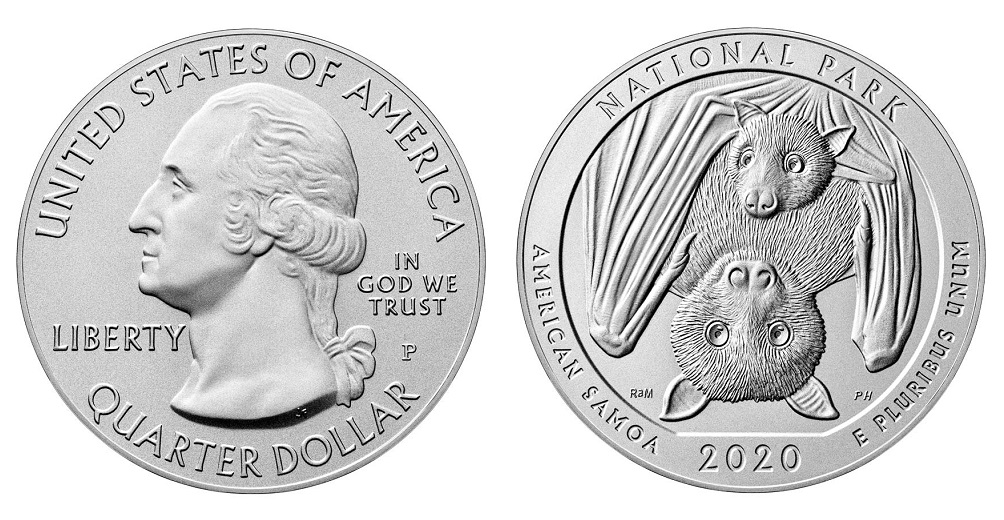 The United States Mint will participate in an event to celebrate the release of the America the Beautiful Quarters Program coin honoring the National Park of American Samoa on Thursday, Feb. 13, 2020, at 10 a.m. (SST). The event will be held at Su’igaula o le Atuvasa, Utulei Beach Park, Route 1, Utulei, AS 96799. The coin’s reverse image showcases a Samoan fruit bat mother hanging in a tree with her pup. Following the ceremony, $10 rolls of newly minted National Park of American Samoa quarters will be available for exchange.

The following individuals will be present at the event:

The National Park of American Samoa quarter is the 51st release in the United States Mint America the Beautiful Quarters Program, a 12-year initiative that honors 56 national parks and other national sites authorized by Public Law 110-456. Each year until 2020, the public will see five new national sites depicted on the reverses (tails sides) of the America the Beautiful quarters. A final coin will be released in 2021. The United States Mint is issuing these quarters in the order in which the national sites were officially established.