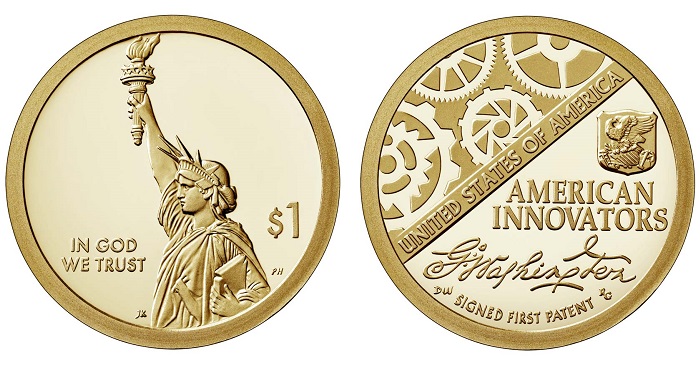 Join the United States Mint for the official launch of the American Innovation $1 Coin Program on Friday, December 14, 2018, at 11:30 a.m. (EST). The event will take place at the Mint’s new Coin Store at 801 9th Street NW in Washington, D.C.

Event highlights include a ribbon-cutting ceremony signaling the beginning of the new coin program followed by an autograph signing by Mint Director David Ryder. Products containing the introductory 2018 American Innovation $1 coin will be available for purchase following the ceremony.

Public Law 115-197 authorizes the Mint to strike and issue coins under the American Innovation $1 Coin Program in recognition of the significant innovation and pioneering efforts of individuals or groups from each of the 50 States, the District of Columbia, and the United States territories — Puerto Rico, Guam, American Samoa, the U.S. Virgin Islands, and the Northern Mariana Islands. The Mint will issue these coins at a rate of four per year.

Click here to learn more about the United States Mint.