The United States Mint has started accepting orders for the 2013 Theodore Roosevelt Coin and Chronicles Set. This special collectible set highlights the 26th President’s legacy as a soldier, statesman, and conservationist. 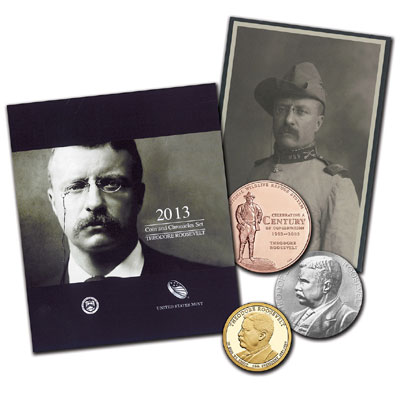 Each set contains the following items:

The sets are priced at $57.95 each plus applicable shipping and handling. There is no stated product limit and no household limit imposed. According to the US Mint’s website, the product will be available for shipping on March 7, 2014.