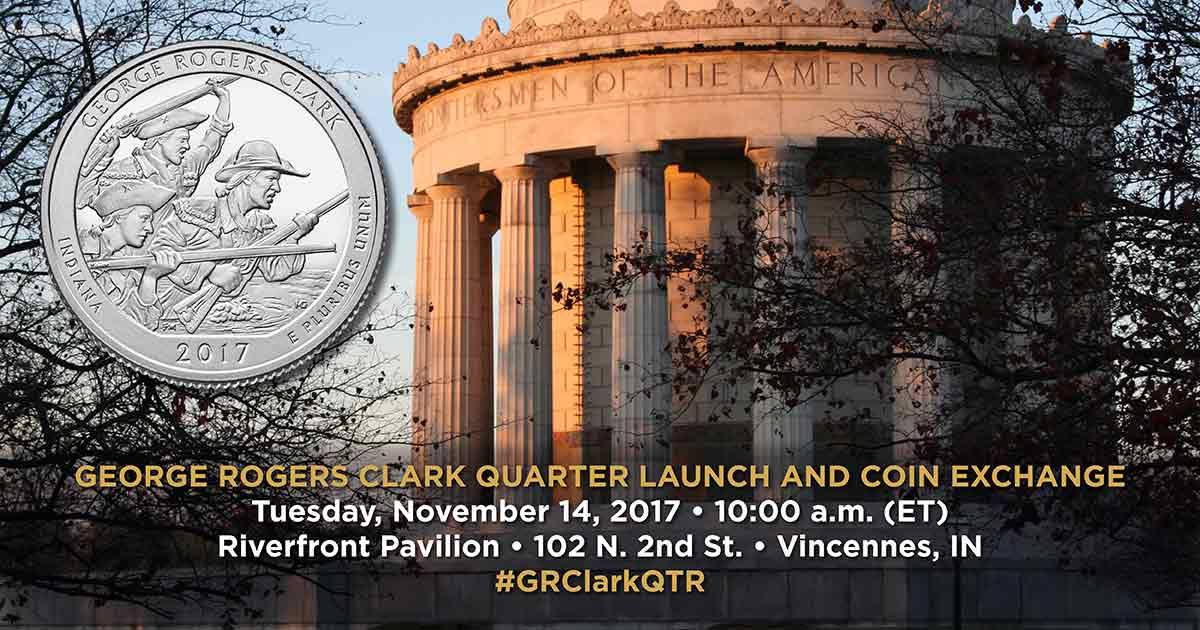 Other individuals who will be present at the event are as follows:

On Monday, November 13 (the evening before the ceremony), the Mint will host a coin forum at 6:00 p.m. ET at the George Rogers Clark National Historical Park Visitor Center, 401 South 2nd Street, Vincennes, Indiana. The coin forum is an opportunity for the public to learn about upcoming coin programs and initiatives, and express their views about future coinage.

The George Rogers Clark quarter is the 40th issue in the America the Beautiful Quarters Program, and the final ATB issue of 2017. The Mint will open sales for bags and rolls of the coins on November 13 at noon.