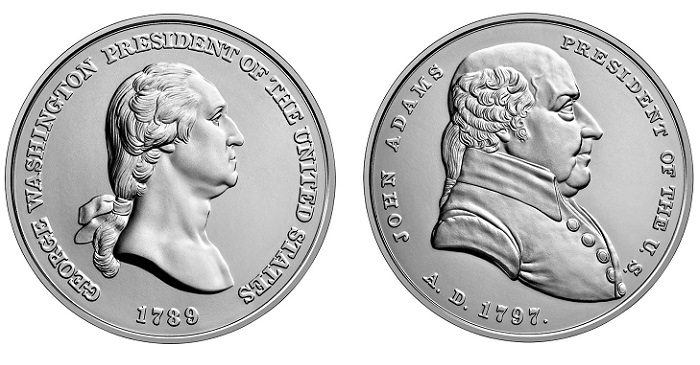 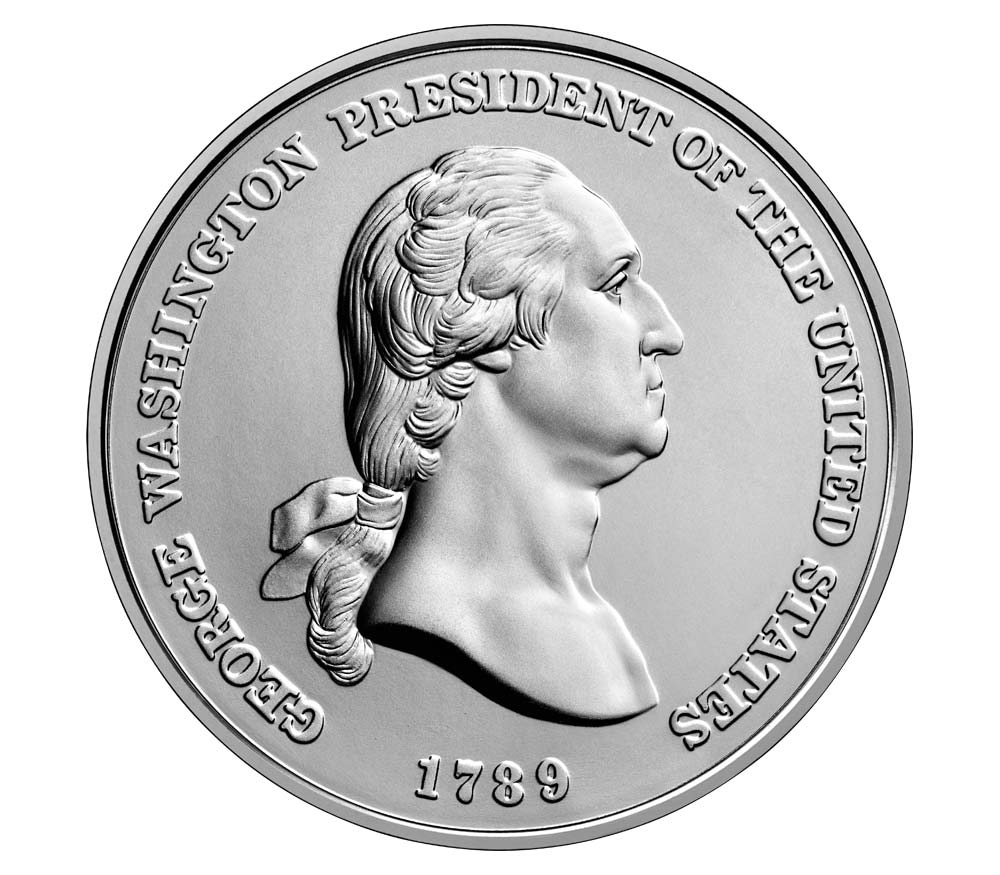 The obverse (heads) of the George Washington Presidential Silver Medal features his portrait as designed by Pierre Simon Duvivier. The inscription GEORGE WASHINGTON PRESIDENT OF THE UNITED STATES and the year 1789 are centered along the border of the medal. 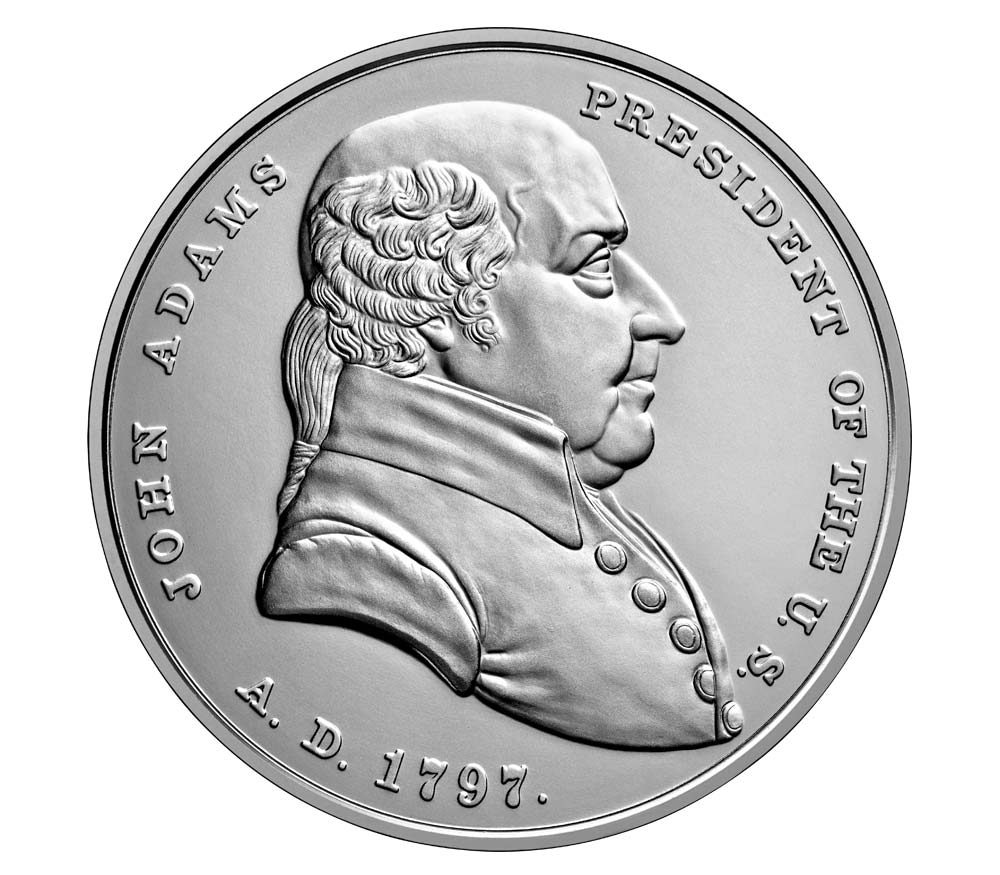 The obverse of the John Adams Presidential Silver Medal features his portrait as designed by Moritz Furst. The inscription JOHN ADAMS PRESIDENT OF THE UNITED STATES and year A.D. 1797 are alongside the border of the medal. 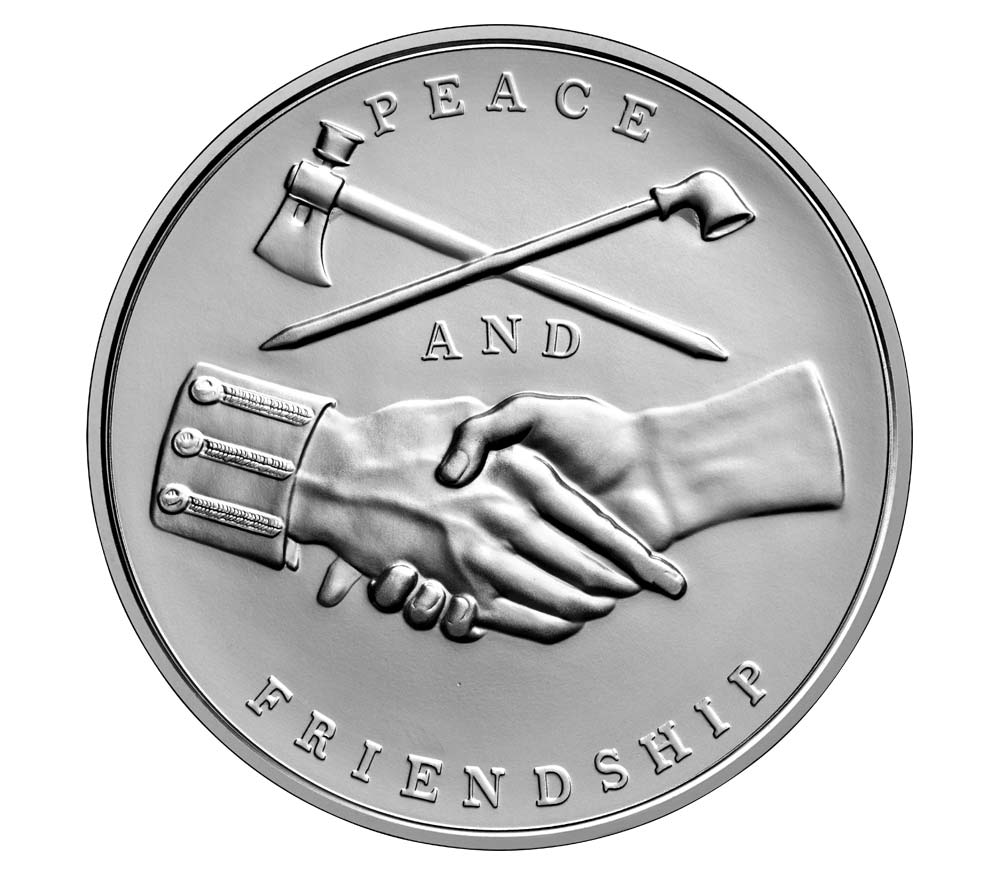 The reverse (tails) design of both medals is by John Reich. The design features the inscription PEACE AND FRIENDSHIP, symbolized by two hands clasped in token of amity. On the cuff of the left wrist are three stripes with buttons, each button carrying the American eagle; the other wrist is bare. Above the hands, the pipe of peace and the tomahawk are crossed over each other. 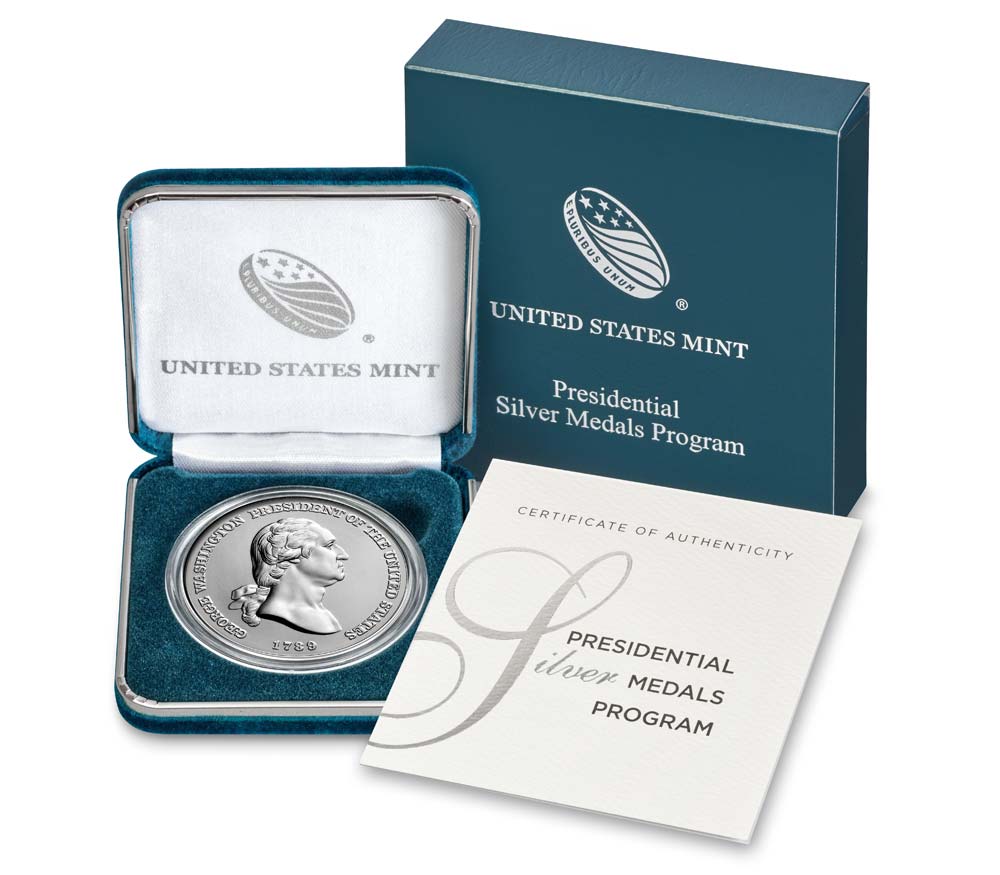 Each encapsulated presidential silver medal arrives packaged in a clamshell case with a standardized certificate of authenticity.

The Mint is introducing the Presidential Silver Medals Program under the authority of Title 31 U.S.C. § 5111(a)(2), which allows the Secretary of the Treasury to “prepare national medal dies and strike national and other medals if it does not interfere with regular minting operations.”

The Department of the Treasury has a long-standing tradition of honoring each president of the United States with an official bronze medal struck by the Mint. The Mint is now replicating these medals in .999 percent fine silver.


After the initial release of the Washington and Adams presidential silver medals in 2018, the Mint will issue four presidential silver medals each year (one each quarter) beginning in 2019 in the order that the presidents served. The medals will have a matte finish similar to an Uncirculated coin. (Note: The term “Uncirculated” is exclusive to coins.) The medals may be produced across multiple production facilities and will not have a mint mark.

The Mint accepts orders online and by dialing 1-800-USA-MINT (872-6468). Hearing- and speech-impaired customers with TTY equipment may order at 1-888-321-MINT. Information about shipping options is available at the Mint’s website.

About the United States Mint
Congress created the United States Mint in 1792, and the Mint became part of the Department of the Treasury in 1873. As the Nation’s sole manufacturer of legal tender coinage, the Mint is responsible for producing circulating coinage for the Nation to conduct its trade and commerce. The Mint also produces numismatic products, including Proof, Uncirculated, and commemorative coins; Congressional Gold Medals; silver and bronze medals; and silver and gold bullion coins. Its numismatic programs are self-sustaining and operate at no cost to taxpayers.