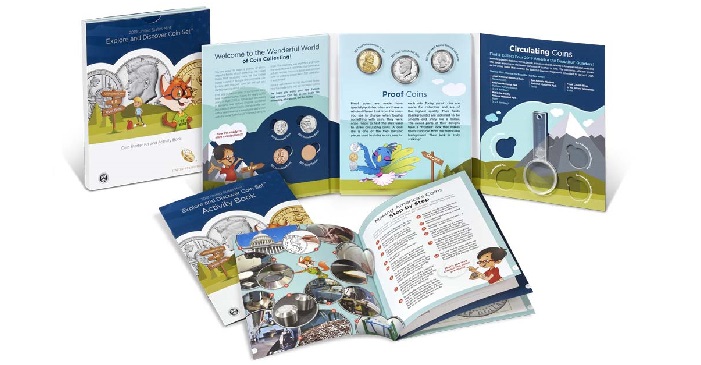 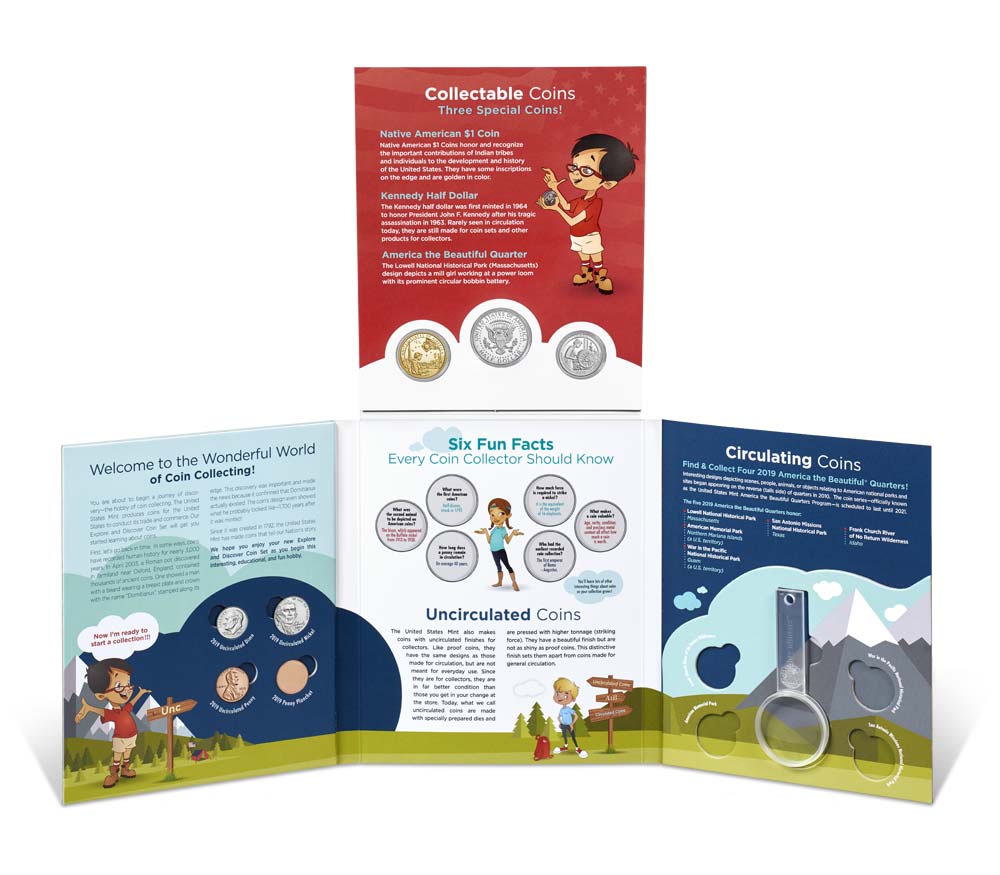 The 2019 United States Mint Explore and Discover Coin Set consists of a coin folder and activity book with a penny planchet (coin blank) and the following six coins: 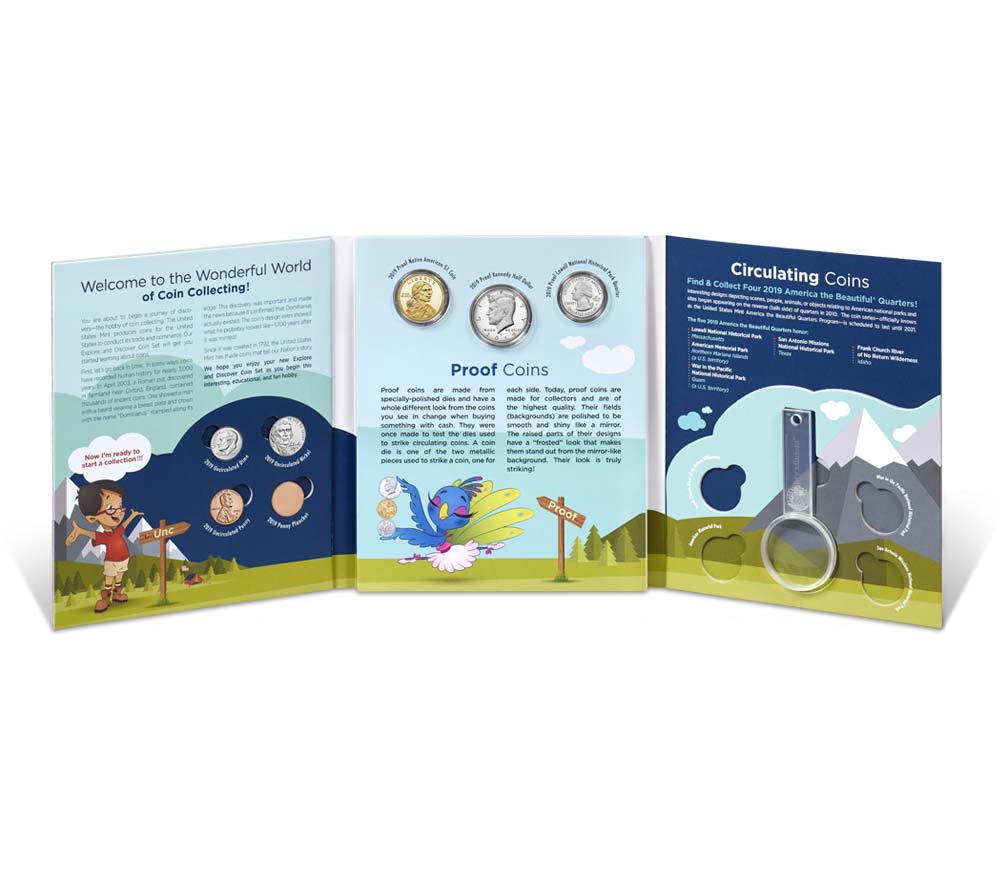 The quarter, dollar, and half dollar have a Proof finish from the San Francisco Mint, and the penny, nickel, and dime have an Uncirculated finish from the Denver Mint. There are four openings for the remaining 2019 quarters, which young collectors can fill as they find the quarters in their change. A Mighty Minter magnifying glass and an activity booklet are also included with the set. The Mint’s certificate of authenticity comes with each set. 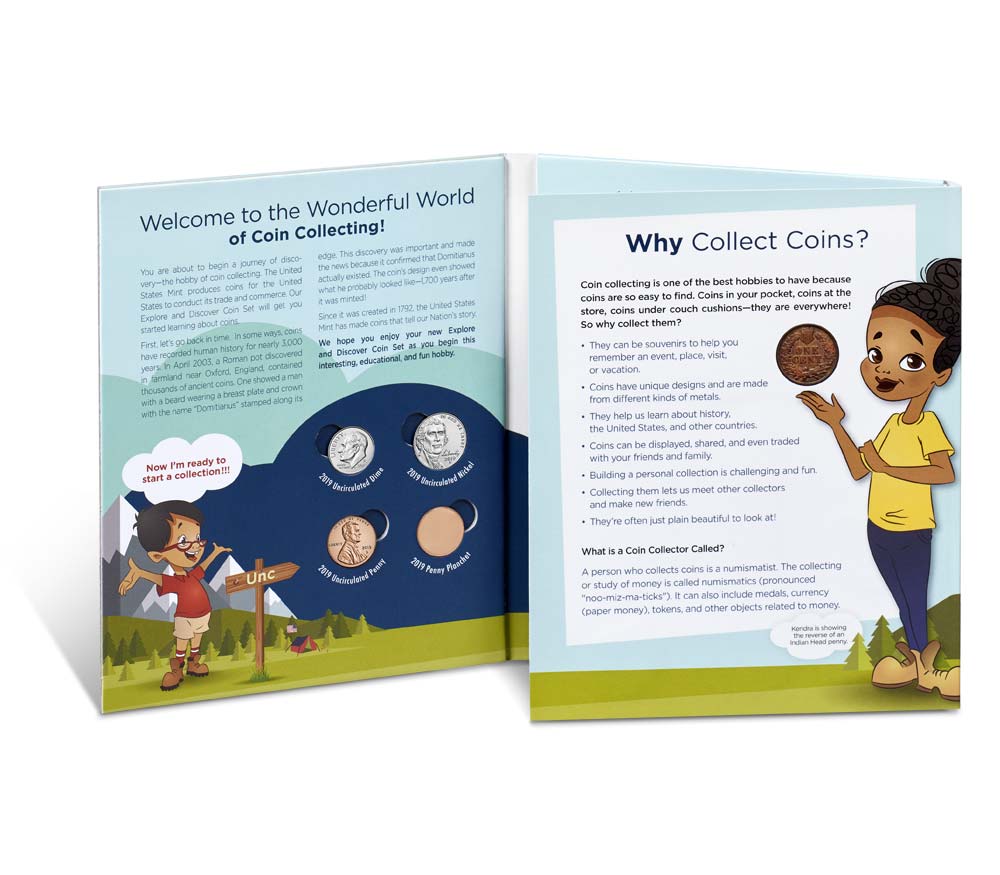 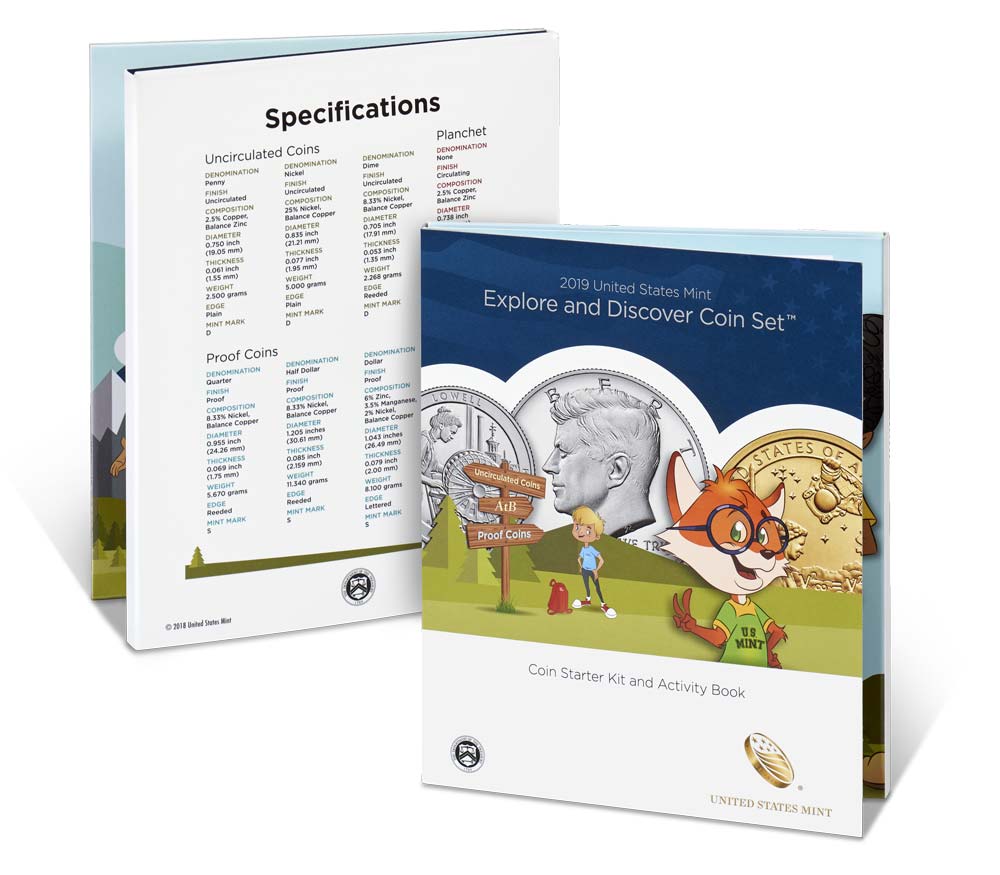 The United States Mint Explore and Discover Coin Set is priced at $19.95. Orders will be accepted online and at 1-800-USA-MINT (872-6468). Hearing- and speech-impaired customers with TTY equipment may order at 1-888-321-MINT. Information about shipping options is available at the Mint’s website.

Note: To ensure that all members of the public have fair and equal access to United States Mint products, the United States Mint will not accept and will not honor orders placed prior to the official on-sale date and time of March 28, 2019, at noon EDT.