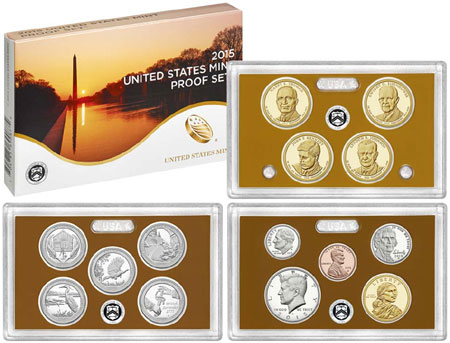 The 14 coins are encased in three clear plastic lenses and housed in a newly designed outer carton accompanied by a certificate of authenticity. The sets are priced at $32.95 each plus applicable shipping and handling. There are no product or household ordering limits imposed.