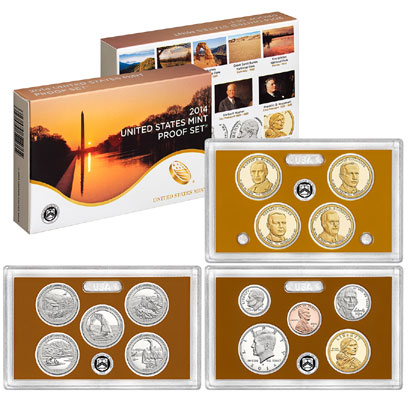 The 14 proof coins are packaged in three separate protective plastic lenses. These are placed within an outer box illustrated on the front with an image of the Washington Monument at sunset. The back of the box features images of the five national sites depicted on the quarters, portraits of the four Presidents from the $1 coins, and the remaining five coins of the set. A certificate of authenticity is also included.

Each set is priced at $31.95. There are no stated product limits or household ordering limits imposed. For additional information or to place an order, please visit http://catalog.usmint.gov/