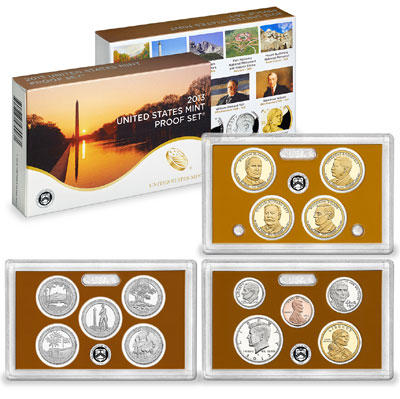 The 2013 Native American Dollar reflects the theme “The Delaware Treaty of 1778” and features a depiction of a turkey, howling wolf, and turtle as symbols of the clans of the Delaware Tribe. This series features an annually rotating reverse design highlighting the contributions and accomplishments of Native Americans.

The 14 coins included in the 2013 Proof Set are packaged in three separate protective lenses. These are placed within a newly designed outer box with a certificate of authenticity.

Each set is priced at $31.95. There are no stated product limits or household ordering limits imposed. For additional information or to place an order, please visit http://catalog.usmint.gov/