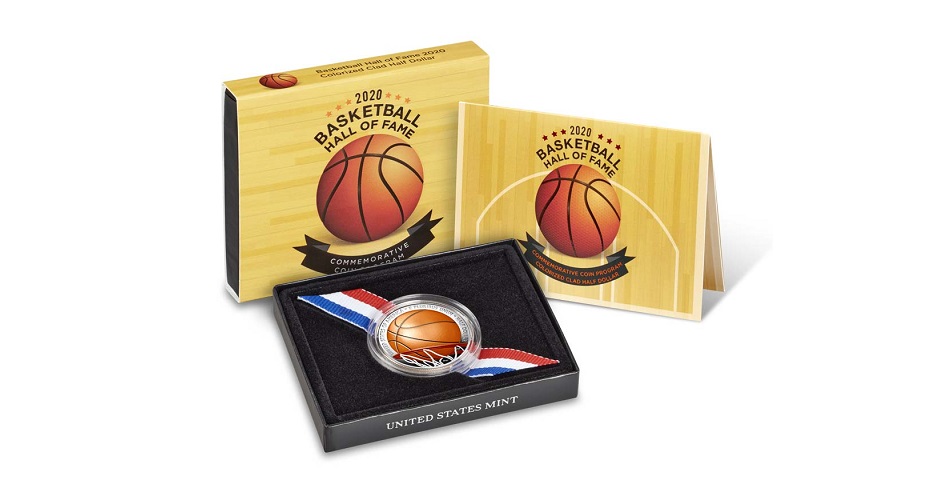 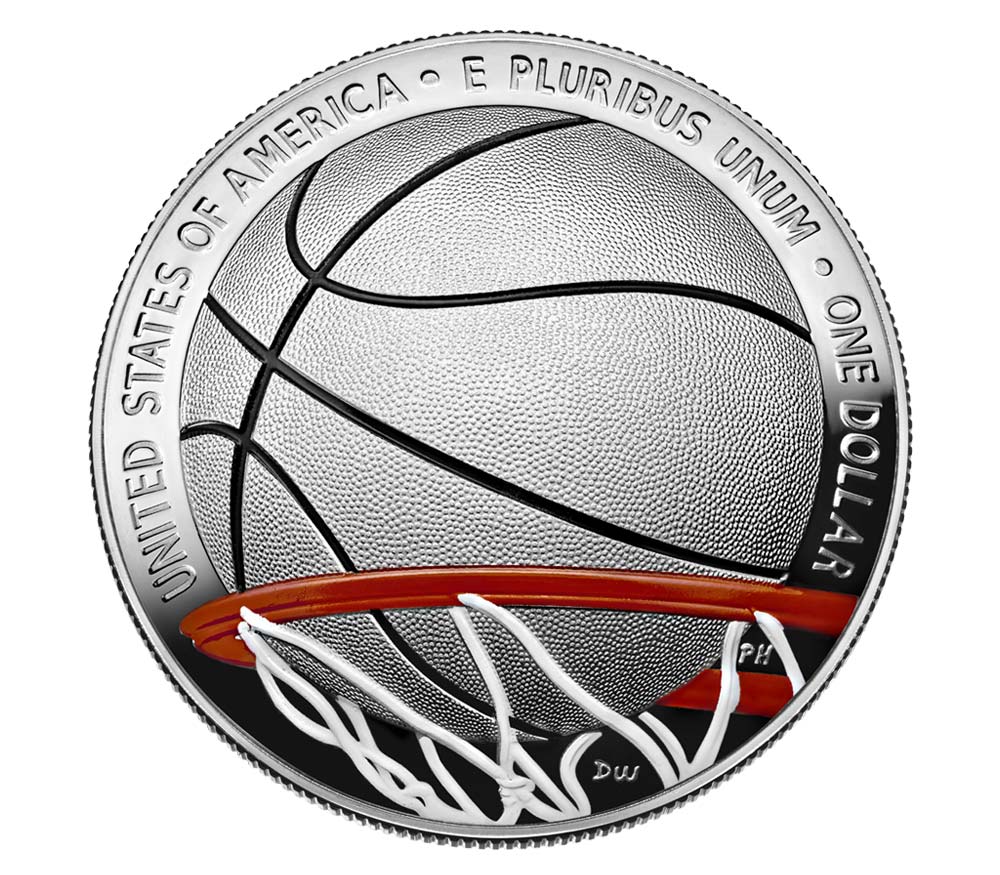 These historic coins are the first in the Mint’s history to have color applied to their design elements. The reverse design of the colorized silver dollar depicts a basketball with black seams about to pass through a white net, with its rim rendered in a familiar orange hue associated with the sport and the Hall of Fame. Inscriptions are UNITED STATES OF AMERICA, E PLURIBUS UNUM, and ONE DOLLAR. 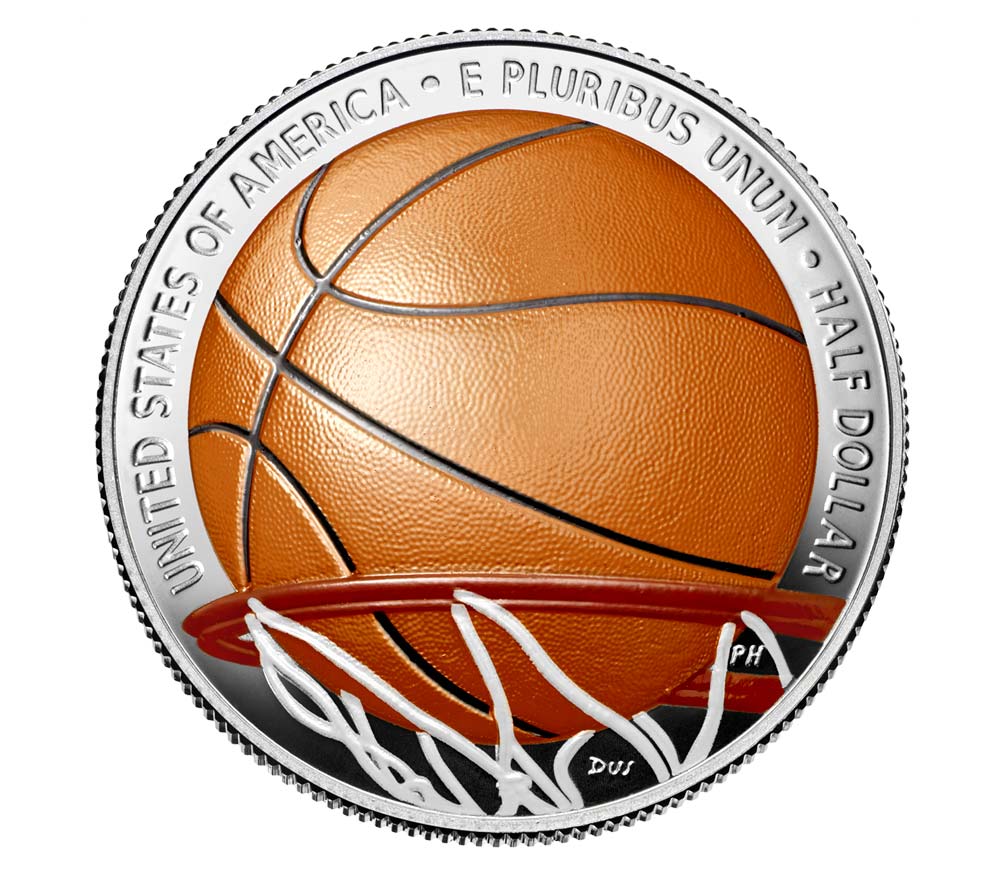 The reverse design of the colorized half dollar depicts an orange basketball with black seams about to pass through a white net, with the basketball and net’s rim rendered in two distinct shades of the familiar orange hue associated with the sport and the Hall of Fame. Inscriptions are UNITED STATES OF AMERICA, E PLURIBUS UNUM, and HALF DOLLAR. 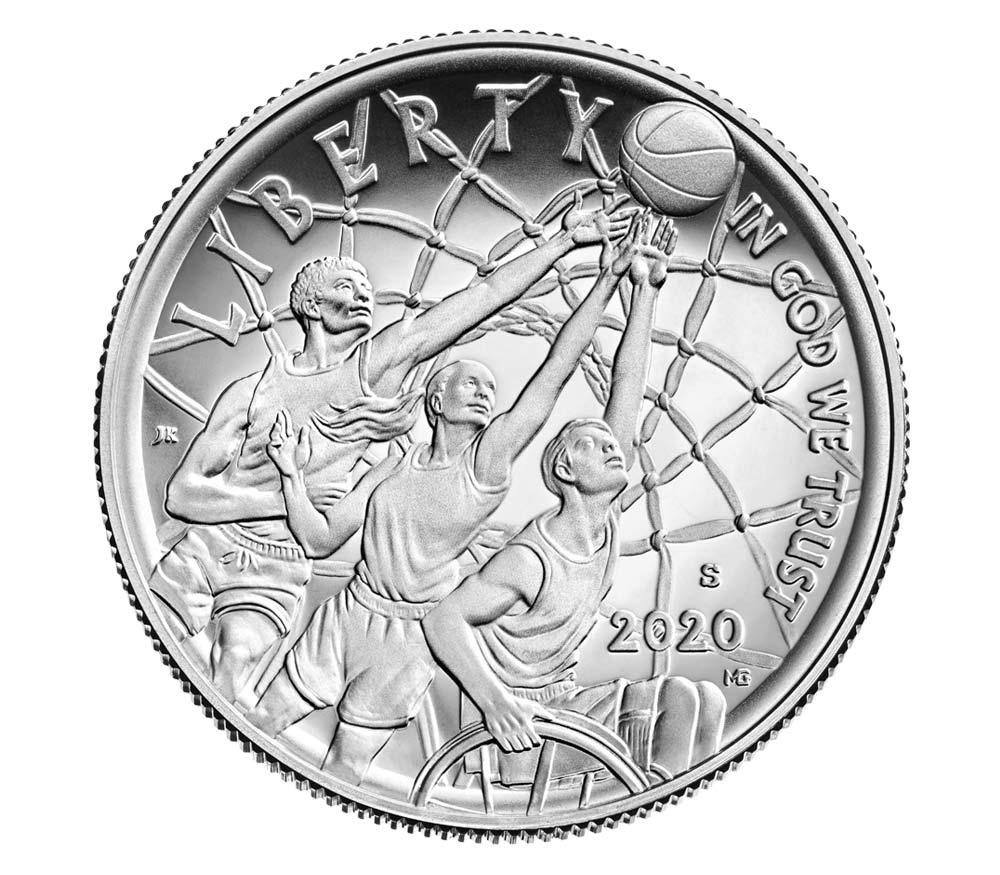 The obverse (heads) design of all coins in the Basketball Hall of Fame Commemorative Coin Program portrays the fast pace, intensity, and hands-on action of a basketball game — the constant, competitive struggle for possession of the ball and the skill required to clear the hoop. The design features three players reaching for the ball in unison, reflecting how the sport of basketball has brought together diverse people around the world through a simple, universal, and unifying athletic experience. Their arms are slightly elongated to emphasize the full exertion of physical and mental energy required to excel in this sport. The rim and net are subtle background design elements complementing the three players. Inscriptions are LIBERTY, IN GOD WE TRUST, and 2020. 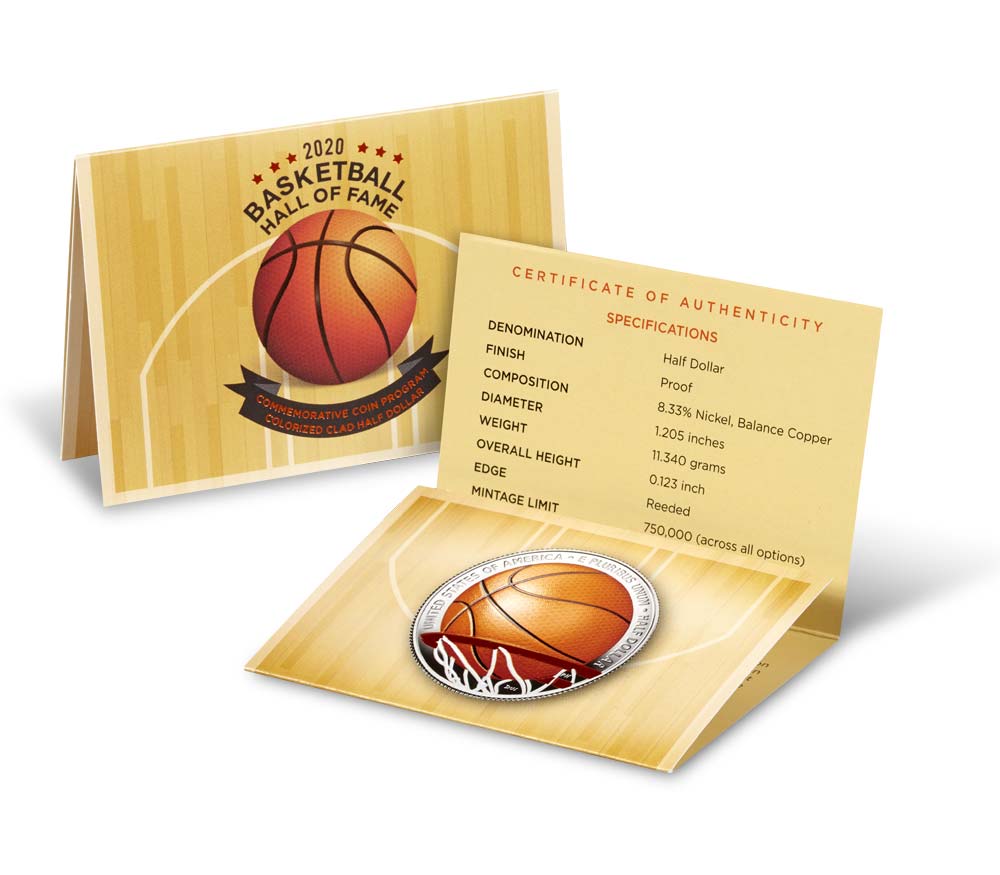 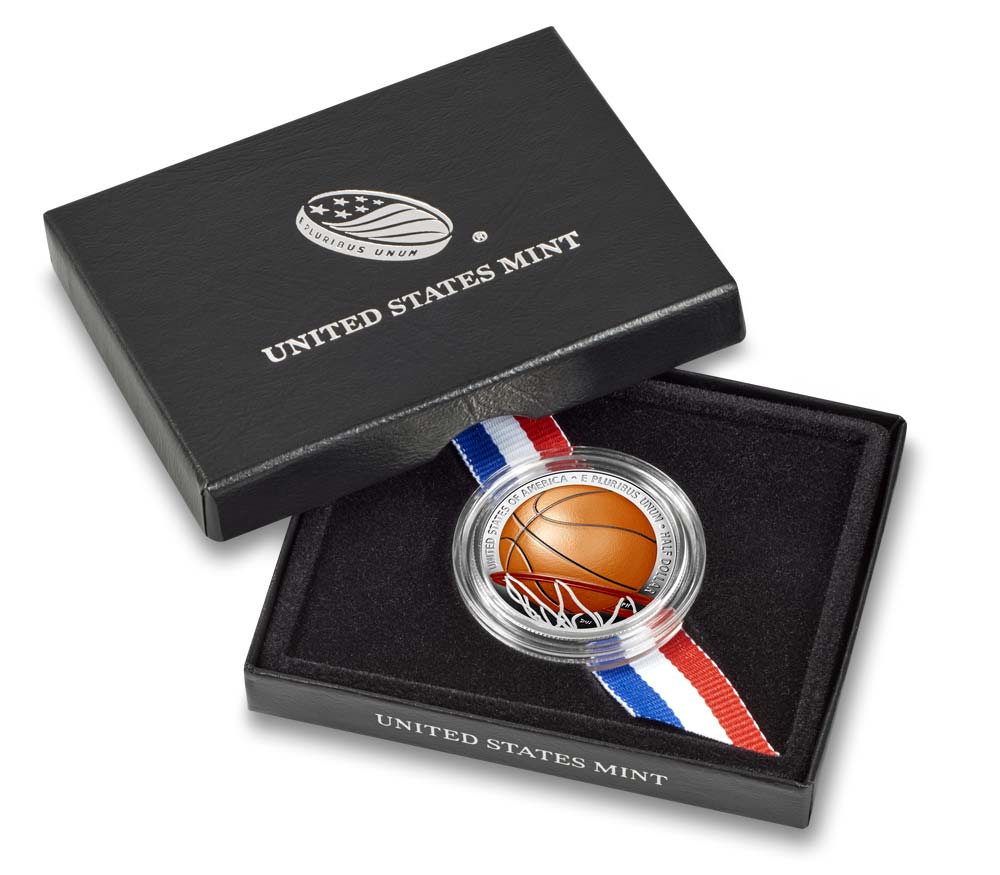 Orders will be limited to two coins per household for each product option for the first 24 hours of sales, after which the limit will be removed. Information about shipping options is available on the website of the United States Mint.

Due to the impact of COVID-19, the Mint’s sales centers are closed until further notice.

Note: To ensure that all members of the public have fair and equal access to United States Mint products, the United States Mint will not accept and will not honor orders placed prior to the official on-sale date and time of August 28, 2020, at noon EDT.