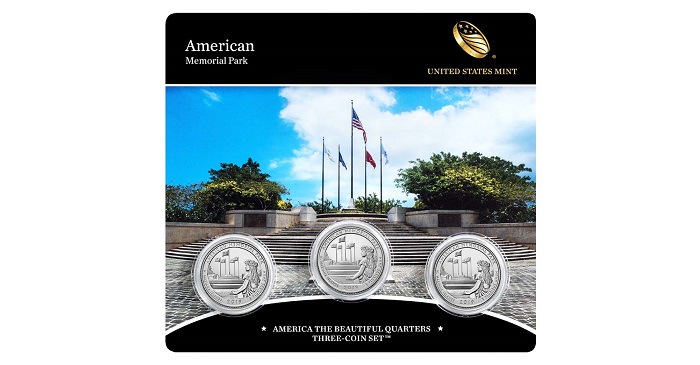 Washington — The United States Mint will open sales for the America the Beautiful Quarters Three-Coin Set containing coins honoring American Memorial Park in the Commonwealth of the Northern Mariana Islands on April 17 at noon EDT. The set (product code 19AE) is priced at $9.95. 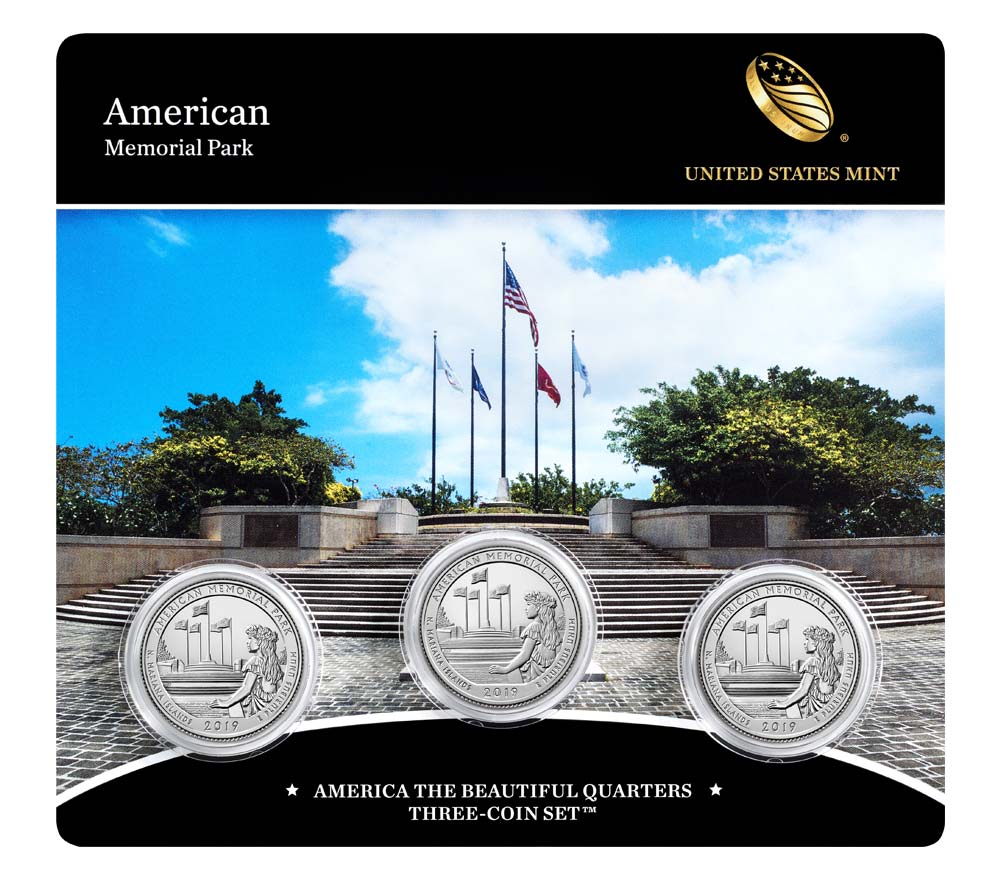 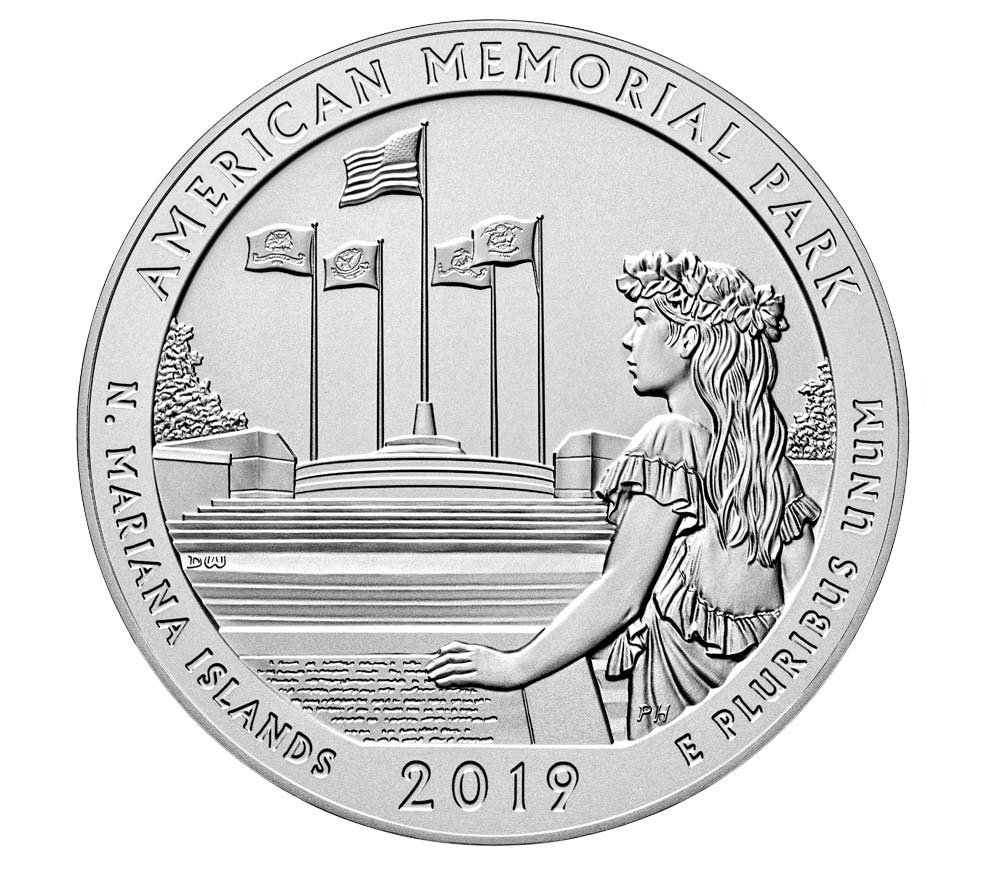 Coins in the set honoring American Memorial Park bear reverse designs depicting a young woman in traditional dress at the front of the Flag Circle and Court of Honor. She is resting her hand on the plaque with text that honors the sacrifice of those who died in the Marianas Campaign of World War II. Inscriptions are AMERICAN MEMORIAL PARK, N. MARIANA ISLANDS, the year 2019, and E PLURIBUS UNUM. 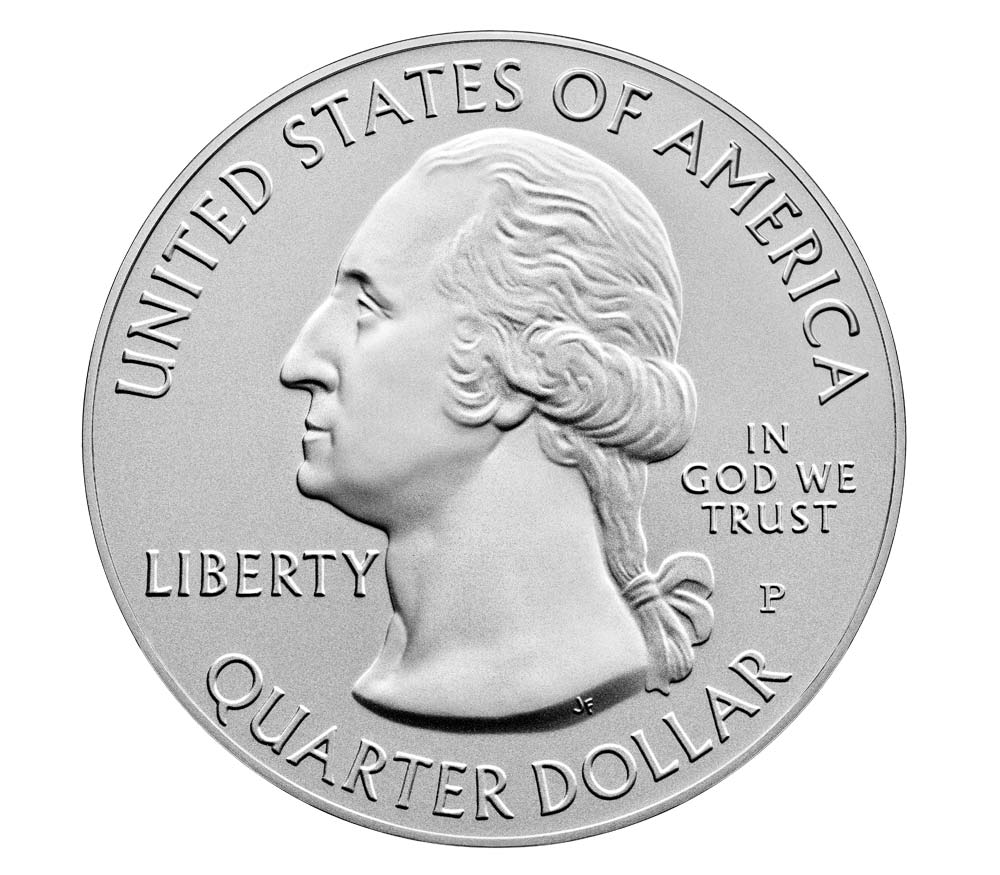 The obverse (heads) of the coins depicts the 1932 portrait of George Washington by John Flanagan, which has been restored to bring out subtle details and the beauty of the original model. Inscriptions are UNITED STATES OF AMERICA, LIBERTY, IN GOD WE TRUST, and QUARTER DOLLAR. 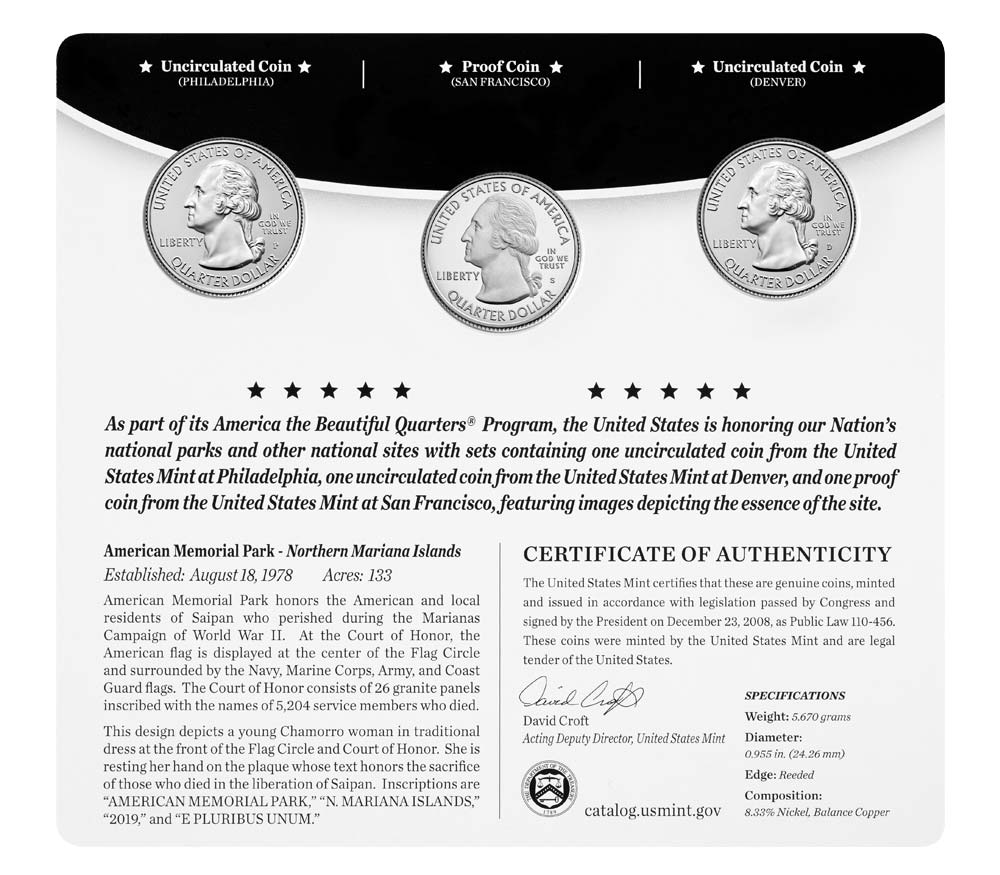 All three coins are mounted on a durable plastic card with an image of American Memorial Park. The certificate of authenticity is printed on the back of the card.

The Mint accepts orders online and 1-800-USA-MINT (872-6468). Hearing and speech-impaired customers with TTY equipment may order at 1-888-321-MINT. Visit the Mint’s website for information about shipping options.

A limited supply of sets will be available for purchase over the counter at various United States Mint sales centers.

Congress created the United States Mint in 1792, and it became part of the Department of the Treasury in 1873. It is the Nation’s sole manufacturer of legal tender coinage and is responsible for producing circulating coinage for the Nation to conduct its trade and commerce. The United States Mint also produces numismatic products, including Proof, Uncirculated, and commemorative coins; Congressional Gold Medals; and silver and gold bullion coins. Its numismatic programs are self-sustaining and operate at no cost to taxpayers.