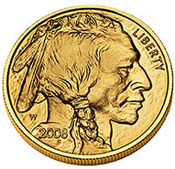 The revenue generated by the United States Mint for their numismatic products dropped 21% to $440.0 million for the 2009 fiscal year. Declining sales attributable to quality issues, the unavailability of certain products, and poor economic conditions were partially offset by strong performance of the 2009 Ultra High Relief Double Eagle Gold Coin.

The United States Mint manufactures and packages numismatic items for sale to collectors and the public. These products include proof and uncirculated coins, annual coin sets, commemorative coins, and medals. Orders are accepted online, by phone, or mail order. The stated objective of the program is to make numismatic products accessible, available, and affordable to the American public. The program is managed to a targeted net margin of 15%.  Any net proceeds are transferred to the Treasury General Fund.

For the fiscal year ended September 30, 2009, the US Mint recorded numismatic program revenue of $440.0 million. This represented a decline of 21.03% from the prior year when sales of $557.2 million were achieved. Net income and seigniorage fell by 50.12% to $41.1 million. The overall net margin numismatic products declined from 14.79% to 9.34% as the result of sales volumes shifting from higher margin precious metals products to lower margin recurring products.

Revenue earned from the sale of recurring products declined by 18.62% to $199.8 million. The US Mint’s Annual Report attributed much of the decline to the delayed launch of the 2009 Uncirculated Coin Set. The 2009 Lincoln Cents included in the sets, which were struck in a special composition of 95% copper, experienced unique tarnish issues. The US Mint delayed the product release until the following fiscal year to address these issues.

Revenue from the American Eagle and American Buffalo numismatic programs fell by 66.81% and 67.39%, respectively. These heavy declines were the result of the unavailability of products for much of the fiscal year. Because the US Mint is legally required to produce certain bullion coins in quantities sufficient to meet public demand, they diverted all available precious metal blanks to the production of bullion coins. The production of numismatic products, which were not legally required, were suspended and in some cases canceled.

The 2009 Ultra High Relief Double Eagle Gold Coin represented a bright spot in the figures, generating revenue of $112.4 million. This product, which did not exist in the prior fiscal year, represented more than 25% of the fiscal year’s numismatic revenue. This single product helped to offset the declines experienced for the other numismatic programs. If not for the contribution of the Ultra High Relief Gold Coin, overall numismatic program revenues would have shown a decline of more than 40%.