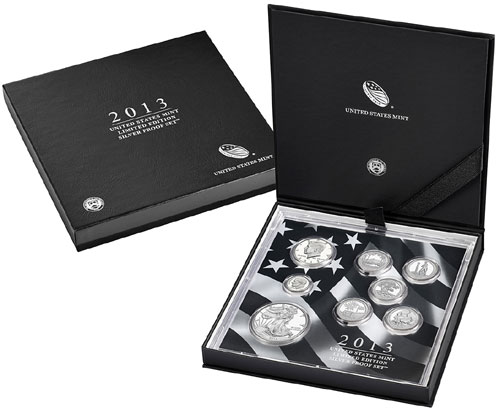 The eight coins are packaged together in a protective lens and presentation case. Production is limited to 50,000 sets, although each of the coins is also available within other products without stated limits.

The price of the set is $139.95. The US Mint is currently offering a promotion for free shipping on domestic web orders. After the promotion ends on December 13 at 5:00 PM ET, the regular shipping charge of $4.95 will apply. There are no household ordering limits in place.

For more information or to place an order, visit http://catalog.usmint.gov/