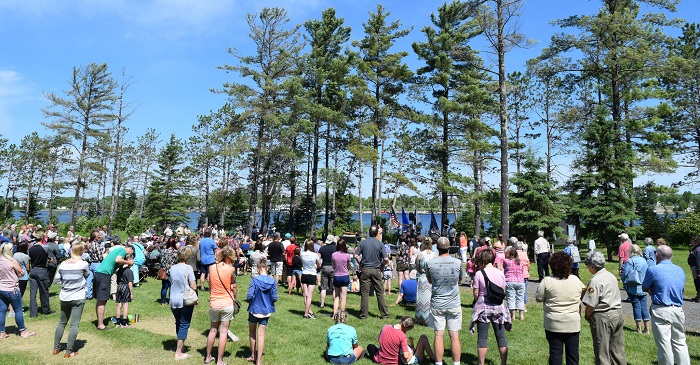 A crowd of 600 people witnesses the June 14, 2018, ceremonial launch of the Voyageurs National Park quarter in International Falls, Minn. The coin is the 43rd release in the United States Mint America the Beautiful Quarters Program. U.S. Mint photo by Sharon McPike. 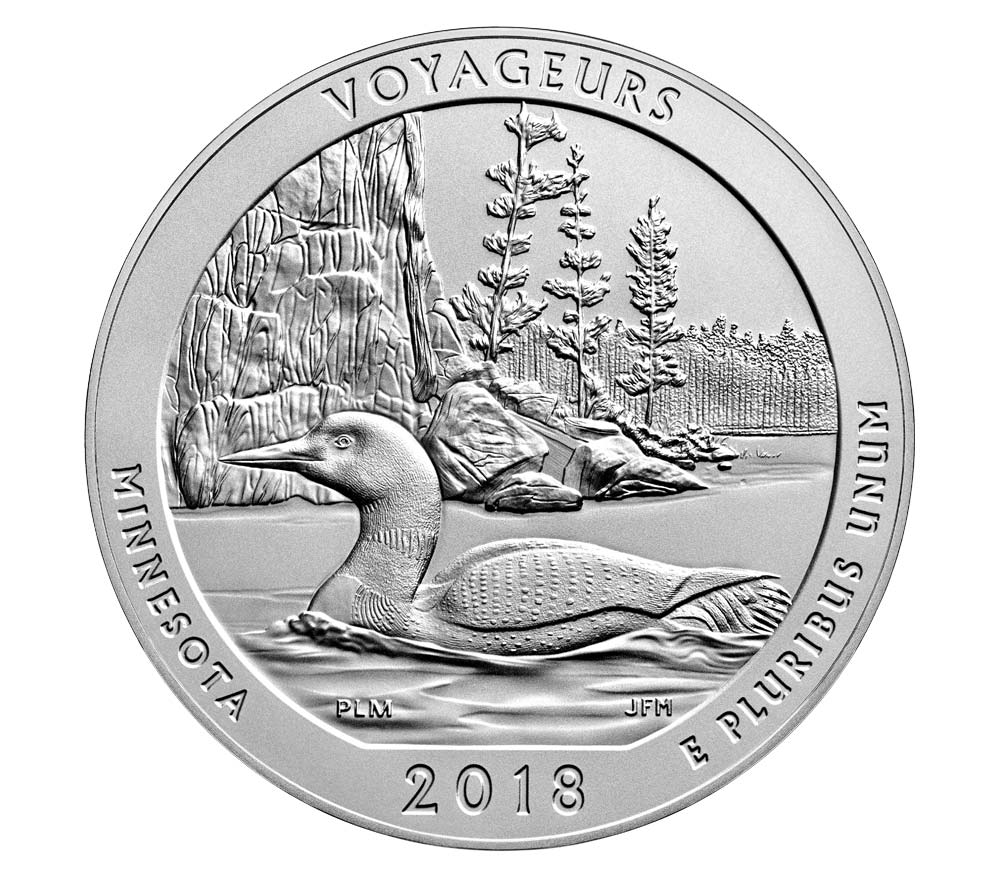 This latest quarter’s reverse (tails) design depicts a common loon with a rock cliff in the background. Inscriptions are VOYAGEURS, MINNESOTA, the year 2018, and E PLURIBUS UNUM. 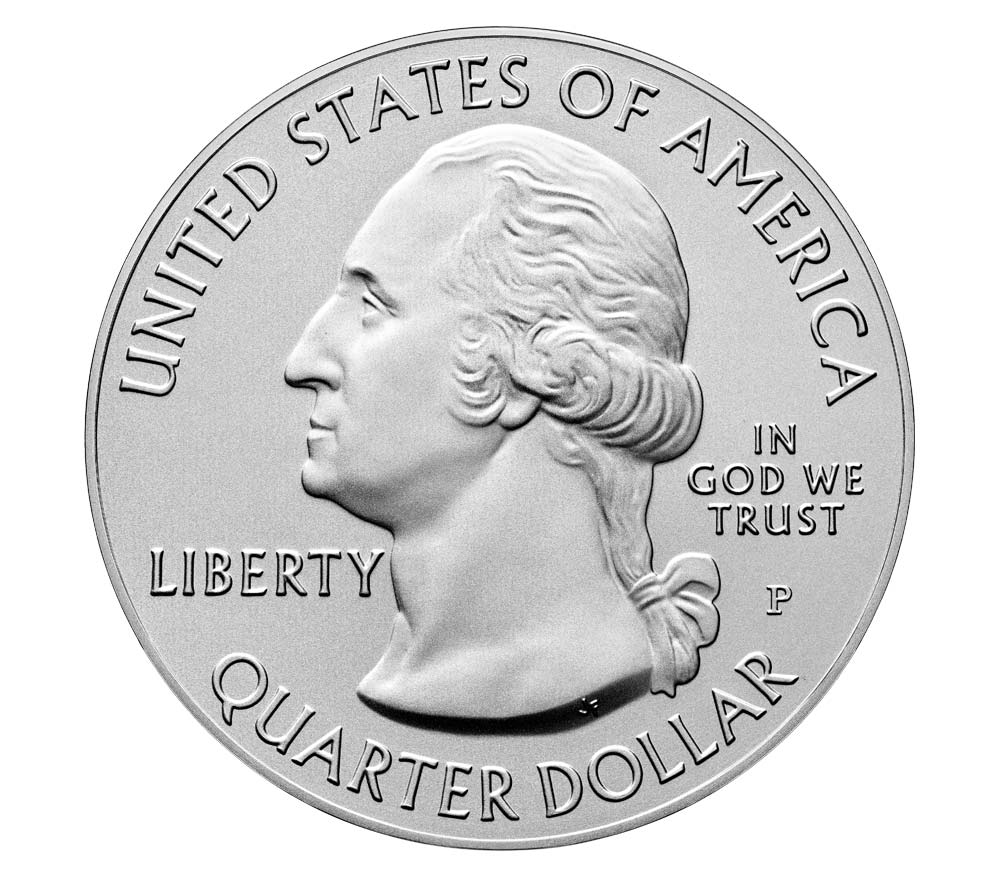 The obverse (heads) design depicts the 1932 restored portrait of George Washington by John Flanagan. Inscriptions are UNITED STATES OF AMERICA, LIBERTY, IN GOD WE TRUST, and the denomination is QUARTER DOLLAR. A digital image of the quarter is available here. 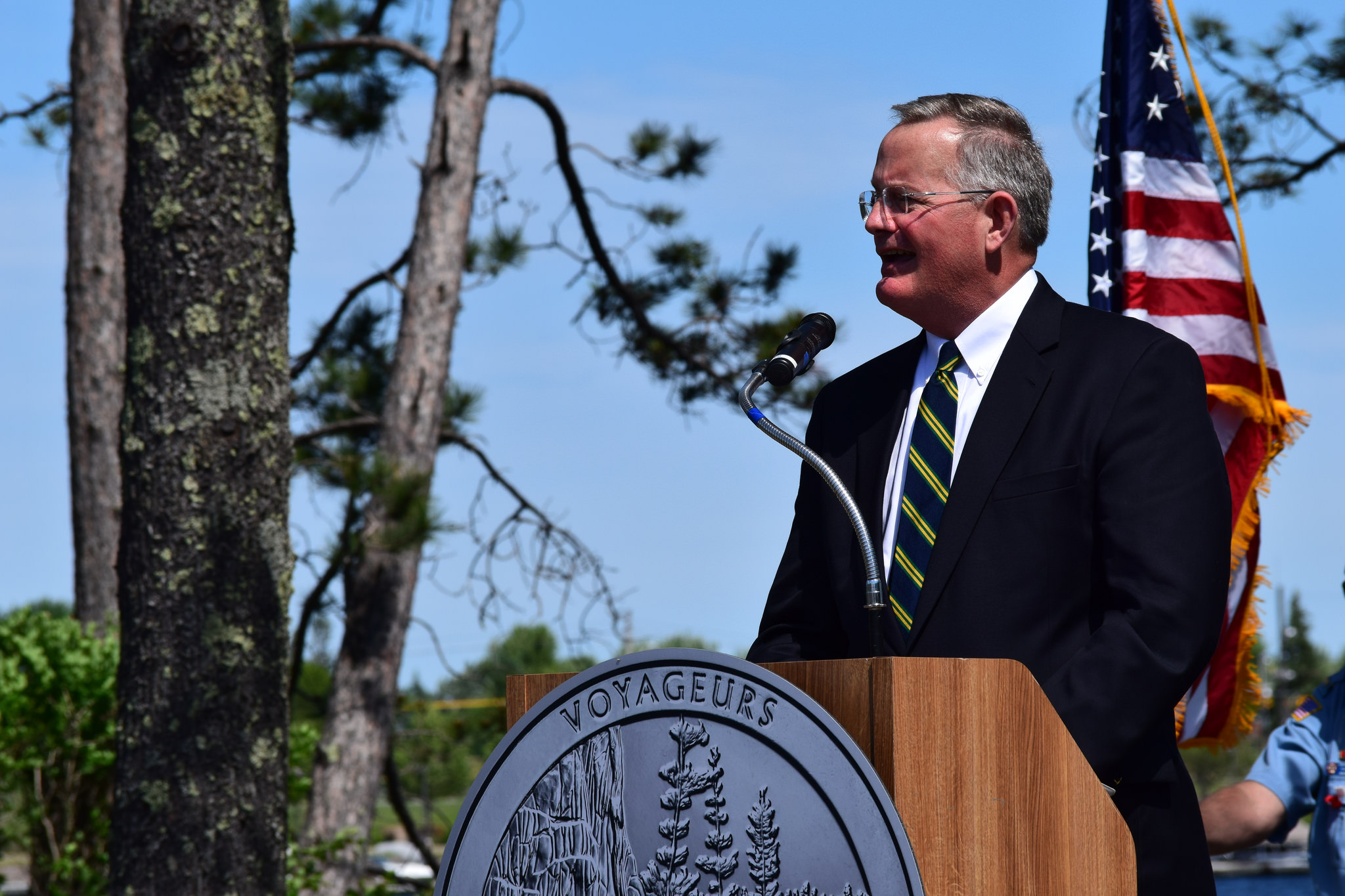 In his remarks during the launch, Mint Director David J. Ryder said, “Just as the loon’s yodels and wails are a distinctive and timeless sound of Northern Minnesota’s wilderness and waterways, the Voyageurs quarter will echo the histories and cultures of the people who have been connected here through trade, industry, and recreation.” 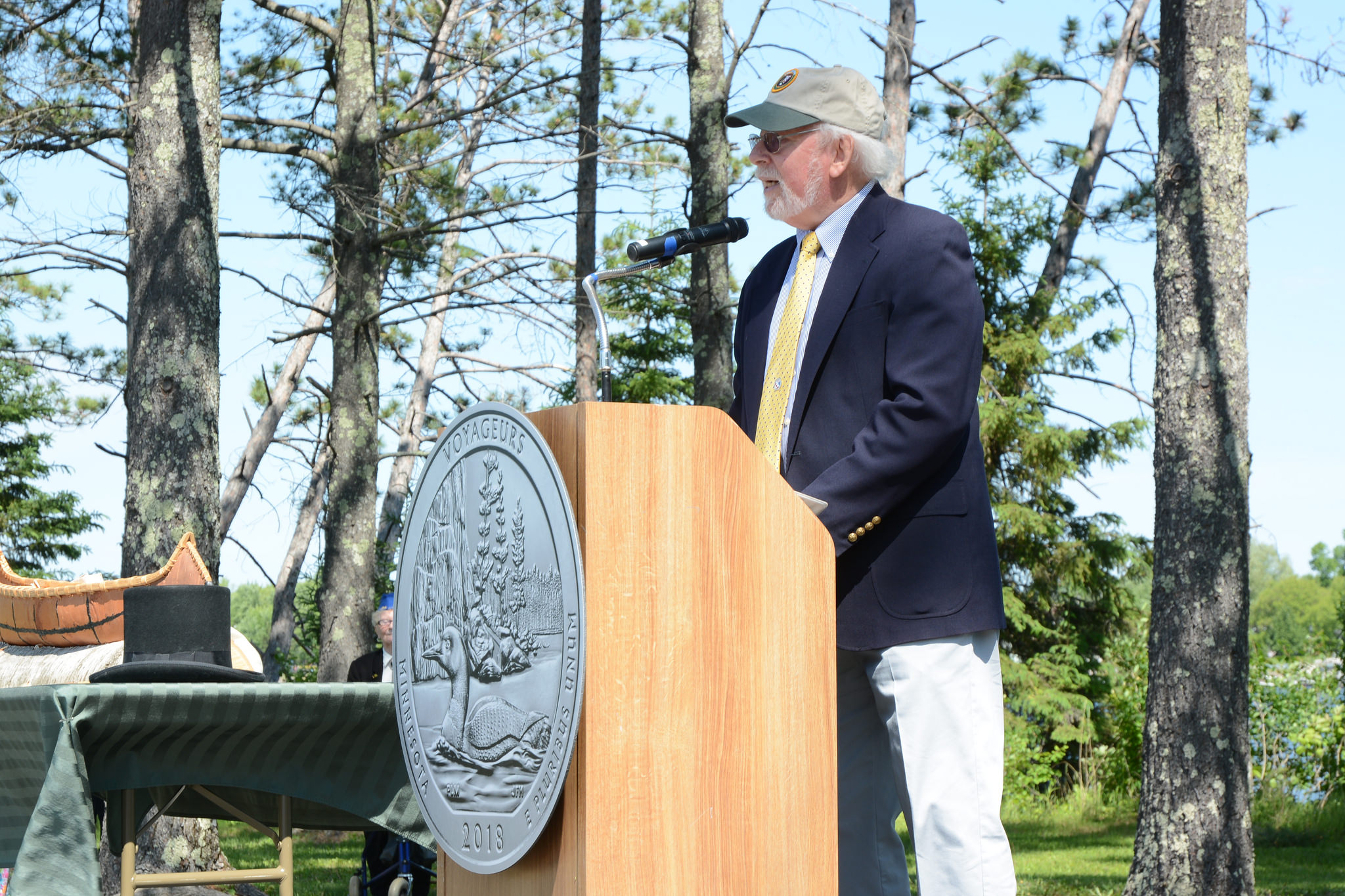 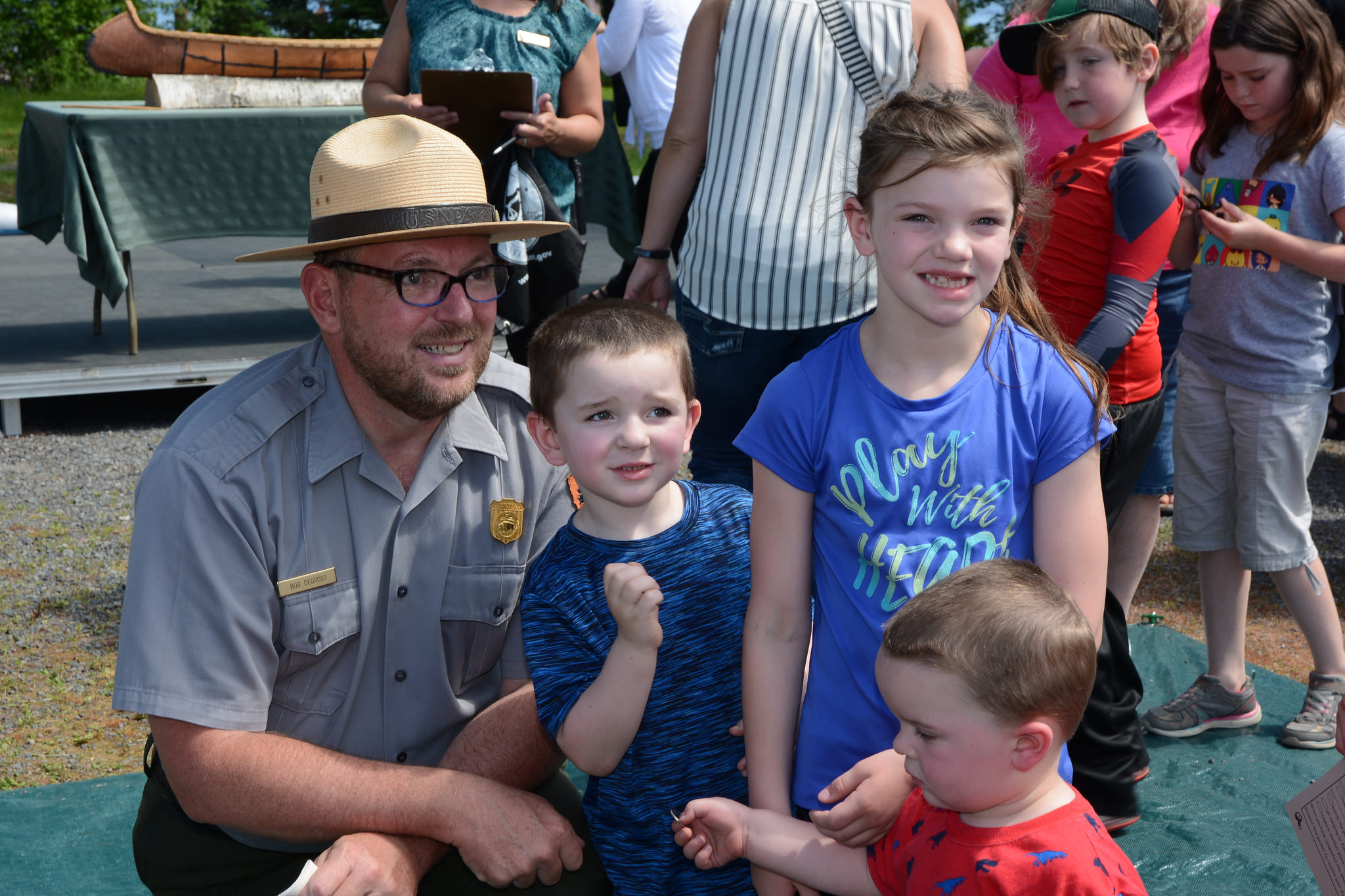 “The beauty and recreational opportunities of Voyageurs National Park in Minnesota make it a fantastic year-round destination for sightseeing, fishing, boating, and hiking,” said Secretary of the Interior Ryan Zinke. “The park’s interconnected lakes, maze of waterways, 2.7 billion-year-old exposed geological layers, campsites, and trails are examples of the many treasures and experiences available on America’s vast network of public lands.” 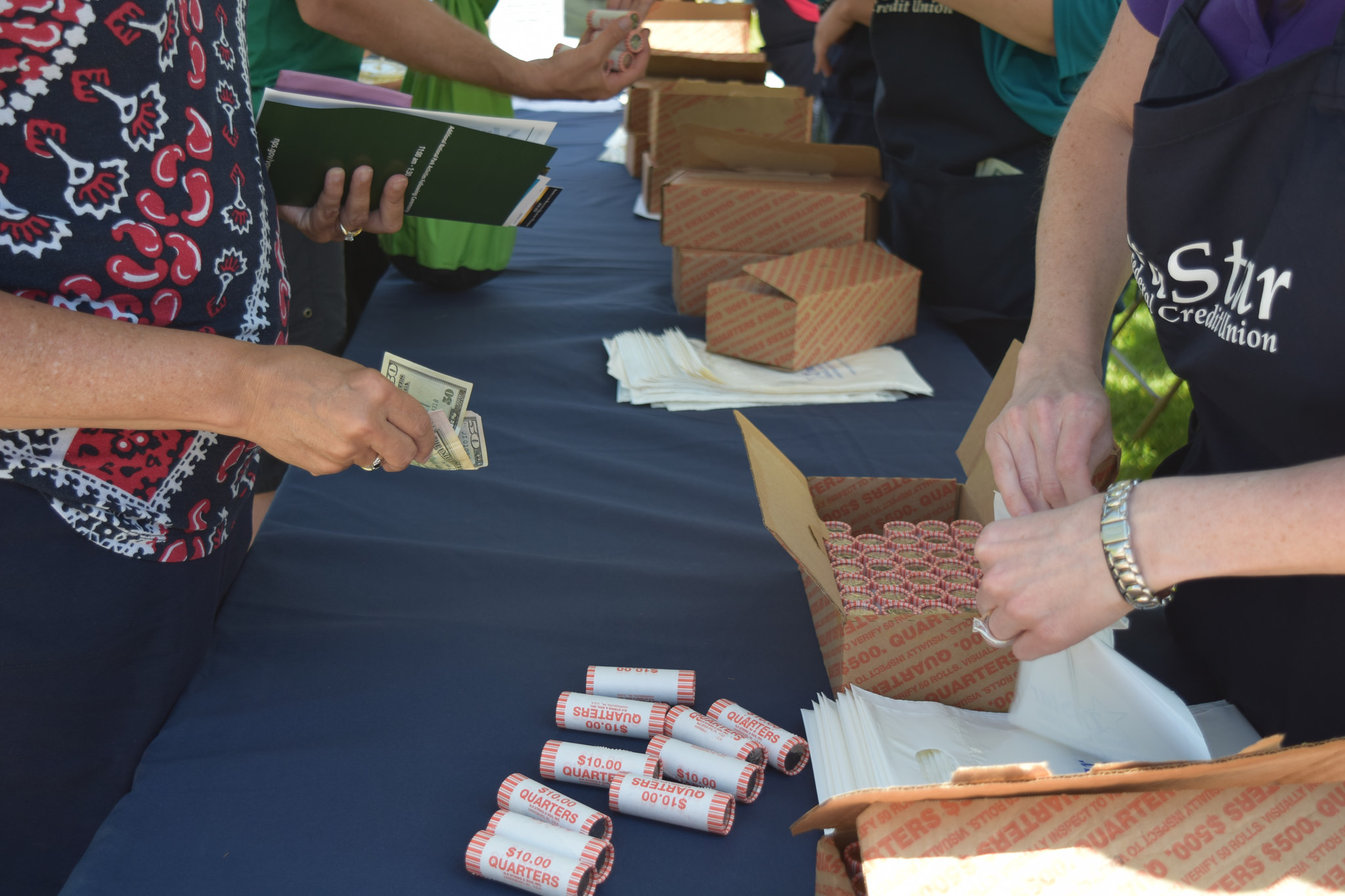 The Mint bookended the coin launch with its customary public coin forum on the eve of the launch ceremony and a currency exchange for $10 rolls of Voyageurs National Park quarters the following day. Products containing the new quarter are available for purchase via the Mint’s online catalog. 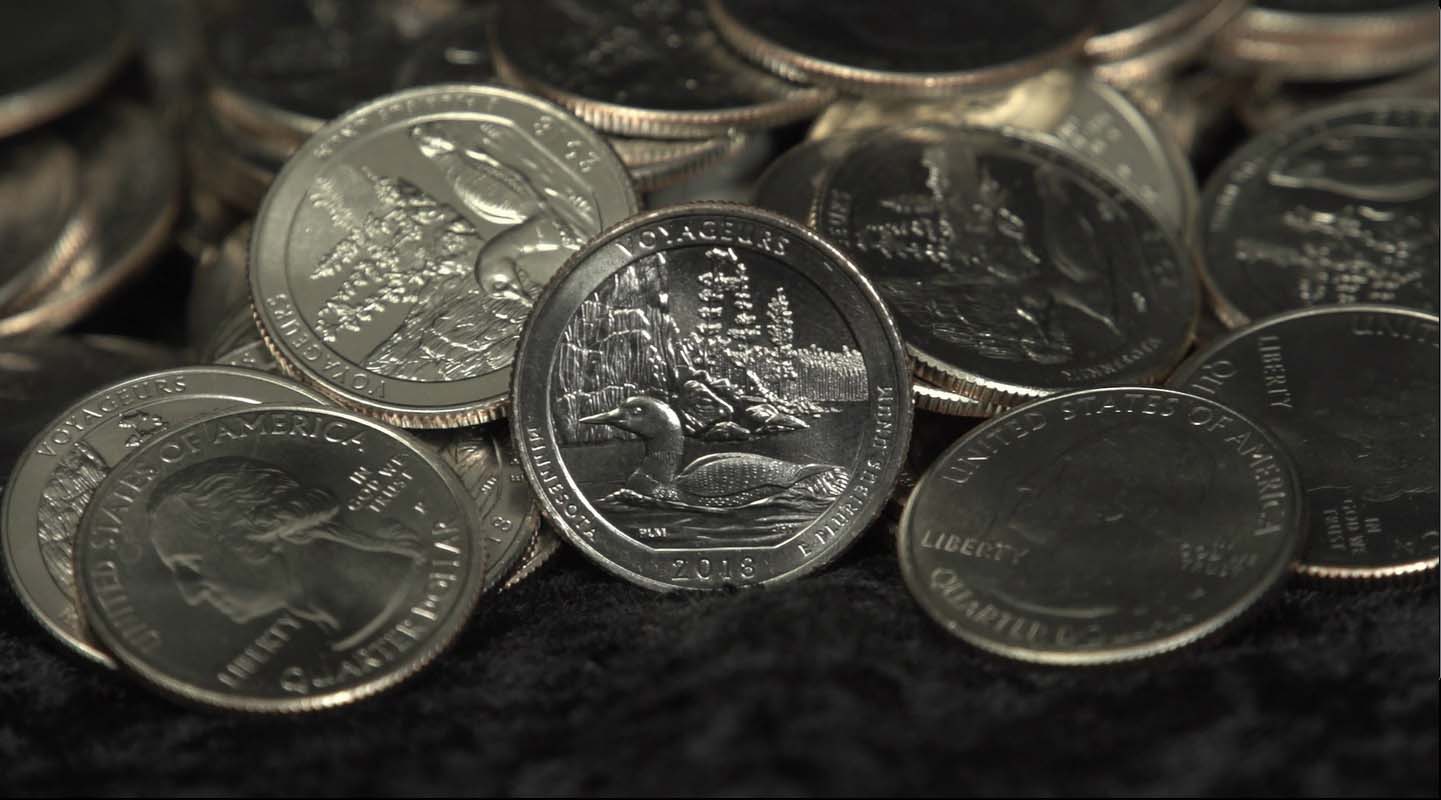 This video shows the inspiration, design, and production of the 2018 Voyageurs National Park coin, part of the America the Beautiful quarters collection: