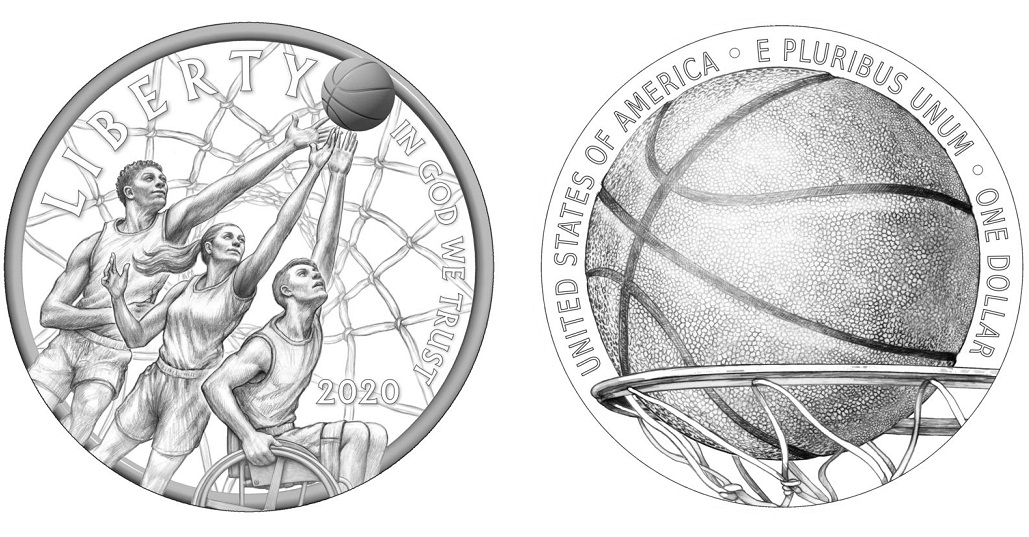 During his remarks, Director Ryder stated that “every day, across the Nation, the United States Mint connects Americans through coins, and it is our great privilege to connect America to the Naismith Memorial Basketball Hall of Fame.” Ryder went on to announce that “the most unique feature of these coins is that they will be the first-ever colorized coins produced by the United States Mint! Coins with Proof and Uncirculated finishes will go on sale April 4th, and the colorized versions of the silver and clad coins will go on sale at a later date.” 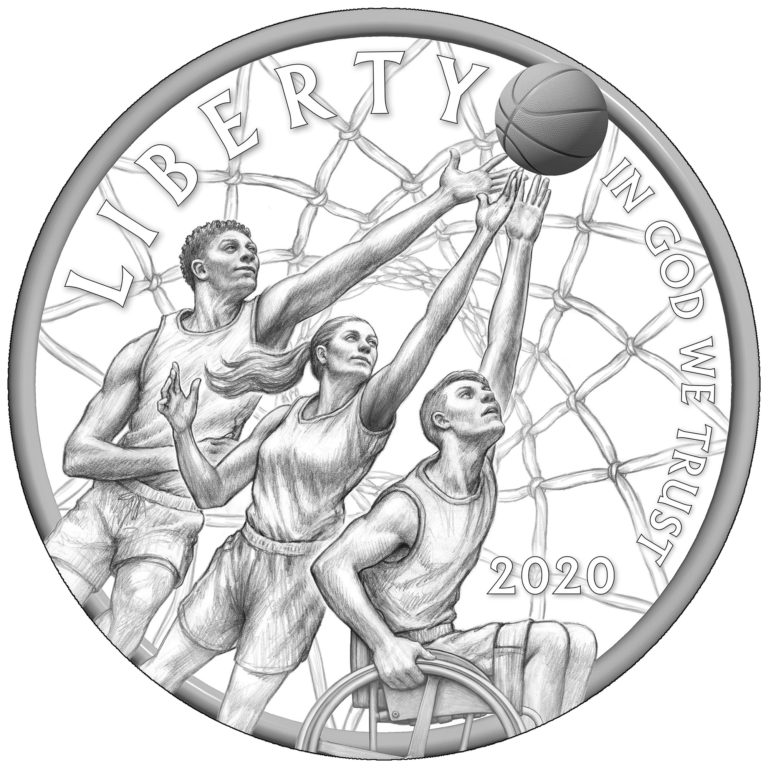 All three coins will be dome-shaped and will feature common obverse (heads) and reverse (tails) designs. The common obverse design features three players reaching for the ball in unison, reflecting how the sport of basketball has brought together diverse people around the world through a simple, universal, and unifying athletic experience. Their arms are slightly elongated to emphasize the full exertion of physical and mental energy required to excel in this sport. The rim and net are subtle background design elements complementing the three players. Inscriptions are LIBERTY, IN GOD WE TRUST, and 2020. 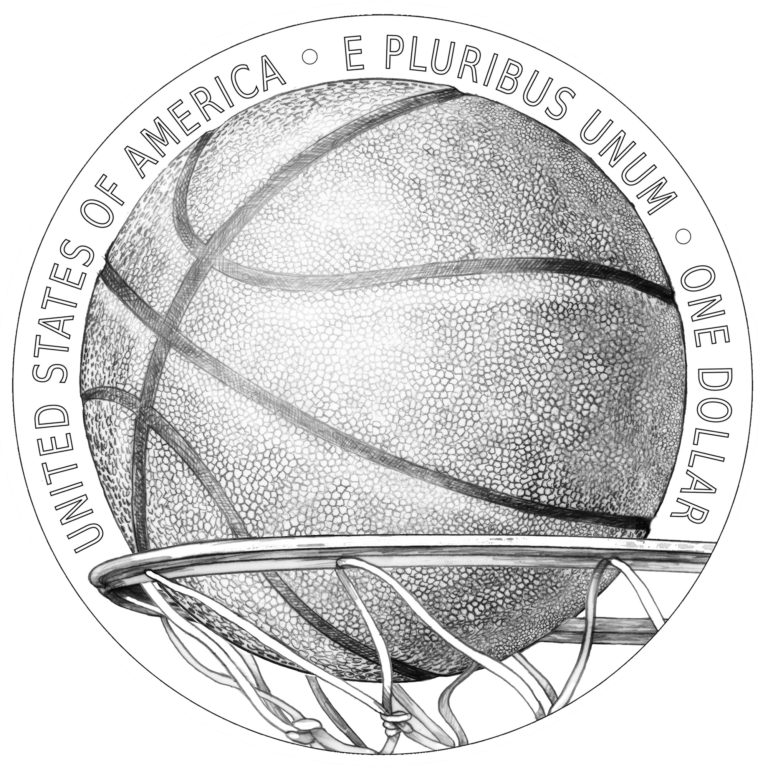 The common reverse design depicts a basketball about to pass through the net, with the inscriptions of UNITED STATES OF AMERICA and E PLURIBUS UNUM. Additional inscriptions include FIVE DOLLARS on the gold coin, ONE DOLLAR on the silver dollar, and HALF DOLLAR on the clad coin.

Mint Artistic Infusion Program (AIP) artist Justin Kunz created the obverse design, which was selected from a public competition as required by the authorizing legislation. The common reverse design is by AIP artist Donna Weaver.

The Mint will produce and issue up to 50,000 $5 gold coins, 400,000 $1 silver coins, and 750,000 half–dollar clad coins. Surcharges collected from coin sales — $35 for each gold coin, $10 for each silver coin, and $5 for each half dollar coin — are authorized to be paid to the Naismith Memorial Basketball Hall of Fame to fund an endowment that will enable increased operations and educational programming.