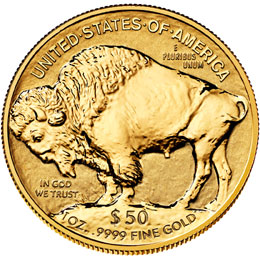 The United States Mint is the world’s largest coin manufacturer, operating six facilities and employing approximately 1,700 employees. The Mint has operated under the Public Enterprise Fund since 1996, which enables the organization to operate without an appropriation.

The Mint generates revenue through the sale of circulating coins to Federal Reserve Banks, bullion coins to a network of authorized purchasers, and numismatic products to the general public. Improvements in both revenue and net income were seen across all three segments.

During fiscal 2013, the improved results for the circulating coin segment were driven by increased production of the quarter dollar, which grew by 118.5% compared to the prior year. The higher seigniorage from this denomination helped offset the decline in revenue from the $1 coin, which is no longer produced for circulation.

Demand for bullion coins reached an all time high during the fiscal year, with sales of 45.9 million ounces of gold and silver bullion coins. An increase in bullion coin net margin resulted in program net revenue more than doubling compared to the prior year.

While demand for certain numismatic products continued to moderate, the contributions from special offerings such as the West Point Silver Eagle Set and 2013 Reverse Proof Gold Buffalo resulted in an overall increase in revenue for the segment. Net income and seigniorage grew by 29.6% due to a product mix shift towards higher margin products.

In light of the improved operating results, the US Mint transferred $392 million to the Treasury General Fund. In the prior year, the transfer had only been $77 million.

See additional articles from Coin Update News examining the results of each segment in more detail: