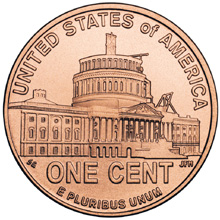 According to information included in their recently issued annual report, the United States Mint recorded nearly $3.9 billion in revenue for the fiscal year ending September 30, 2010, representing an increase of 33.45% from the prior year. Despite the jump in revenue, total net income and seigniorage fell by 19.10% to $405.8 million.

The United States Mint generates revenue through the sales of circulating coinage to Federal Reserve Banks, the sale of bullion coins to authorized purchasers, and the sale of numismatic products to the public. The sale of circulating coins generates seigniorage, which is the difference between the face value and the cost of producing circulating coinage. The bullion program generates a nominal net margin in accordance with the purpose of the program to make precious metals available at minimal cost to investors. The numismatic program is managed to at or below a 15% margin overall.

The increase in total revenue was driven by a 68.48% rise in bullion program revenue, which offset declines for circulating coins and the numismatic program. Since the bullion program yielded a net margin of only 1.9%, the program’s record results could not offset the drop in seigniorage.

Edmund Moy, who had served as the Director of the United States Mint during the fiscal year, called it one of the most difficult operating environments in the Mint’s 218 year history. He cited the lower demand for circulating coins and the record high demand for bullion.

The US Mint operates under the Public Enterprice Fund without an appropriation. Money in excess of anticipated needs is transferred to the Treasury General Fund. For the 2010 fiscal year, the Mint transferred $388 million, compared to $475 million in the prior year.