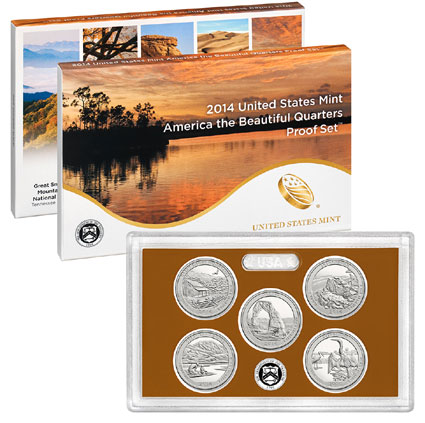 All five quarters included in the set feature an obverse design containing John Flanagan’s 1932 portrait of George Washington. The reverse design of each coin represents each of the following five National Parks.

The proof coins included in this set are struck at the San Francisco Mint and carry the “S” mint mark.

The 2014 America the Beautiful Quarters Proof Set represents the fifth annual release for the program, which will feature a national park or site from each state, territory, and the District of Columbia. There is no mintage or household ordering limit for the product.

Pricing is indicated at $14.95 plus applicable shipping and handling. Orders may be placed online at http://catalog.usmint.gov/