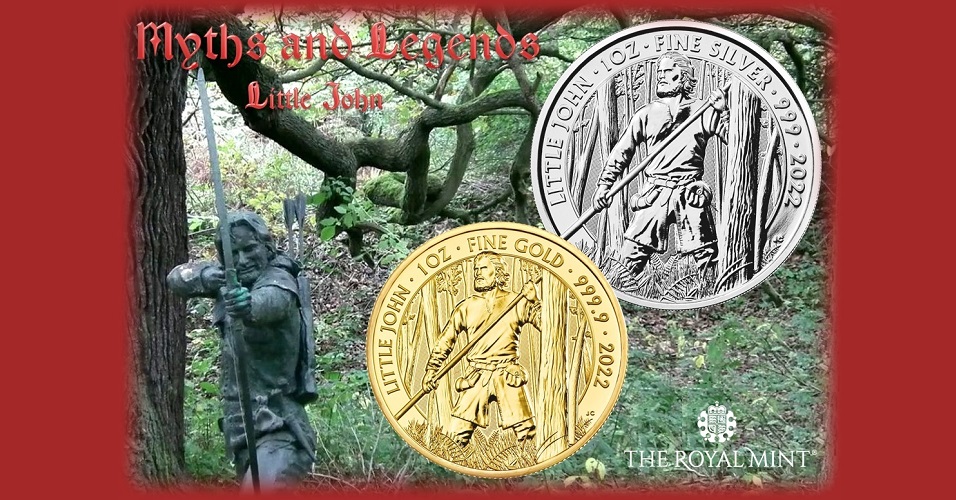 The Royal Mint has released new gold and silver one-ounce bullion strike coins, which are the third and final coins in a trilogy depicting the story of Robin Hood. Launched in 2020, the “Myths and Legends” collection is inspired by the traditions of storytelling and folklore, passed down through centuries and generations.

For the third and final reverse side, designer Jody Clark has brought the legend to life, depicting Little John amongst the strong trees and branches of Sherwood Forest that echo the strength and steadfastness of the character. The text LITTLE JOHN 1 OZ (FINE GOLD 999.9) or (FINE SILVER .999) 2022.

The obverse side includes the fifth effigy of HM Queen Elizabeth II also created by engraver Jody Clark and introduced onto British coins since 2015. The denomination of 100 POUNDS (gold) or 2 POUNDS (silver) is included in the legend surrounding the Queen’s likeness. 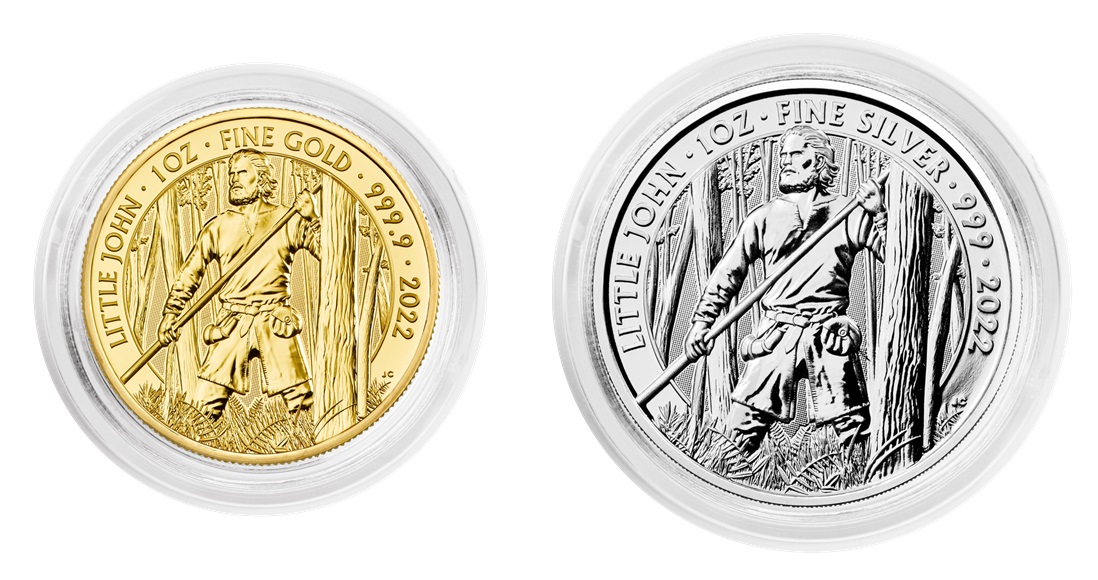 Each coin is individually packaged in a single capsule and available in quantities of up to 100 pieces per order. For additional information, please visit the website of the Royal Mint (gold) or here (silver). The coins are also available through a network of international bullion distributors.