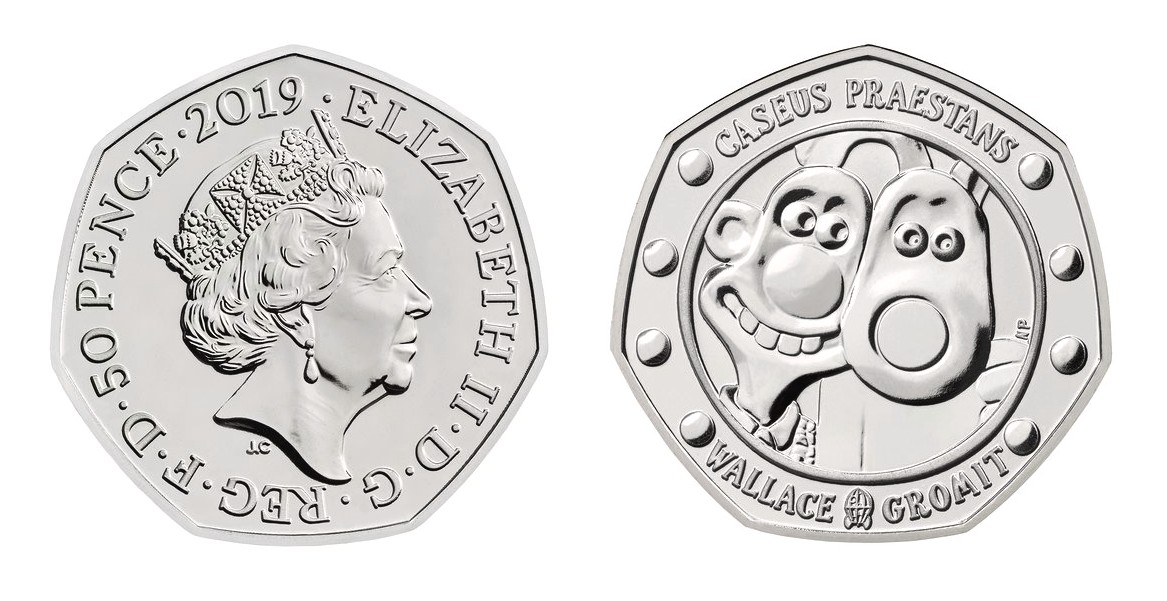 The Royal Mint has launched (29th October) new coins celebrating the 30th anniversary since the creation of the lovable clay-made characters, Wallace & Gromit.

Ever since the short film entitled A Grand Day Out was first screened on British television in 1989, Wallace — a good-natured, eccentric, and Wensleydale cheese-loving inventor — along with his companion Gromit — a silent yet fiercely loyal and intelligent dog, became one of the nation’s most-loved iconic duos. The pair went on to star in three further half-hour specials and are internationally celebrated, winning over 100 awards at festivals, including three Academy Awards and five BAFTA Awards. Nick Park, the creator of Wallace & Gromit and director at Aardman, commented on the release of these new collector coins by saying:

When A Grand Day Out was first screened 30 years ago, we never expected for Wallace & Gromit to become such a long-standing, well-loved series around the world. It’s been an honour to work with the Royal Mint to bring the pair to life in a new way, and everyone at Aardman is so excited to see the pair on a coin. 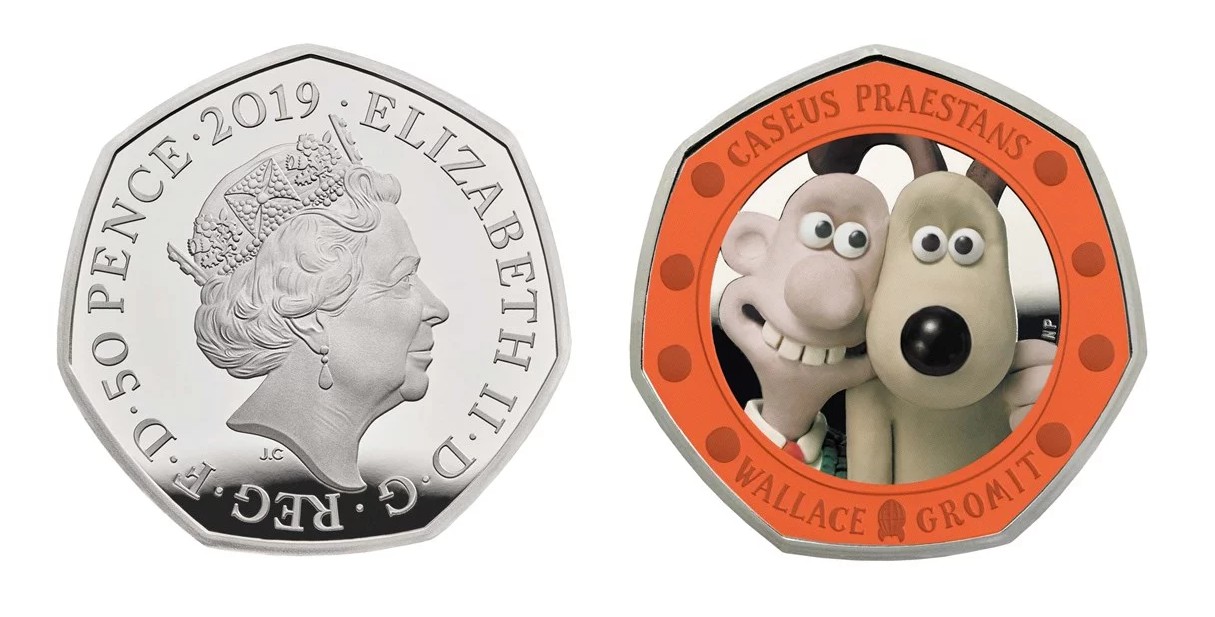 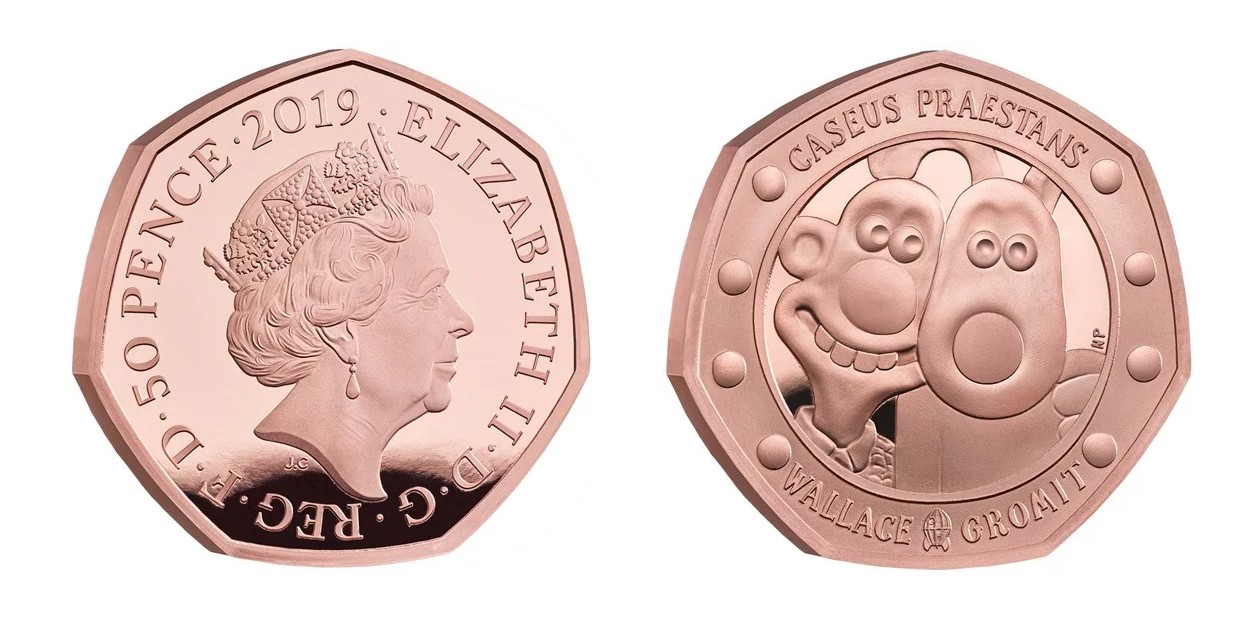 The reverse design of the colour-struck coins is inspired by the original Wallace & Gromit short film, A Grand Day Out, which sees the pair build and launch a rocket ship to the moon, where they enjoy a picnic of moon cheese and crackers. The reverse design, which includes full colour on the sterling silver strikes, cleverly features the Latin inscription CASEUS PRAESTANS (translating to “cracking cheese”) and also depicts Wallace and Gromit and the outer shell of the rocket ship that took the duo to the moon. The reverse side was designed by the creator of Wallace & Gromit, Nick Park, and the team at Aardman Productions, the company behind the creations and founded by Park. The obverse side includes the fifth numismatic effigy of HM Queen Elizabeth II created by Royal Mint engraver Jody Clark that was introduced onto British circulating and commemorative coinage in 2015. 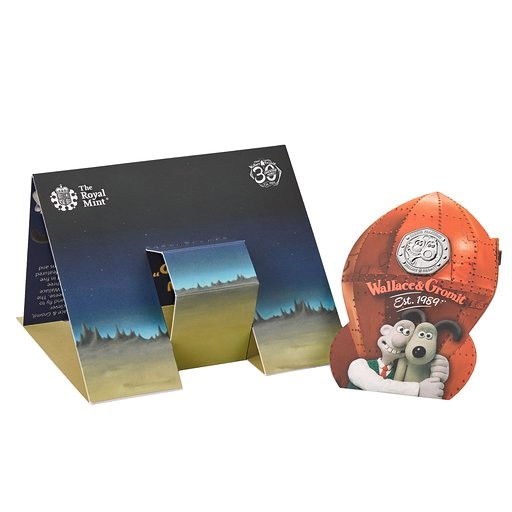 The Royal Mint has advised that these commemorative coins will not be entering general circulation. Purchasing the coin as an individual purchase is the only way to add this coin to any collection. 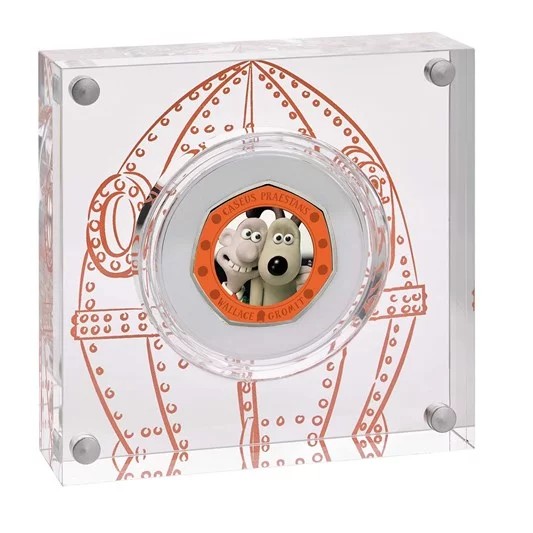 Fans of the duo will be able to strike their own Wallace & Gromit coin at the Royal Mint Experience Visitor’s Centre in Llantrisant, Wales, where there will also be Wallace & Gromit sets on display for a limited time only. On 1st November, Aardman model making experts will be running clay modelling workshops from the visitor centre, where visitors can create their own Gromit to take home. 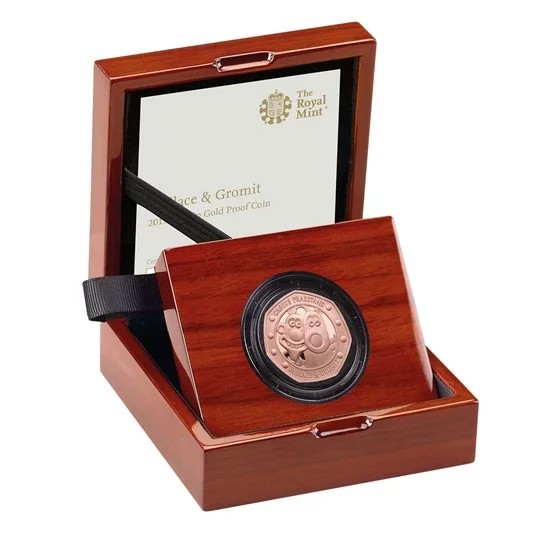 For additional information about these coins and others available from the Royal Mint, please visit their website.

United Kingdom: Adventurous travelling bear, Paddington, out and about in the city of London once again on new coins